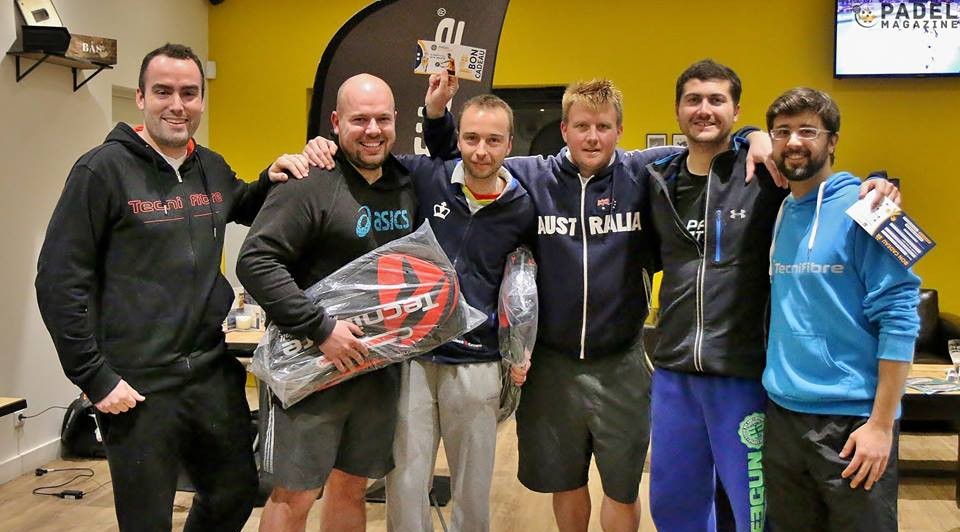 This weekend, Padel Attitude organized its expert padel tournament bringing together many of the best pairs in the north of France.

If the most famous of the Nordic pairs Johan Romanowski / Thomas Dulion was not present, other pairs present were ready to delight the trophy of this competition as Destombes / Saleta or Nollet / Ryckaert.

But one pair was particularly tough: Landtsheere / Lecomte.

A very well balanced pair who managed to win the padel tournament without much warning until the final. It must be said that on the right a player who made no mistake and the other a gunner capable of sending smashes on the other field, it was almost impossible mission to win.

However in the final, a few drops fell for the winners of the day. Opposite, a pair that joined together and played for the first time together: Burelli / Binisti. The Burelli / Binisti pair misses the mark at the start of the match when they get 2 break points without being able to achieve them. The players held their service, but at 4/3, the Burelli / Binisti pair lost their commitment on an express shutout on a game that was totally missed on their part ... It will be the only one of the match but one too many since opposite, the local pair gives nothing and remains very strong on its services despite a few alerts.

The final is finally won by the Lille pair Landtsheere / Lecomte very satisfied with their performance and who enters the closed circle of winners of the expert tournament Padel Attitude.