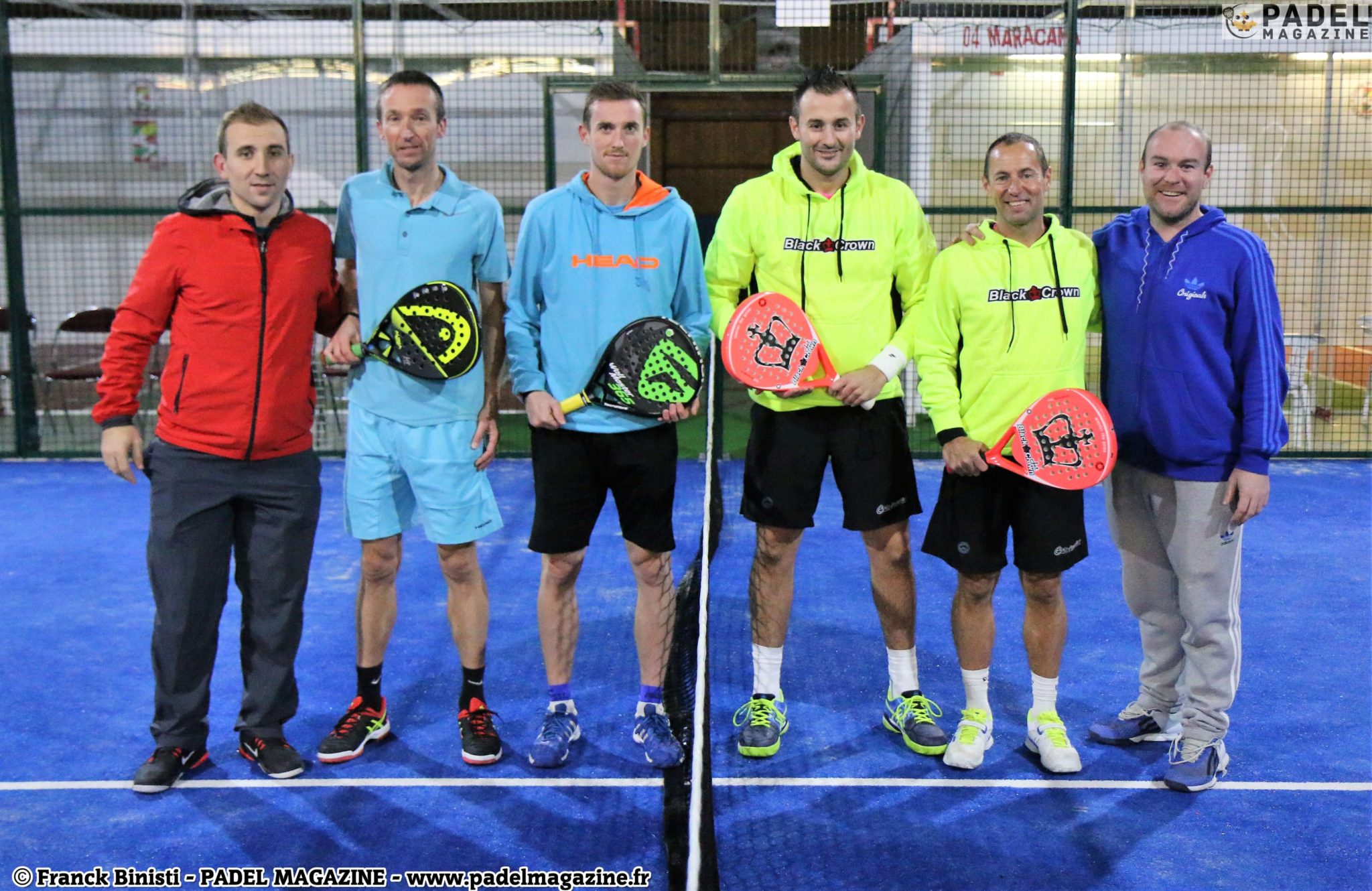 4e arrives at the 2016 padel championships in France the pair Lapouge / Veber continues its great momentum by winning the Master My Padel Tour 2016 at US Wissous Tennis / Padel.

High level from the hens

It was necessary to be particularly sharp this Sunday to win The Master My Padel Tour at the new padel club in Wissous in the south of Paris. This Master concluded the circuit after tests that will have taken place all over the Ile-de-France, not to mention Orleans.

In this Master composed of 2 pools of 5 pairs, the first two pairs of each of the pools reached the main draw. In pool A, Bourgouin / Theunynch finished first in pool ahead of Quillet / Kosir. In Pool B, Veber / Lapouge came out first in their pool after having saved a match point against Lepanse / Gimenez. The Garnier / Meslin (Laval) pair won the final ticket for the main draw.

In the semifinals, The Garnier / Meslin and Bourgouin / Theunynck match ended in a super tie-break in favor of the locals. Very balanced game, even if the Laval residents may have some frustrations in the second set, which they lost sharply 6/1.

In the other semi-final, the pair Lapouge / Veber unfolds against Ruiz de Conejo / Maigret. Despite some blazing Adrien Maigret and serious games of Sebastien Ruiz, but too high and low against the favorites of the tournament. 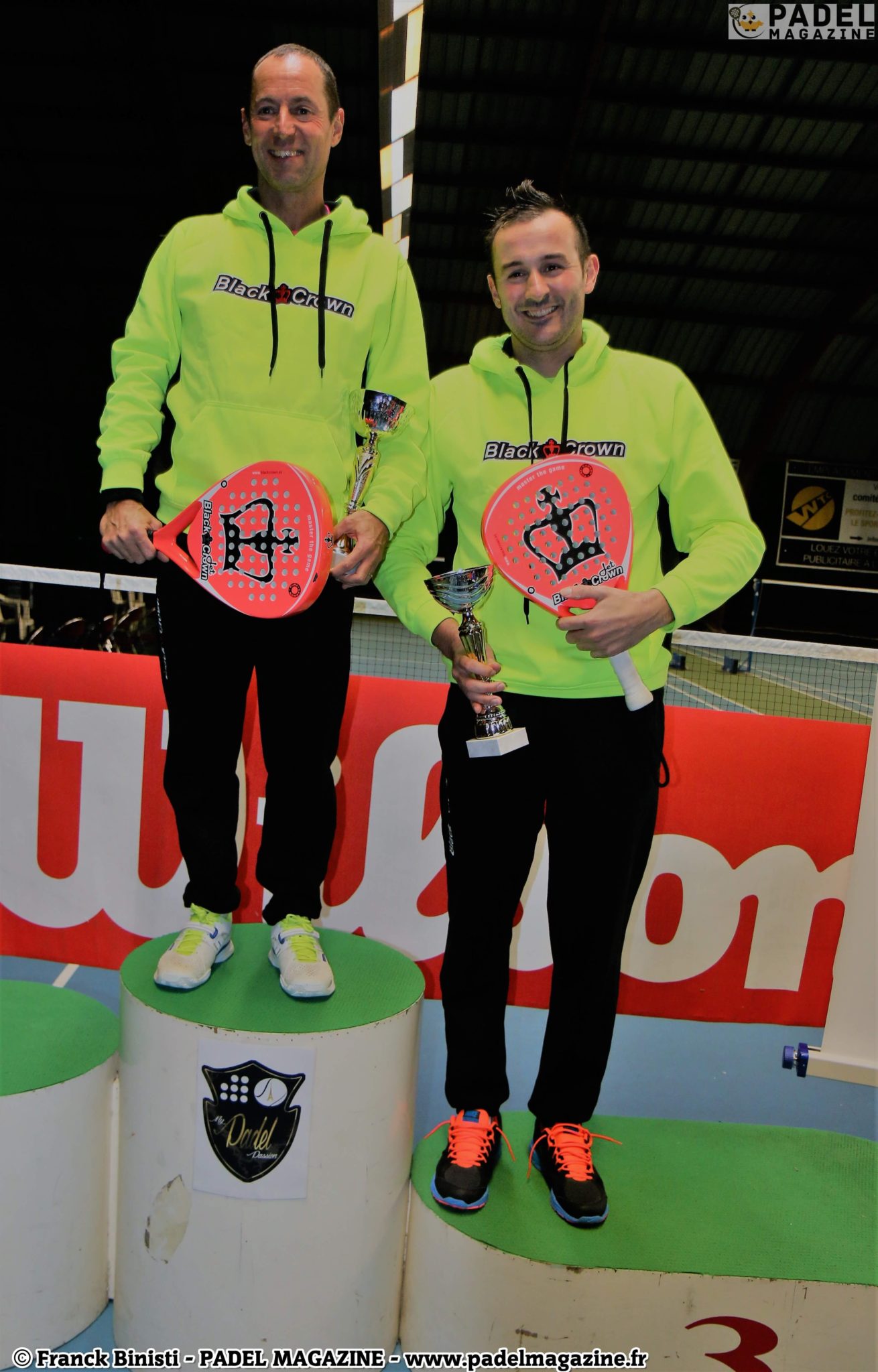 In the final, Bourguoin / Theunynck and Veber / Lapouge give us a great show. The show and the game The player who will make the most of him: Maxime Bourguoin who realizes a huge match with points from nowhere. For Sébastien Ruiz, one of the players of the competition and coach at Bois d'Arcy (The Padel Club): "Watch out for this player, Maxime Bourguoin keeps improving and we could see him more and more in the coming weeks / months at this stage of the competition.". And what about Cyril Theunynck, author of a very serious match with him also some point of defense off the pitch completely "locos".

But there is a "hic": the pair Lapouge / Veber is a wall. "No pasaran" would be their saying. We do want to believe it. If in a group match, they were not so impressive that, the final was once again the proof, it will be necessary to count on these two for the next championships of France padel.

In the first set, the gaps are very small, to the point where we all believe in a probable tie-break to decide between the two teams. But once again, in key moments, the Lapouge / Veber pair ended up breaking and winning this first set 6/4. In view of the first set, the score is severe when we see the game proposed by the pair Theunynck / Bourgouin. But that's how it is, and it's THE trademark of the 11th players at the World Championships in padel by team.

In the second set, it's more complicated for the pair Theunynck / Bourgouin. She gives up 6 / 3.

The pair Lapouge / Veber marks again the spirits thanks to this victory even if now this pair is awaited by all the others in each tournament. "We became the pair to shoot in a tournament ", Tells the winners. And it just seems to be starting!

"My Padel Passion is over"

This weekend was the last My Padel Passion event. "Next year, we will not have any"Explains the founders of the circuit Sylvain Gimenez and Loïc Le Panse. "These competitions require a lot of work and it becomes more and more complicated to manage everythingr ". The clubs have taken advantage of their skills to perform great events, but these players padel in France also wish "enjoy their passion".

One of the triggers is this rule about "prize money". "Already that it is complicated to return in his expenses when making a tournament, the FFT now requires the organizers to offer Prize Money to increase the category of a tournament". Result : "Let's look at Lyon, Toulouse or Aix, we'll see some Spanish players, sometimes associated with French elsewhere, make their market in France since they will be certain to win the competition and therefore the prize money "Explains the organizers.

Perhaps this rule should be relaxed or the system revised. The debate is open.