Beyond the competition, it is once again a victory for our sport which is being introduced more and more into TV programs.

A final which will thus be broadcast to potentially several hundred thousand people in a country where the padel is on a great dynamic.

The Paraguay Master of the APT Padel Tour had a few surprises in store for us, including this certainly somewhat unexpected final between Pablo Barrera / Nico Egea and Federico Chiostri / Gonzalo Alfonso.
For Pablo Barrera / Nico Egea, it's a second final in 2 stages of the APT Padel Tower. And whatever happens, they will be sure to take the lead in the circuit next week.
The final is scheduled for 11:00 a.m. local time (15:XNUMX p.m. in France) live on the APT Youtube channel Padel Tour, and therefore also live on the local TV channel: Unicanal. 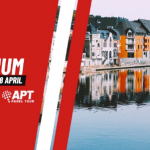