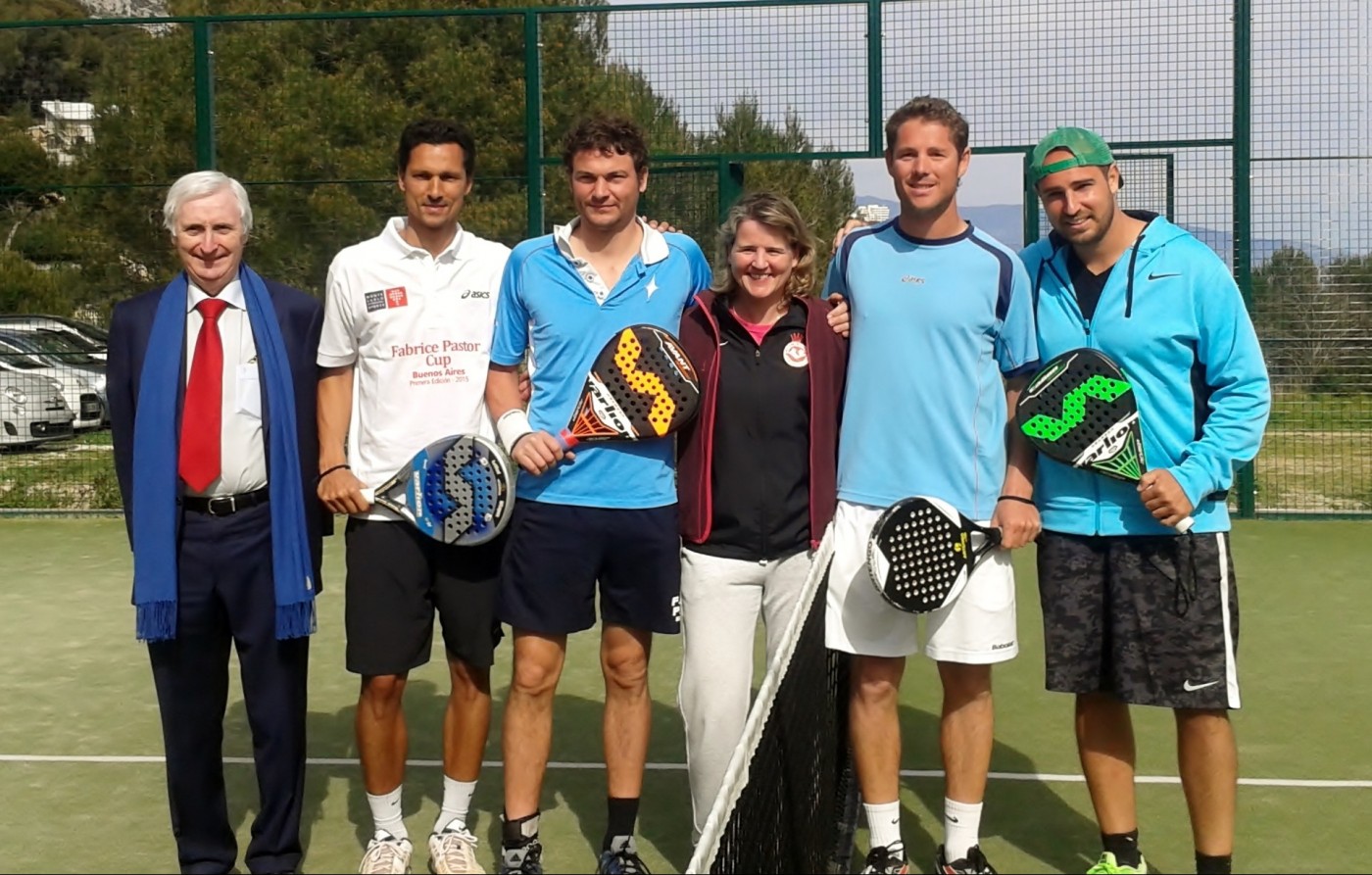 The 1er official FFT official padel tournament in France took place on 28 and 29 Mars 2015 at the Royal Riviera Padel Club in Beausoleil (Alpes-Maritimes). 27 teams entered, 43 matches played on 2 short for 2 days.
The sun was also at the rendezvous to celebrate this first in France. A nice atmosphere, lively games played by pool system and final table online. All matches were played at the best of 9 games with tie-break at 8 everywhere. As Christian Collange, director of Tennis Soleil and co-manager of the padel club, tells us:

The FFT has recovered the padel from some time. Federal approval has been in effect since March 1 of this year, and as we had a tournament scheduled for the end of March, it was important to us to be the first. We submitted the file and received the homologation 2 days before the start of the tournament. It was a bit tight in terms of timing but it was good to launch the 1st federal tournament in France. The interest of homologation is to be able to attract the best players and for the players to be able to rank. All our tournaments padel will now be systematically approved.

The winners of this first edition are Laurent Bensadoun and Jérémy Scatena in the Elite category who defeated Lionel Vinciguerra and Julien Ottomani on the score of 9 / 5. Laurent and Jérémy are part, as insiders know, of all the best French players, they have won several titles of champion of France and represented France in international competitions.
In the Espoirs category, Patrick Cédras and Grégory Galliano won the 9 games final at 6 against Luis Serrano and Damien Millecamps.

Kristina Clément, one of the best French players and the Royal Riviera Padel Club, announces that the next edition will take place the 6 and 7 next June with a men's tournament AND also a women's tournament!