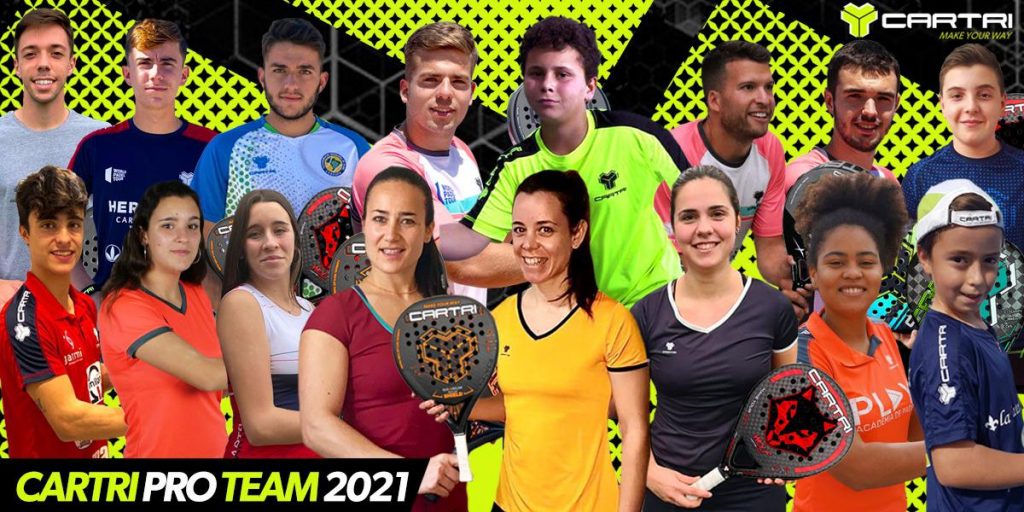 The countdown begins ! The start of the season padel 2021 is approaching and the members of Team Cartri are completing their preparation to face all their challenges in the best possible conditions.

With a team of young talents, and increasingly sharp professionals, it's time to prepare with optimism for a season that should be full of surprises, new things, and great moments to share both on and off the slopes.

This year, no less than 20 players will take part in the various courts: those of the World Padel Tour, of the APT Padel Tour, FIP, different Spanish leagues, and even the junior championships, with several very promising young people!

On the World Padel Tour

On the WPT, two major novelties: the signing ofAlicia Blanco, 39th player in the standings, who joins the brand, but also Lucia Martinez placeholder image, 30th in the ranking and figure of the brand, which will now also wear Cartri clothing! Still among girls, it will also be necessary to count on the youngest Silvia lopez et Alba Perez, who will be keen to perform on the World Padel Tour.

Among the gentlemen we always find Pedro Meléndez, 234th in the standings Adrian Ronco, 160ème, David Antolin, 140th, and José Solano, 99th, coming out of an unprecedented 2020 season, with a first 1 / 8th final of the Open, and who will necessarily want more in 2021!

About the APT Padel Take the Tour

Young people José Pedro Montalban and Diego Pascual will present in Paraguay for the first tournament of the year of World Padel Tour. These two 18-year-old players, who have been accompanied by the brand for years, will take their first steps in the padel professional!

Cartri is not afraid to bet on the very young, with the little nugget Christian guerrero, 9 years old, who already makes a lot of talk about him, and his elder Juan Zamora “Coquito”, 13 years old and already multiple world champion!

But that's not all, in this very promising team we find the young Andalusian champion Alejandro Calvo, the number 1 cadet 2020 Aaron Pico, and the twins Eunice and Priscila Rodriguez, who are taking their first steps on the WPT! 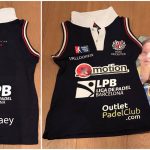