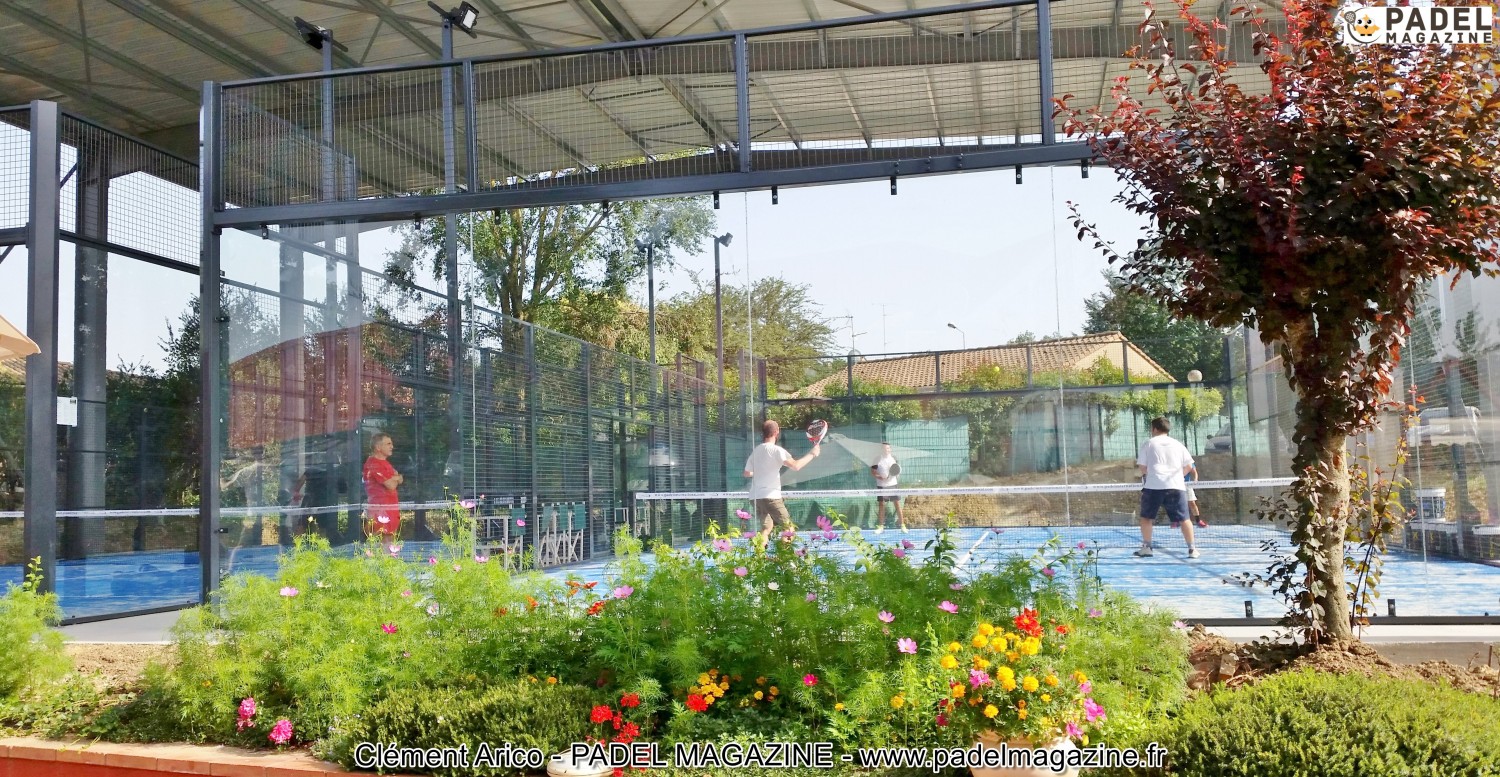 The Midi-Pyrénées region is renowned for being a stronghold of Padel French. The Club de l'Hers is one of the pioneering clubs that have bet on the padel a few years ago.

Their 1er Padel group, the Chitas have come a long way to discover this sport, under the leadership of Béatrice and Robert Nicolau.

With 2 extra short, just before the 1ages Padel Regional Championships under the auspices of the French Tennis Federation (FFT), these 2 panoramic, semi-covered terrain are not too many.

They were installed right at the entrance of the club, There will be no more excuses for those who still do not know the sport.

26 teams have registered for this regional padel championship, mainly the Club de l'Hers and the Blagnac Tennis Club (tennis clubs affiliated to the FFT). For this tournament, the league has gathered Brice Bernard (for tennis) and Bastien Blanque (for Padel) to establish the seed and the table.

The TMC format was chosen to allow everyone to play as many matches as possible. No matter when you lose, you are still in the race to earn FFT points and rank in this competition. .

Hostilities began on Friday evening with 20 matches already offering a spectacle on these new courts. A delight !

The best pairs on the rdv

Saturday, the serious things begin, the heads of series return to the track and make respect the logic of their statutes. Only the pair Frédéric Aranda / Olivier Disbeaux beat the seeded pair number 2 (thanks to their tennis ranking) and goes to the semifinals where it will logically lose to Carité / Salle (6 / 3 6 / 0).

The Demi, on Sundays, it's hot!

In the main draw, the games are fierce. In the semifinal, TECLES / BENSIMON and BLANQUE / BERNARD have certainly offered the match of the weekend.

The first set is won not without difficulty, 6 / 2 by the pair Bastien Blanque and Brice Bernard but everything did not go as well in the second set. Indeed, it will be more hooked, more tense too.

Breaks and debreaks follow one another, the BERNARD / BLANQUE pair even gets a match point at 6/5 TELCLES service, but a very good serve allows the match to continue and to reach the tie-break of the second round.

In the tie-break, the two teams did not give up, a real pleasure and it was finally TECLES / BENSIMON who won the second round 7/5 in the tie-break.

As the third round, it's the famous 10-point super tie-break. TECLES / BENSIMON got off to a good start to achieve the mini break and lead 3/0, but the opponents came back and took the advantage. The smashes rain, the volleys fuse.

At 9/7 in favor of the pair Emmanuel Tecles / Eyal Bensimon, The stress rises, and at this game, Blanque / Bernard were very good. They go on 4 successive points to finally win 11/9 in the super tie-break.

After two spectacular semi-finals, the ranking matches are also over.

The final, CARITE / SALLES vs BLANQUE / BERNARD starts at 15h precise. The first set, saw the superiority of the first cities by inflicting a severe but customary 6 / 0 to their opponents. The decisive point being for many without disrupting the players so far.

The second set starts again and we see a very nice show, a high level padel, Alexis Salles flat smashes, punching smashes by Bastien Blanque or Cédric Carité, a very nice defense of Brice. Bernard. It follows no less than 6 breaks, 3 on each side to end up at 5 / 5 in the second set.

It is finally CARITE and SALLES who cry victory (6/0 7 / 5a after a last magnificent blow in defense and become the 1er Padel regional champions of the Midi-Pyrenees Tennis League.