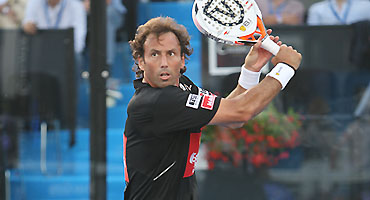 More than a match, the story is written. This match shows the world number one playing hand in hand with Hernán Auguste shortly before his retirement as a professional player.

The Padel Pro Tour (PPT) is the most famous and challenging professional paddle circuit in the world. The best players in the world met at this competition.

The last point of Hernán Auguste is exciting. He tries to save the last ball of his career in the semifinals of the Master EStrella Damn, but this last ball is too complicated to resume and it is Seba Nerone and Sanyo Gutiérrez who reassure themselves. by winning this historic match.

Hernán Auguste is known to be the oldest player in padel history to win a Pro Tour tournament.

If he lost the match, he won the ovation of the public and the deep respect of his peers.