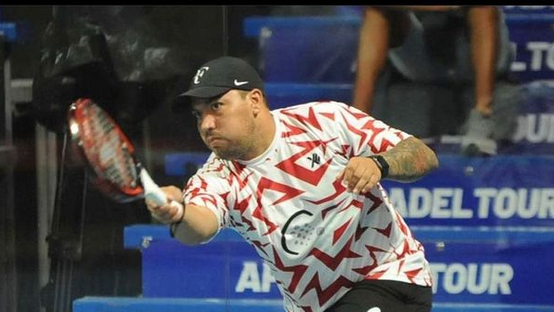 The images have gone around the web, Ariel Aguirre is went totally crazy during a Copa Side Spin match…in front of his brother!

If you follow the APT a bit Padel Tour, you must know Leo “Tolito” Aguirre, 13th in the standings and player recognized for his talent and his exceptional shots.

Leo, 24, is the little brother of Ariel, 35, also a football player. padel and currently 132nd in the APT ranking.

As part of the Copa Side Spin held last week in Argentina, the two brothers found themselves face to face. Visibly upset at getting roughed up by his little brother and partner Agustin Torre, Ariel began to get very aggressive when he and his teammate were trailing 6/0 4/0. The one nicknamed “Tolo” started to go crazy on the track, which earned him a disqualification. After coming off the track, Ariel cracked downright, coming back onto the court to slap Torre from behind.

The player has since apologized on his Instagram account. We just hope that this type of situation will not happen again anytime soon…