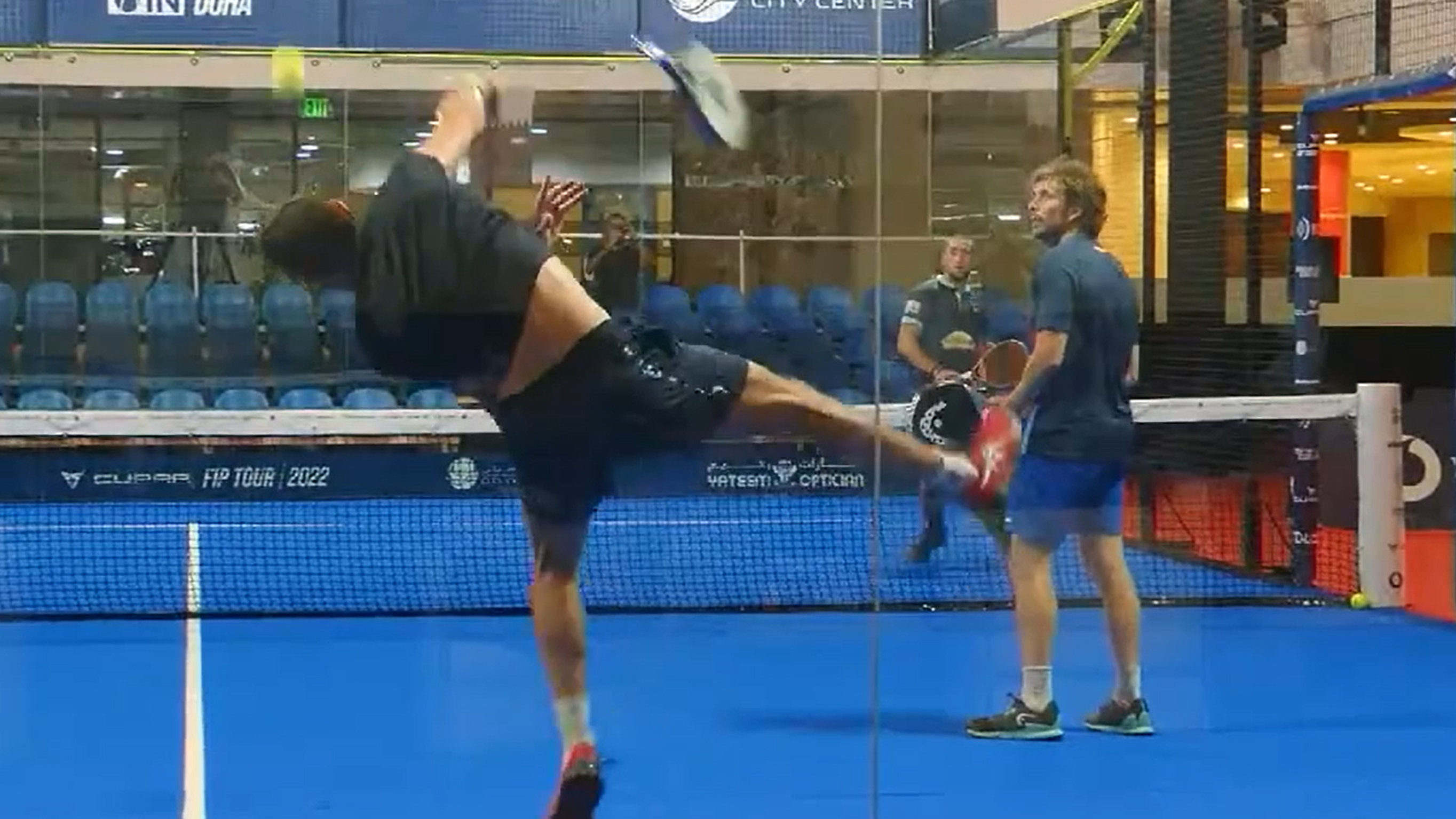 This is certainly the image of the weekend with this racket flying away and hitting Adria Mercadal heavily, Jérémy Scatena's partner at FIP ​​STAR PADEL IN.

The author of this blow, Jérémy Scatena, alias "bazouscat" dropped his racket at the time of the smash. The lace of the Frenchman's pala certainly broke, which caused this rather surprising blow.

A game fact that did not distract the Scatena / Mercadal pair, who managed to win this second set 6/0 to reach the final of the tournament!