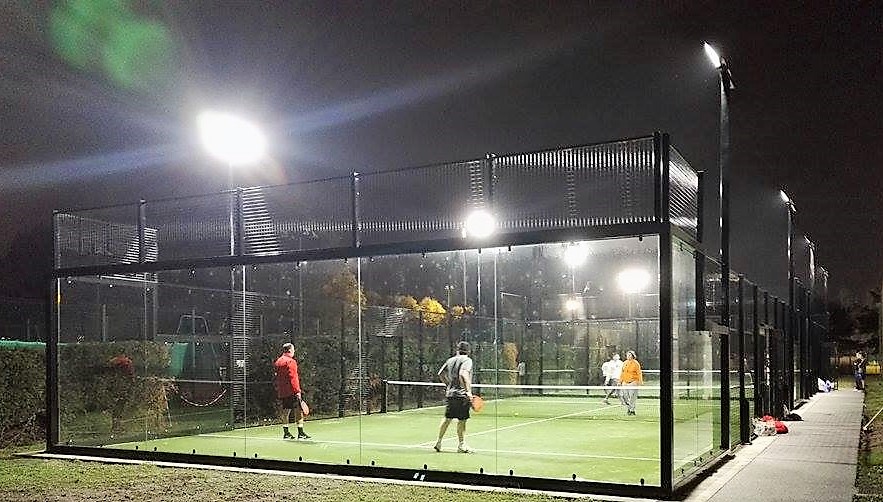 The Lou Tennis Padel, tennis club of the 7e arrondissement of Lyon now offers 2 paddle courts. A new adventure that begins. Ivan Masson, the marketing and development manager of the padel tells us everything.

1 / In what spirit did the club want to enter the padel?

The President of the club, Sébastien Faure has been interested in the project for several years now because he immediately hooked up with sport from his first exchanges. The project therefore gained momentum last year since he contacted Henri Leconte for the construction of two Padel outdoors. Our objective was to give new impetus to the club and to revitalize it with new members. The Padel is still a young sport in France and we are convinced that it will continue to develop in the coming years.

2 / What will be the policy put in place by the club to boost the padel?

First of all I wanted to discover the Padel to all our members who came in number tested the sport through free discovery sessions. In addition, the interest is also to touch the companies who would like to come to play between 12h and 14h or evening in afterwork, following the same model as the "Soccer Five" (Foot Indoor). We provide a room to host seminars and corporate events included in a package offer. In addition, the padel also plays an important role in the training of young people since it is included in the program of the Tennis School. It is indeed close to 300 children who discover Padel since the beginning of October. Returns are very positive since parents have already registered to take Padel courses with François Authier (one of the best French paddle players).

3 / What will you put in place soon around the padel? Relationship between tennis and paddle?

We will soon be visiting the Setteo website which allows not only the booking of Tennis and Padel courts online but also the creation and self-management of tournaments. In addition Setteo allows the search of partners and allows the club to communicate on all the news likely to interest the members. The renovation of the clubhouse / bar gives the opportunity to all players to come spend a friendly and relaxing after a good part.

4 / What are the events not to miss around the padel in these next weeks / months?

We have not yet officially inaugurated Padel at Lou Tennis Parc. Indeed, we would like to realize it next spring because we want to invite all the contributors who allowed the project to see the light of which Mr. Leconte. It will be one of the essential events not to be missed. Thereafter, once the number of practitioners has increased significantly, the goal will be to create an official tournament but also inter-company tournaments.

On the commercial part