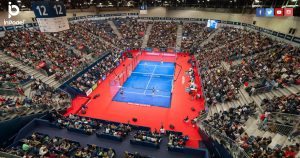 Small point on padel mark changes for players. For now, nothing is certain for some players, but you will see that there is change for 2019!

Ariana Sanchez leaves Nox Padel after 7 years of service to go to Head. She was therefore 14 years old when she started at Nox. She announced it on December 20.

Alejandra Salazar would move from Head to Bullpadel. A little surprise when you know that she is the face of the Head brand Padel among the ladies. So far, no official announcement, but this is an increasingly persistent rumor.

Gemma Triay and Lucia Sainz would go play at Asics. Nox Padel therefore loses a big pair for the ladies. They officially announced it today. By the way, it was 6 years for Gemma and 3 years for Lucia at Nox Padel.