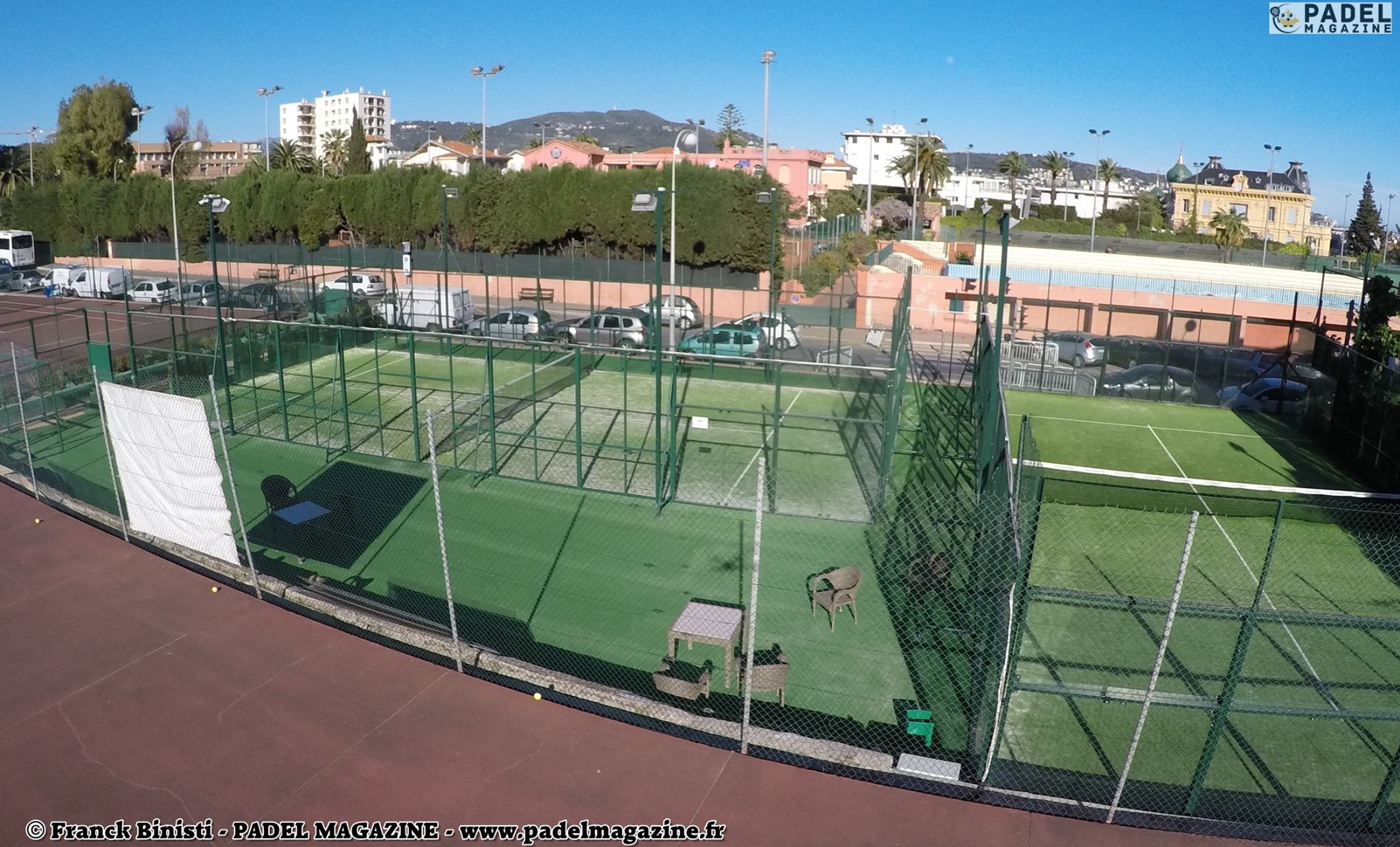 Photos of the club HERE.

1 / The Nice Lauwn Tennis Club is part of the old padel club in France ...

Indeed, the padel is not a new activity since it is present in our structure for more than 10 years.

The Nice Lawn Tennis Club was even the first club in the region to develop the padel as part of a partnership with Nallé Grinda. Very good padel player and lover of this sport, he pushed to install 2 land at Nice LTC. Rachid Boudni was in charge in the club to boost the activity.

The padel activity fell gradually. It was not our priority especially since Nallé Grinda had left the boat. Besides, no one had really taken his suite. It's a sport that needs to be cared for. To make a match, you need 4 players. The friendly side attracts a lot, but if no one manages, the padel can not grow. And that's what happened a little bit in our club. There was no real desire for development.

But today, things have really changed.

First of all these 2 renovated lots. The club decided to invest in lighting, new carpets and beautification of the site. The grounds were in dire need of updating. A reception has also been set up. We needed a friendly space dedicated to padel, it's done.

3 / Concretely, how does it manifest your ambitions in the padel ?

We will inaugurate the renovated site in September 2016.

We have a referent, it is Jean-Jacques Martinez, a regular of the Spanish padel. He will look for partners, entertainment and teaching.

The president, Bernard Leydet, the leaders and the General Manager, Pierre Albuixech, are now firmly committed to investing in the padel adventure. Land renovation investments are only a first step.

The idea of ​​at least 2 additional terrains is in the minds.

Recall that the club has 18 tennis courts, a gym / bodybuilding; alongside tennis, PADEL will become a flagship activity of the club. The skills of Jean-Jacques will develop the whole aspect of teaching, animation and competition.

The club hosting training courses to the state tennis - which I am responsible for - the idea would now extend this tennis training padel. The machine is already on the way since we integrate in our tennis trainings a module dedicated to the padel for the future graduates of state