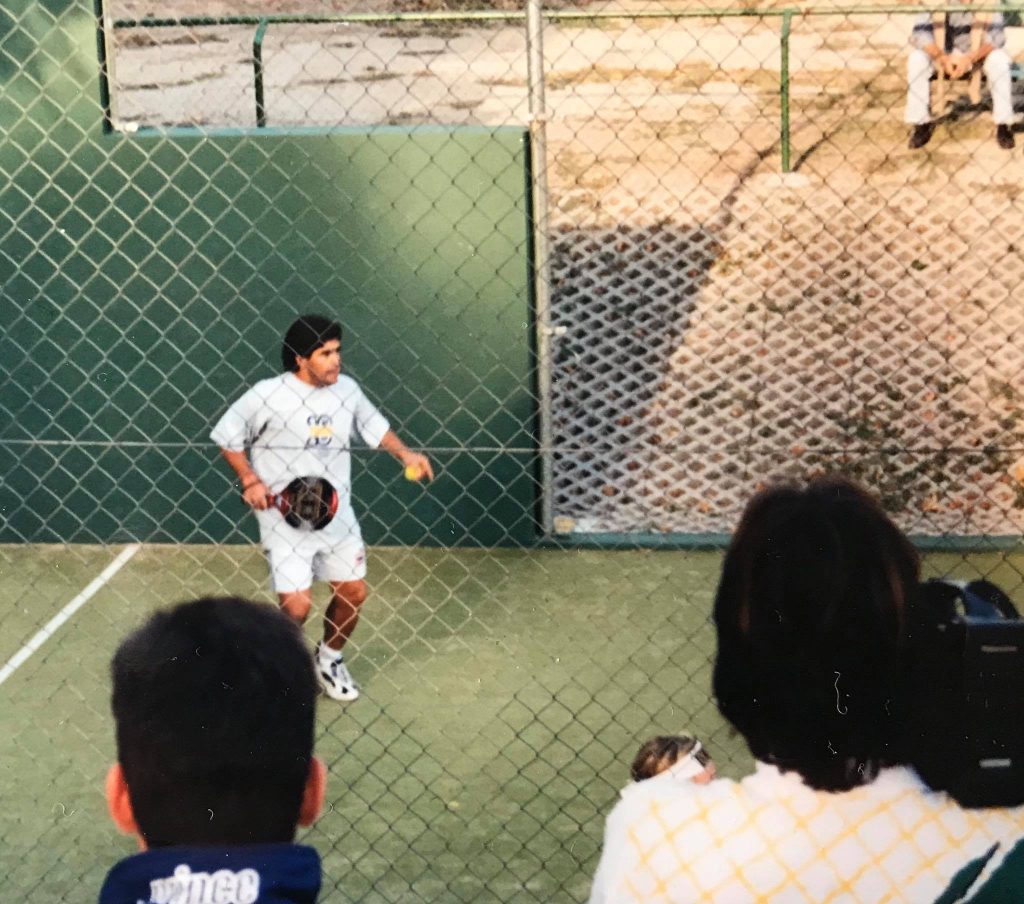 - world championships padel in Madrid in 1996 stay in the memories of all the fans of padel. With the death of Diego Maradona, it is also a little history of our sport which leaves.

In 1996, in this world, le padel lived a unique moment in its history by being in the spotlight around the world. It wasn't intended, but luck did it right.

Remember this world where Argentina and Spain already monopolized the first places, one man will make this competition a special moment: the Argentinian and true planetary star, footballer Diego Maradona.

Who better than Philippe Werts, the former member of the Belgian team and President of the Federation to tell us about it and allow us to dive back for a moment in 1996: 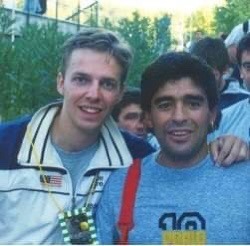 It is an unforgettable memory! The picture we can see was taken in 1996 during the World Championship of Padel in Madrid, the first of the five in which I participated.

It was the time when I said that I was going to play for the World Championship, I was a little bit mocked… “what are you going to play ??? "

I had been playing since 1993 and the passion was stronger than the mockery.

It was incredible to be a little carted then to fly for 2 hours to join the World Championship in Madrid and be presented to the Prince Felipe, the current King, and to meet my only idol of youth, Diego Maradona !

He adored the padel, his two daughters were playing padel. As for him we were players of the national team of padel, it facilitated our meeting, in addition to our coach of padel, Lucas Swinnen who also installed the first courts of padel in Belgium, was Argentinian and from the same area as him, he spoke the same dialect.

At the time he was told “The day you stop football, the stadiums will be empty”… it touched him.

The future will tell us that the right sentence should have been: “The day the stadiums are empty (Covid), you will leave”…

I was able to exchange a few words in Italian with him. He spoke it well after his long stay in Naples.

I remember someone who was nice and rather shy. He had come discreetly to see the world and hit the ball with a few players from the Argentina national team.

Except that half an hour after his arrival, 3 TV teams arrived, journalists from all over the region, and this competition found itself in the center of the world for a moment with an incredible crowd that had formed around the court. .

It was there that he put down his racket and started playing padel in an exceptional way with… his feet. I met a genius. I will never forget this moment.

The rest we know: Spain will lose its 2 finals against Argentina at home, 3/0 for women and men. In the Open, it is the kings Alejandro Lasaigues / Roby Gattiker for the men and Cecilia Baccigalupo / Adriana Costagliola (against Paula Eyheraguibel / Inés Alvarez) for the women who win.

A world that will forever go down in history.