The padel is a collective sport, it is played in pairs. And the relationship with his partner is important to win a match, a tournament. Winning and losing together is a powerful feeling that advances us both sportingly and humanely.

However, in some places, there are also individual padel courts, smaller, where you can also play matches without a partner. Although it is true that they are few today in France.

How to play the individual padel?


Obviously, this form of padel, which is unregulated and for which there are no tournaments, is totally different. There are players who prefer it, and others who like more when they play the "traditional" padel.

The rules of each padel (single or pair) are exactly the same: points are counted equally, and so on.

The specificities of an individual padel court

The big change lies in the size of the playing surface. The measures of a padel court have one important difference: the length is exactly the same, but the width is reduced, from 10m to 6m. In this way, it is very easy to cover all the terrain just by knowing how to position yourself correctly.

The height of the net, side walls, etc. remain the same. Also the placement of the service line remains unchanged. Of course, you will have less space, but you would not need more.

Just take into account the problem of the width, especially to avoid getting the walls on the sides when you start.

For those who can not hold more than two points without touching a ball, or for those who are reluctant to play with a partner, this mode of play may very well be appropriate. Here, the ball comes to you.

You rely on yourself to win. This advantage is relative to the previous one. No more anger at the partner, this feeling of "we lost, but it's not because of me" that from time to time, almost involuntarily, we come to mind.

You alone are responsible for defeat, and victory. But of course, you can always blame the ground, the ball, the lights, etc. 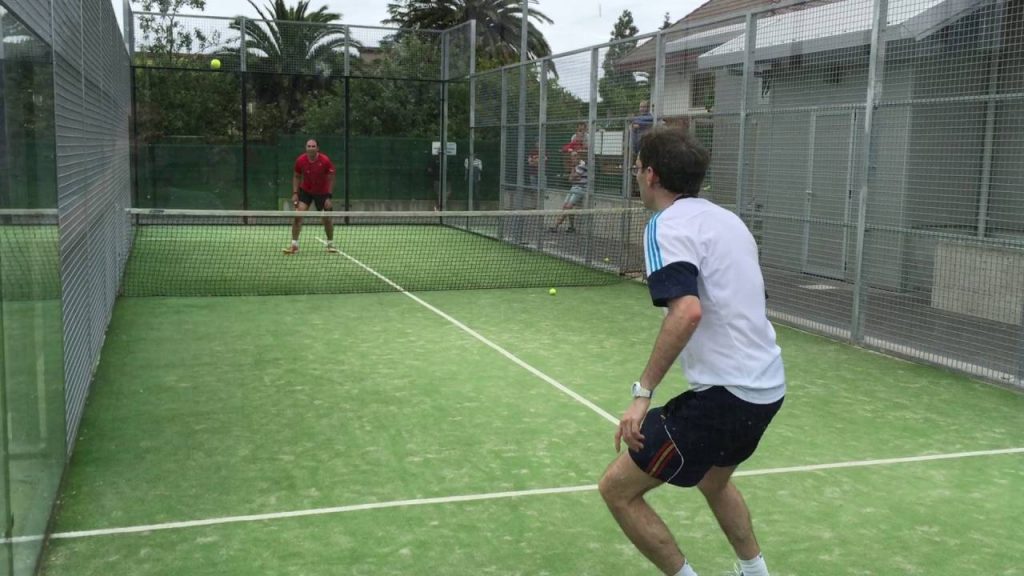 There is no volley. In this type of terrain, it is almost impossible to go on the fly, unless you have a huge arm.

Unlike padel pairs, in this game mode, you can not cover most of your space when you go to the net. So it's almost a suicide to go there. As soon as your shot is not very deep, the opponent keeps you at his mercy.

The environment is not the same. The good atmosphere when four people are on a field, with the classic jokes, the chambrages on certain points, etc. You lose a bit of that in 1v1 terrain. Being two is not the same as being four, and it feels like you're losing the spirit of the sport. It will depend on everyone of course.

Usually lack of playing on such a terrain. It's always a matter of playing two, of not being adapted to the dimensions of the field (it is not exactly half the normal field, it is a little wider) or to compete without a partner, it can be a little more strange.