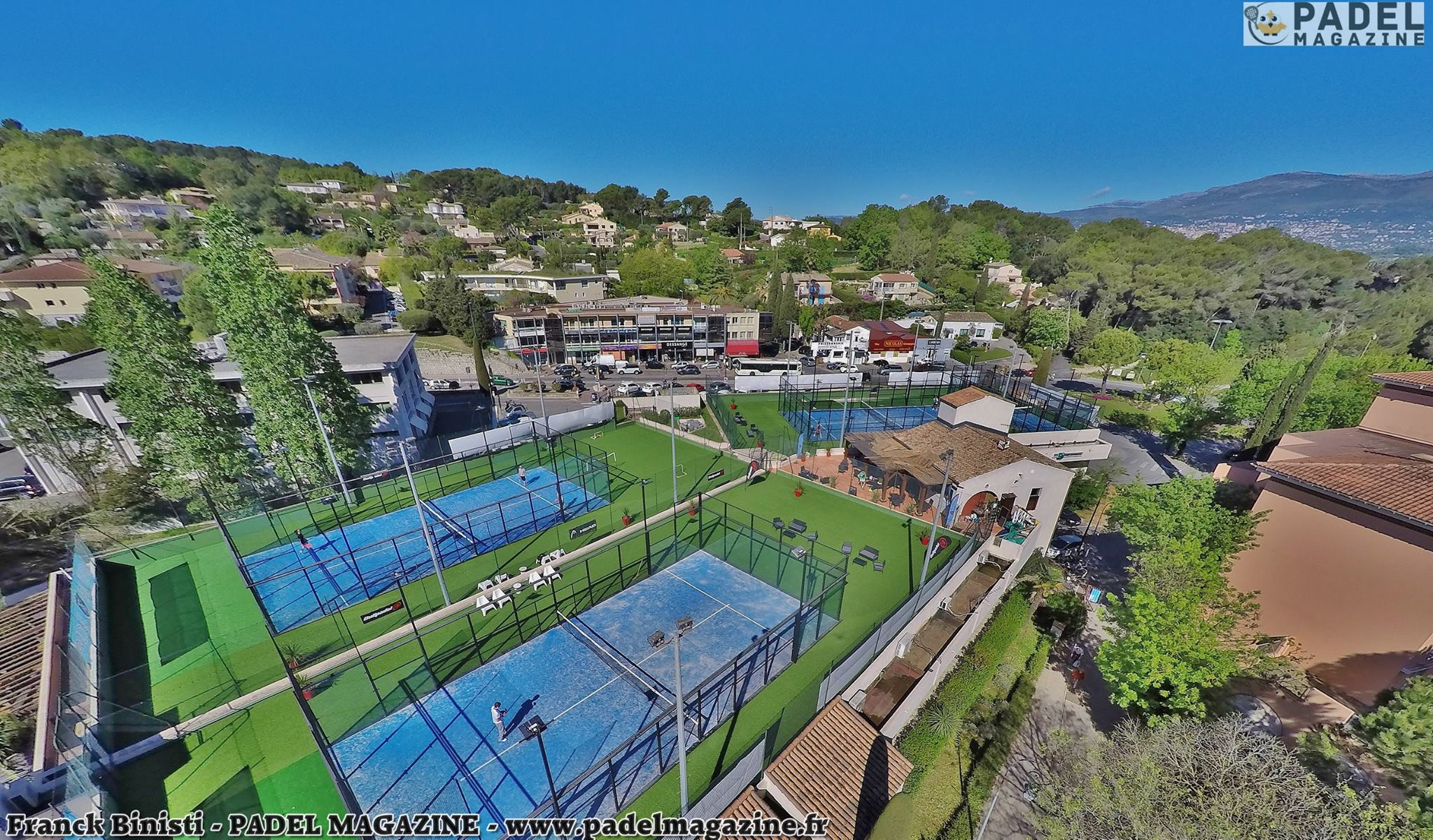 Padel Riviera Mougins is the new padel club in the French Riviera region. Located in the center of Mougins, the padel club is on the roofs of a shopping center. Frederic Gardet and Julien Chardon tell us about their adventure to realize their heart project:

1 / Your story around the padel.

Julien Chardon - I come from tennis and played with Claude Ritz the father of Jérémy Ritz, one of the best paddle players in France. And here it is love at first sight ... I had to jump into the padel.

And here we are a few years later with this padel center. this site is also a former tennis club that was no longer active. It took us a long time to score the test.

Fred Gardet - I come from football instead. We met with Julien via mutual friends. Julien put my foot in the stirrup and we told ourselves that we had to embark on the padel adventure.

We put 2 years and a half to find space for our padel club. After 1 year of negotiation, we were able to establish on the site in the commercial area of ​​Mougins in the center of the city.

Initially, we had to put 6 fields in Mandelieu. But the project could not finally succeed.

Julien and Fred - The club has been open since February 2016 and we managed a great start. Beyond what we hoped for. Today, we already have a hard core of 200 players and the progression is constant.

A lot of the players have discovered the sport at home. It is a new clientele of the Cannes basin. And thanks to our central location in Mougins, many Moguls also come to the club.

3 / On the tournament part

Julien and Fred - We realized our first padel tournament. We are very satisfied. The players came from everywhere, blackcurrant, aix, etc.

And we intend to make other tournaments every month. The 24 last April, it was the mixed tournament. A very interesting tournament because there were many pairs, and it shows that this sport can really address everyone.

We will also have a stage of the national padel cup all the month of next September. (For more info: https://padelmagazine.fr/event-organizer/national-padel-cup/)

Julien and Fred - We will have the week before the Master of the World Padel Tour, the 3 and 4 September, the inauguration of the club, but also a sanctioned tournament. We will certainly have professional players who will come to do a demonstration of padel. We can not wait to be there !