Our French are being seen more and more in Catalonia. In a big padel tournament on the Barcelona side of Padel Bellula, the best French pair in recent years Jeremy Scatena and Robin Haziza, this time did not team.

Unfortunately for them, they will bow to the semi-finals after 3h's match against Aitor Garcia Bassas / Yain Adriel Melgratti Seu: 6 / 3 6 / 7 6 / 2. Recall that the Spanish pair is part of the top 130 World Padel Tour, seeded number 1 tournament and winner of the tournament. 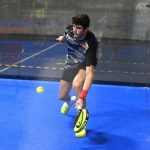 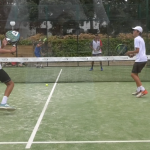