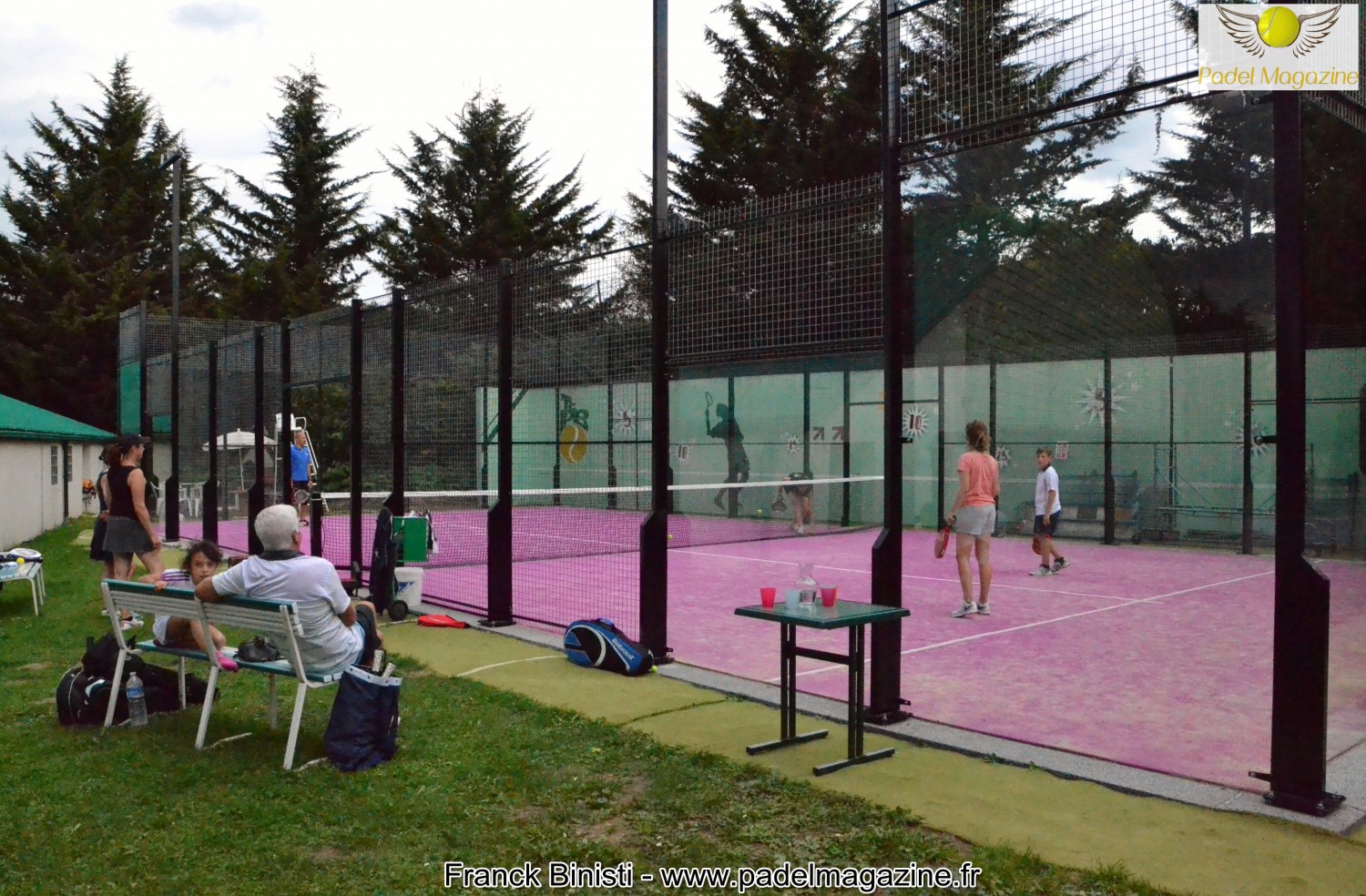 Padel Magazine - The club of padel du Plessis Bouchard, has been offering us for a few days a whole new ground with its Fushia colored carpet. The land is original and undoubtedly attracts the eye. After a good game and a glass of Spanish champagne, Sabine Pistilli (General Secretary), Alain Pistilli (Technical manager), Viviane Tabourin and Aurélie Mathis (Players of padel) give us some of their time to tell us about their adventure and give us some advice for all project leaders.

PM - How does the history of padel at Plessis Bouchard?

Sabine Pistilli (PS) - Initially it was a mini tennis for children. This land has been converted into a padel. We immediately had demand with new members, thanks in large part to the associations' forum where we attracted people's curiosity.

At an open day padel at Plessis Bouchard, the returns were also very positive.

But with the old pitch, it was not really a padel pitch.

The club and the town hall therefore financed the construction of the padel, greatly helped by a number of volunteers who helped dismantle the old padel and the assembly of the brand new brand new.

There is a solidarity of the members padelExtraordinary ists, who gave their time and their arms to find this new ground. There was a strong desire from members to see their land being built. Phew! It is done !

Many thanks to Richard Demon for his kindness and his work.

How much does it cost to come play at the club?

SP - The objective is first of all to offer this new activity to all the tennis players of the club. All members of Le Plessis tennis can therefore come and play without any problem.

However, you can only padel, for a fee of 125 € excluding license. We are an 15ain to take advantage of this offer.

What are the projects of your padel club?

The ambition to make a beautiful inauguration to boost and develop the padel club and the circle of padelists. Moreover, the inauguration is scheduled for November 8 with the participation of a padel team (France Padel Pro) who will introduce people and demonstrate.

For possible competitions, we could imagine the possibility to gather close padel clubs to make competitions, meetings, without players waiting, etc.

Alain Pistilli (AP) - It was Richard Demon, president of the Plessis Bouchard tennis club, who made us want to play. It has become a drug. I'm sure participating in inter-club events could be very motivating for everyone, especially since we are lucky to have 3 clubs nearby already.

Viviane Tabourin (VT): I am a late riser, and now I am treated to get up early. I have the pleasure to get up to play padel.

I discovered the padel in Spain in Valencia 30 years ago and I rediscover it now for some time. It's intoxicating.

AS - Even when it's snowing, we play! When it rains we play! We take old balls and we play. It's totally addicting.

There is a very friendly, very family side around the field of padel. And that's good for the whole tennis club.

Aurélie Mathis (AM): We do a lot of mixed, which is not necessarily the case in other sports. The levels are balanced. We never said “no, we don't play with so and so”. I discovered the padel at the associations forum. Then there was an open door at Plessis Bouchard and I fell in love with the padel and Alain, but shhh… It's a secret.

The club  padel du Plessis Bouchard is the cradle of a number of padel....

AS - Lots of players from padel were initiated into Plessis Bouchard. For example, Sylvain Jimenez, Morgan Mannarino, Jérémy Ritz and Philippe Magat started at Plessis. Some have even made it their profession.

We also have a few young people who are padel also like Fabio who is totally addicted and who competes with adults. We even have to slow it down otherwise the adults can no longer play.