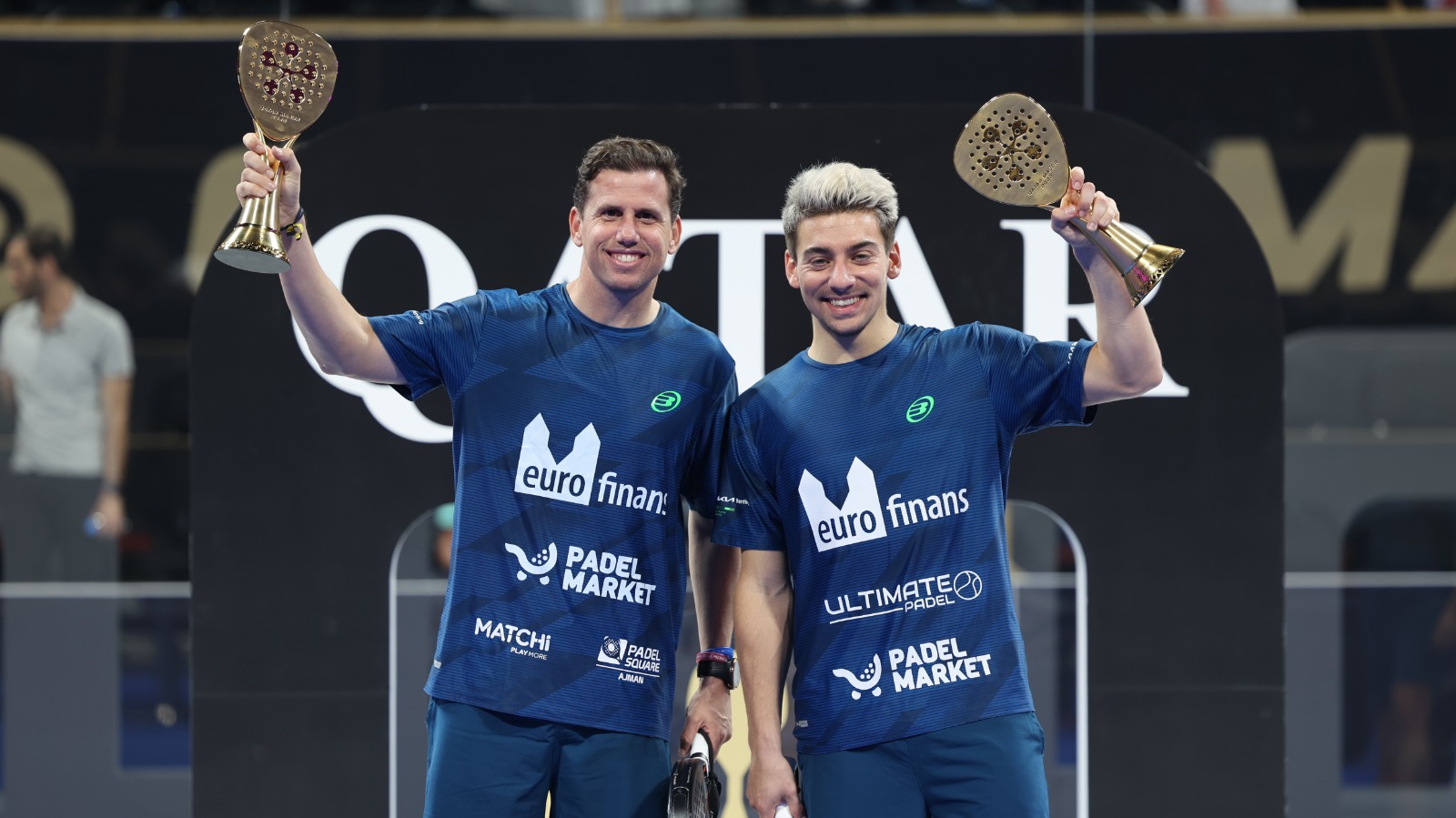 History will remember that Paquito Navarro and Martin Di Nenno will have won the very first tournament of the circuit Padel First. In Doha, the Andalusian and the Argentinian will not have lost a single set, proof of their solidity throughout the competition.

In the final, it was the numbers 1 Juan Lebron and Ale Galan who faced them, in a rematch of the World Padel Tour Vigo Open. And as in Galicia, it is Rodri Ovide's players who leave with the trophy. In front of a full stadium, the four actors put on a great show, which will have delighted all the “aficionados”.

In the first set, we found a Di Nenno in “zero fault” mode and a boiling hot Paquito Navarro. Connected and full of confidence, the number 2 pair in the ranking won the first act: 6/3.

In the second round, the two pairs went blow for blow and quite logically they found themselves in the deciding game. The start of the tie-break was marked by a fairly large number of faults on the part of the two duos which clearly measured the stakes of this end of the set. While the two pairs were at 4 points everywhere, it was Navarro and Di Nenno who were able to better manage the end of the match to come away with the victory: 6/3 7/6 (4).

With this second trophy in just 7 days, Paquito and Martin are clearly the fittest pair on the padel global. Yet very much in demand by the world numbers 1, Di Nenno had an extremely solid game during which he was the regulator of his team, allowing Navarro to take a lot of risks and to be decisive. It is with a masterful hand that the players of Ovide offer themselves the very first trophy in the history of Premier Padel !