Prize money (in cash) during tournaments padel remains at the discretion of the Organizers, subject however to certain rules:

- Any announced prize must be awarded, regardless of the number and classification of the teams entered, and even if the tournament does not go to an end, in which case the prizes must be shared between the players remaining in the race, taking into account of the progress of the table.

- Any team which, unless an excuse is recognized as valid by the Tournament Committee, does not compete for its chance until the end of the tournament, thereby loses all rights to the prize, on the condition that this tournament has taken place within the set deadlines. by the calendar.

- Any team where one of the players is recognized injured at the end of a game that it has won, whether or not it is replaced for the remainder of the tournament, must be awarded the prize to which it can claim the made of his victory. The possible replacement team will be awarded, in addition to the prize resulting from its defeat, any difference in prize resulting from any subsequent victories.

Price distribution recommended by the FFT

Here is the breakdown of the prices we have recommend, knowing however that the distribution of prize money is determined by the Organizer of the competition. 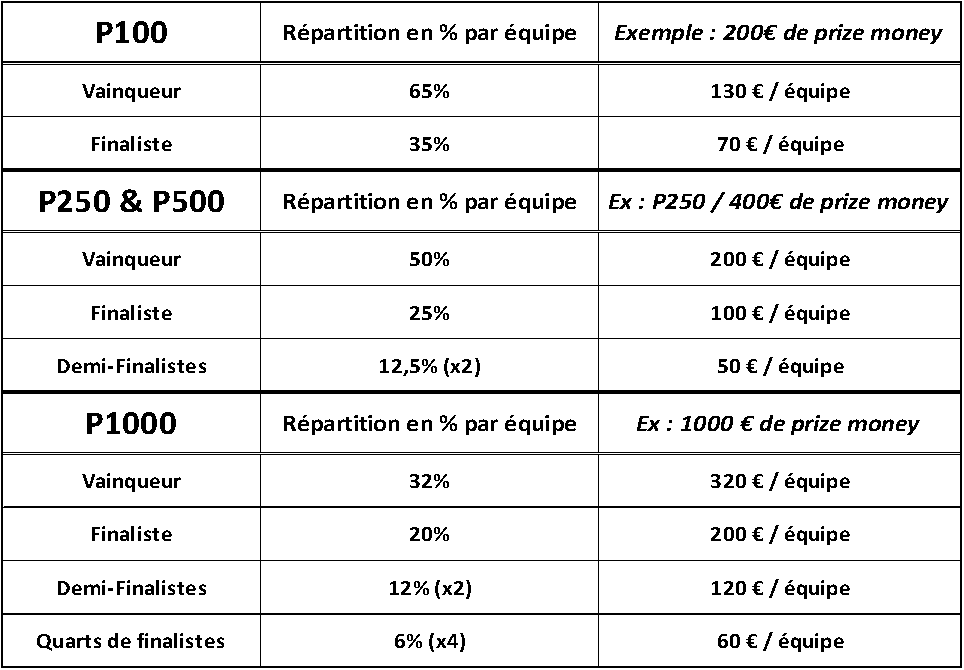