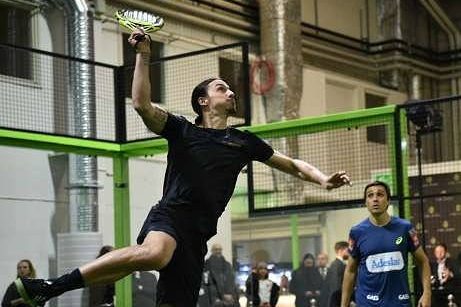 Zlatan Ibrahimović is one of the best football players in the world. For the padel, given the style, there is still room for him to be one of the best Swedish players for now.

But he is talented and it seems that he knows the world to improve padel.

On the other hand, Zlatan once again expressed his passion for the sport and his desire to continue investing in his franchise. Padel Zenter.

He explains in fact that several padel centers “Padel Zenter ”should be staged in 2019 in Sweden but not only.

We could well see other clubs Padel Zenter open up outside Sweden… France perhaps?