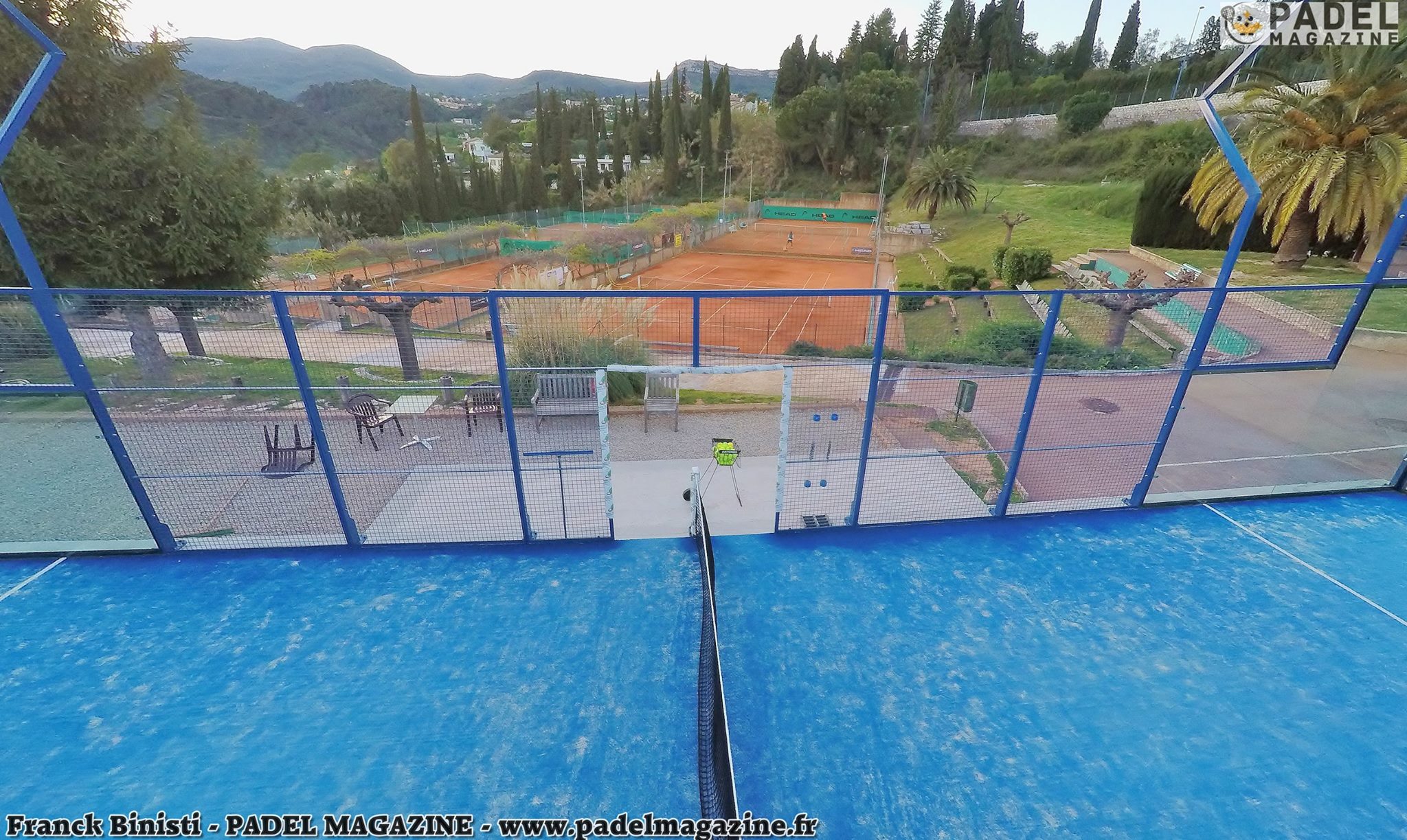 Sébastien Corbelli is already one of the alumni of padel and yet he is a new player. Passionate, he fought for many years to offer padel at the Tennis Club de Vence… And he did. Back on a journey rich in padel :

The club in picture:

Franck Binisti (FB) - The padel and you, is that a long story?

Sébastien Corbelli - At first I was predisposed to play padel since I was -15 in tennis. I was quickly taken by this game. Between the years 2000 and 2007, I played a lot.

I played for the France team for a number of years. Between 2002 and 2005, I participated in the padel world championships.

I even played in Spain. I had no choice because in France the competition was not very high. In 2007, I finally stopped. The loop was complete for me at that moment.

I played a lot with Arnaud Dalbergue who trained me. But I also played my first match with Laurent Bensadoun (formerly -15).

In 2009, I respond to a call for tenders from the city of Vence concerning the TC vençois where I already propose the installation of 2 padel pitches. Unfortunately, lost bidding. In 2015, new invitation to tender, where I propose the padel at the heart of the project at the town hall. The tennis situation is on a dangerous slope. Tennis clubs with no diversity of activities are in my opinion doomed to not last in time. This time the town hall responds favorably, and I become the manager of the TC vençois where I install the 10 last September 2 panoramic padel fields.

2 / How the padel came to integrate into the club?

I was very careful. But today we are on a very good foundation. Many are abandoning tennis. And fortunately, we offer an alternative activity related to the racket that allows these players to stay at the club or even to come to the club.

We are on a fashion phenomenon. But the club is also beautiful.

Le padel energizes my club house. Because people stay together afterwards for a drink, while in tennis, players tend to leave after their match.

We also have a regular player base of about forty players.

It's a sport, if you do not animate it, it does not work.

3 / What will happen soon at the club?

Already last September, we launched our first FFT tournament which brought together 12 teams and of which I was finalist with my partner Mickael Tan against Ritz / Moreau, lost 10 / 6 in the tie-break. I still have it in my stomach (Smile ...).

Concerning the projects of the club, there are possible possibilities to propose 2 additional padel courts in semi-covered or indoor. But it still requires work for us and with the town hall.