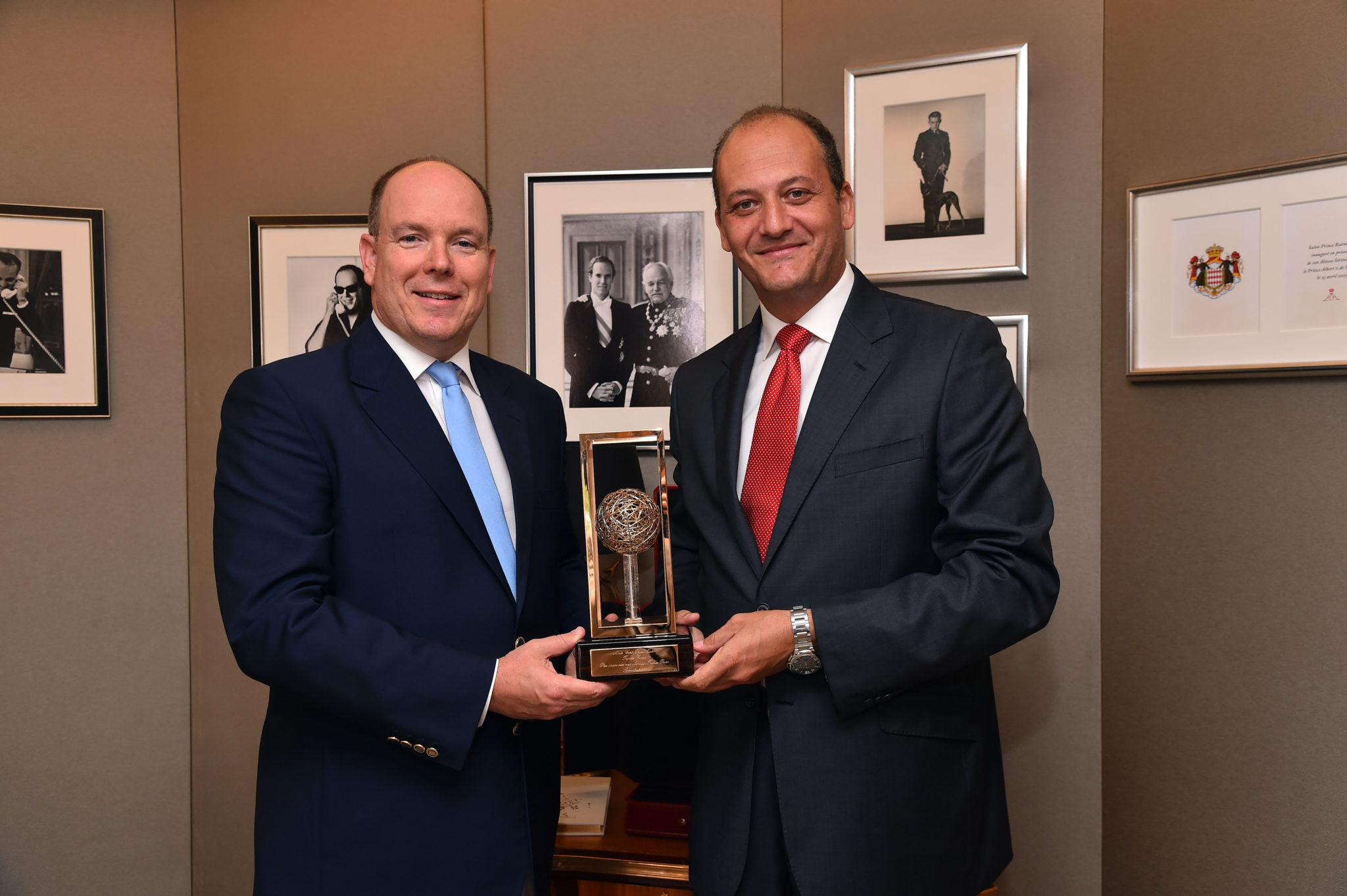 The Cartier boutique in Monaco has closed its doors to return the trophy of MONTE-CARLO PADEL MASTER to the private salon Rainier III to its promoter Mr. Fabrice Pastor, accompanied by HSH Prince Albert II of Monaco.

Designed and created by the Cartier jewelry company at the request of Mr. Fabrice Pastor, founder of Monte-Carlo International Sports, this unique and exceptional trophy will contribute to increase the reputation of the padel. Cartier has so far agreed to associate his name only with the Cartier's Queen Cup polo awarded annually by Queen Elizabeth II.

The MONTE-CARLO PADEL MASTER, the most glamorous stage of the WPT professional international circuit, is enriched by the creation of the Fabrice Pastor Trophy. The winners of the MONTE-CARLO PADEL MASTER will have the privilege of brandishing the Fabrice Pastor Trophy in the next edition, which will take place from the 6 at the 11 September at the Chapiteau de Fontvieille.

From its first edition in September 2015 and with its tremendous success, the MONTE-CARLO PADEL MASTER has established itself as a key step in the annual sports calendar of the Principality.

These competitions make the padel shine with millions of amateurs and professionals. This success is the result of the efforts undertaken by Mr. Fabrice Pastor and his team of Monte-Carlo International Sports for the promotion of sport and paddle in particular.

The padel, playful and attractive sport, is now practiced by millions of players around the world. The best professionals, men and women, meet in Monte-Carlo in September to the delight of the Monegasque and foreign public to promote and promote the promising expansion of the padel in exceptional conditions.