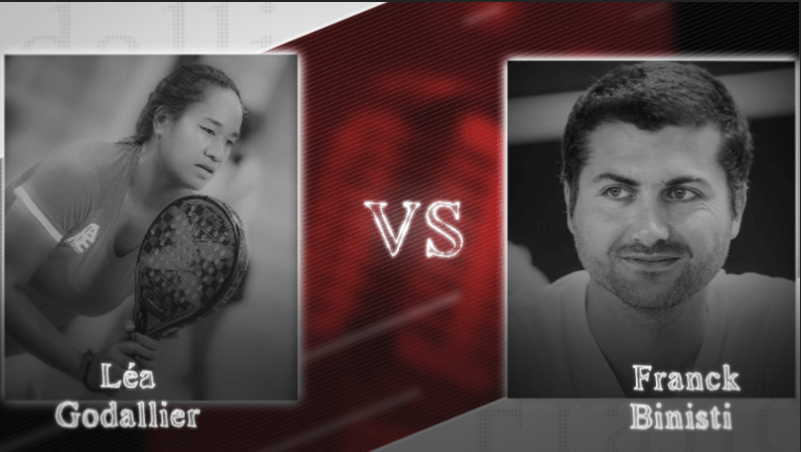 Léa Godallier, the 71st player in the world and 3rd French player will be the guest of our next 100% show padel : The Face-to-Face. Monday May 25 at 18 p.m., you can follow and participate in the live on Instagram and Facebook.

Léa Godallier is still a player who has not started the padel only recently. Despite this, the Frenchwoman has made a place for herself in Team France.

A look back at the start of his adventure in the padel and his new life in Spain.

How do you train during this confinement? How are you preparing? Did Lea manage to prepare to attack the resumption of World Padel Tour ?

Léa Godallier was part of the French team of padel very soon after starting the padel finally. Will she explain to us how she got there?

How were his associations in Team France? Positive points / Negative points?

We remember that during the World Cup in Paraguay, Léa Godallier did not seem to live her adventure 100%. We'll see if it was just an impression?

We will also come back to his adventure on the professional circuit of padel : the World Padel Tour.

Léa has gone through many stages and players since her beginnings on the circuit. How does she explain it?

Is the association with Laura Clergue a logical follow-up?

We also see the padel mixed to develop in France. Is it for a French championship of padel mixed?

The relationship with his partner

In the playing career of padel, Léa Godallier has already had to deal with relationship and communication problems with her partners. We will try to understand what happened with Mélissa Martin.

What are the biggest difficulties with a partner?