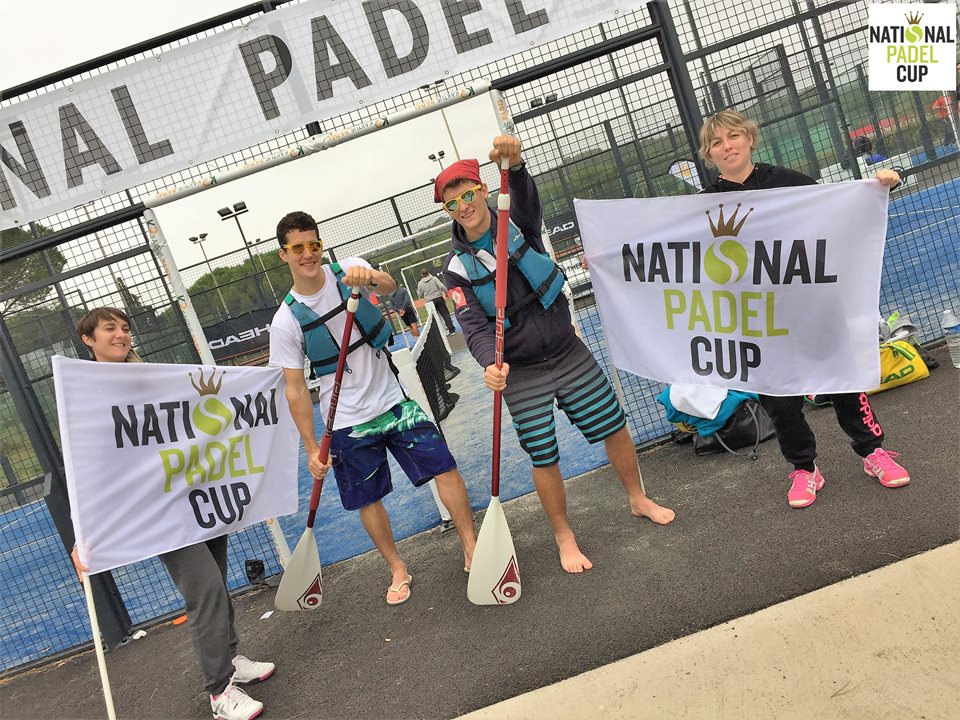 The final stages of the National Padel Cup ended in apotheosis with 3 very beautiful finals in mixed, ladies and gentlemen. Feedback on this national event:

Review of the national week

A crazy week with the qualifying phases of the National Tennis Cup starting at the Cap Agde International Tennis Center: 90 pairs for men and 30 pairs for women. They took place from Sunday 23 to Wednesday 26 November. The best of them qualified for the finals which started on Thursday 27th to end on Saturday with the semi and finals of the different categories.

An explosive final for the men: Salles / Blanqué Vs Lopes / Authier

Before tackling the summary of the final, we have to take a step back to this famous big semi-final which will certainly remain in the annals of the competition: Morillon / Bergeron vs Salles / Blanqué.

Morillon / Bergeron, the Lyon pair who had fallen into the pair of death during the French championships had to start their competition against a huge pair from the Riviera: Vinciguerra / Ottomani. Not easy to start a competition as much for one as for the other. It is finally the Lyonnais who pass. The losers will win the secondary draw.

The Lyon pairs were each in the semifinals, Lopes / Authier against the Nordic pair Landshere / Henry (Lille / Strasbourg) and finally Morillon / Bergeron against the Toulouse pair Salles / Blanqué.

The first half is tight, but the Lyon are a little more regular which will allow them to validate their ticket in 2 sets for the final.

The other half will be just crazy and especially very hard to swallow for Lyon who miss the final after having 5 match balls in the super tie-break ...

The pair Lyon starts feet to the floor by attacking the Toulouse with beautiful flights and powerful smashes. In this first set, the Toulouse pair has nevertheless some opportunities to break the Lyonnais in vain.

It is finally Morillon / Bergeron who makes the difference to 6 / 5 by making very beautiful defensive shots allowing them to win the first set 7 / 5.

In the second set, Toulouse managed to quickly break Lyon and especially to keep their service. She wins 6 games to 4.

Then plays a super crazy tiebreak ... Alexis and Bastien continue their momentum by leading 4 points to 2 and then begins a single rider of the Lyon pair who aligns 7 consecutive points playing very aggressively.

While the score is 9 points to 4 in favor of the Lyonnais, the Toulousans begin a masterful comeback by aligning in turn 7 points in a row to finally win 11 points to 9. A crazy match! It's hard to be Lyonnais at this time. 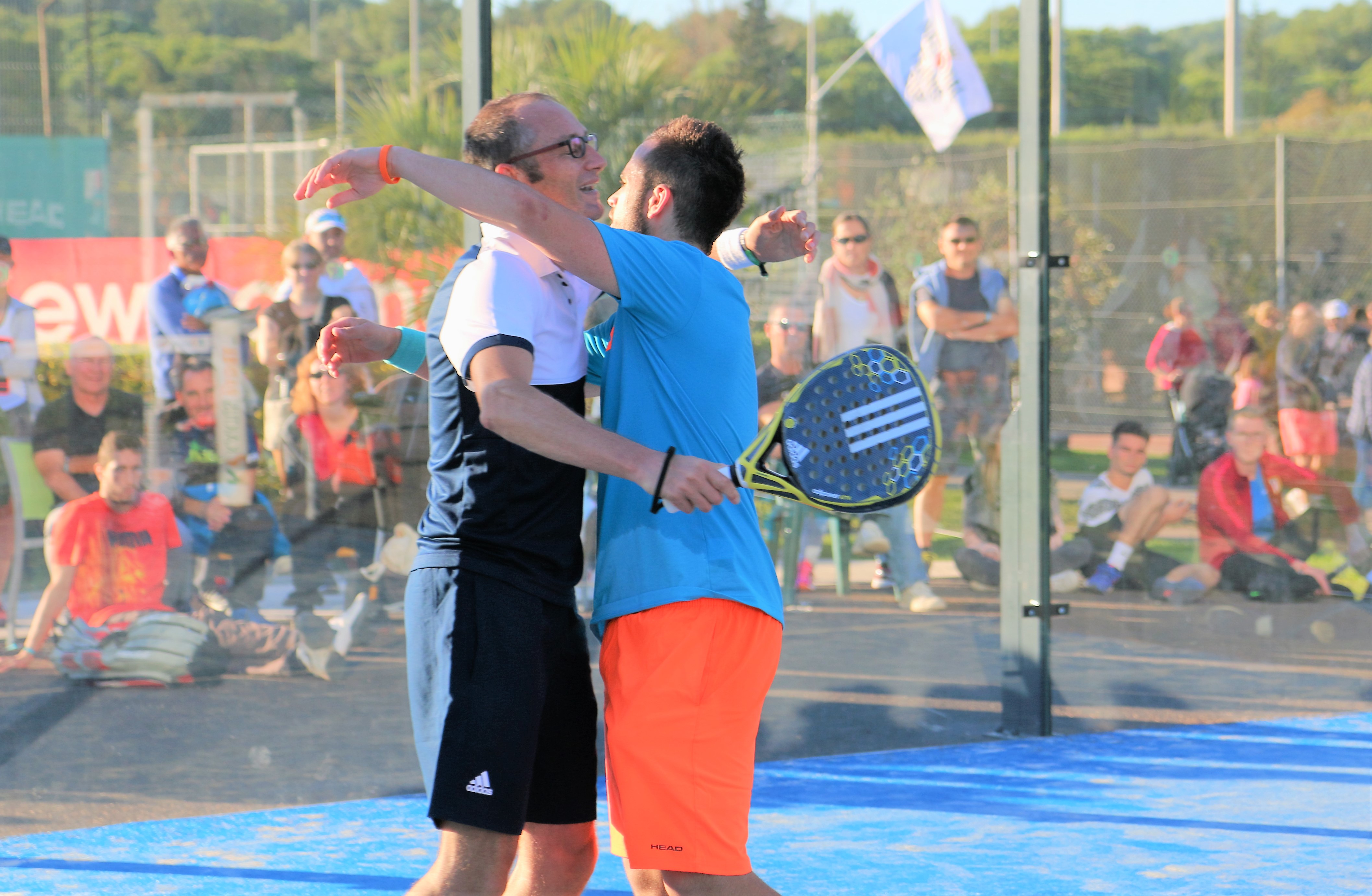 After the semi-final of madness won by the Toulouse pair, she had to tackle the other pair of Lyon Authier / Lopes who had also participated in the French Championships padel a few weeks ago and she also had not very lucky in his career.

Despite the cv of both teams, they had never met.

The start of the match is balanced with 2 teams in place. Bastien and Alexis manage to break 3 games everywhere and concretize their domination by winning 6 games at 4.

From the start of the second set the Toulouse put even more pressure on their opponents and quickly lead 4 games 1 and double break in pocket.

The match seems acquired to Toulouse when Alexis Salles, the former captain of the France team, completely misses his service game and allows the 2 Lyon to regain hope!

François Authier and Justin Lopez find legs and heart and manage to return to 5 games everywhere ...

But it was said that the cup would remain in Toulouse after the great victory last year of Bastien Blanqué (Already!) And Laurent Imbert.

Alexis Salles and Bastien Blanqué in the end succeed in winning 7 games to 5 at the end of yet another "GO" from this crazy smasher: Bastien Blanqué.

A revenge for this pair that was totally missed by their inter-regions, preventing them from participating in the finals of the French 2016 padel championships in Lille.

The classico in the final: Clergue / Casanova Vs Sorel / Godard

It was written when these two pairs are registered in a tournament, there is every chance that they find themselves in the final ... In the quarter, as for the half, the first two French have left no chance to opponents for to hope for anything. The differences in levels are too important. 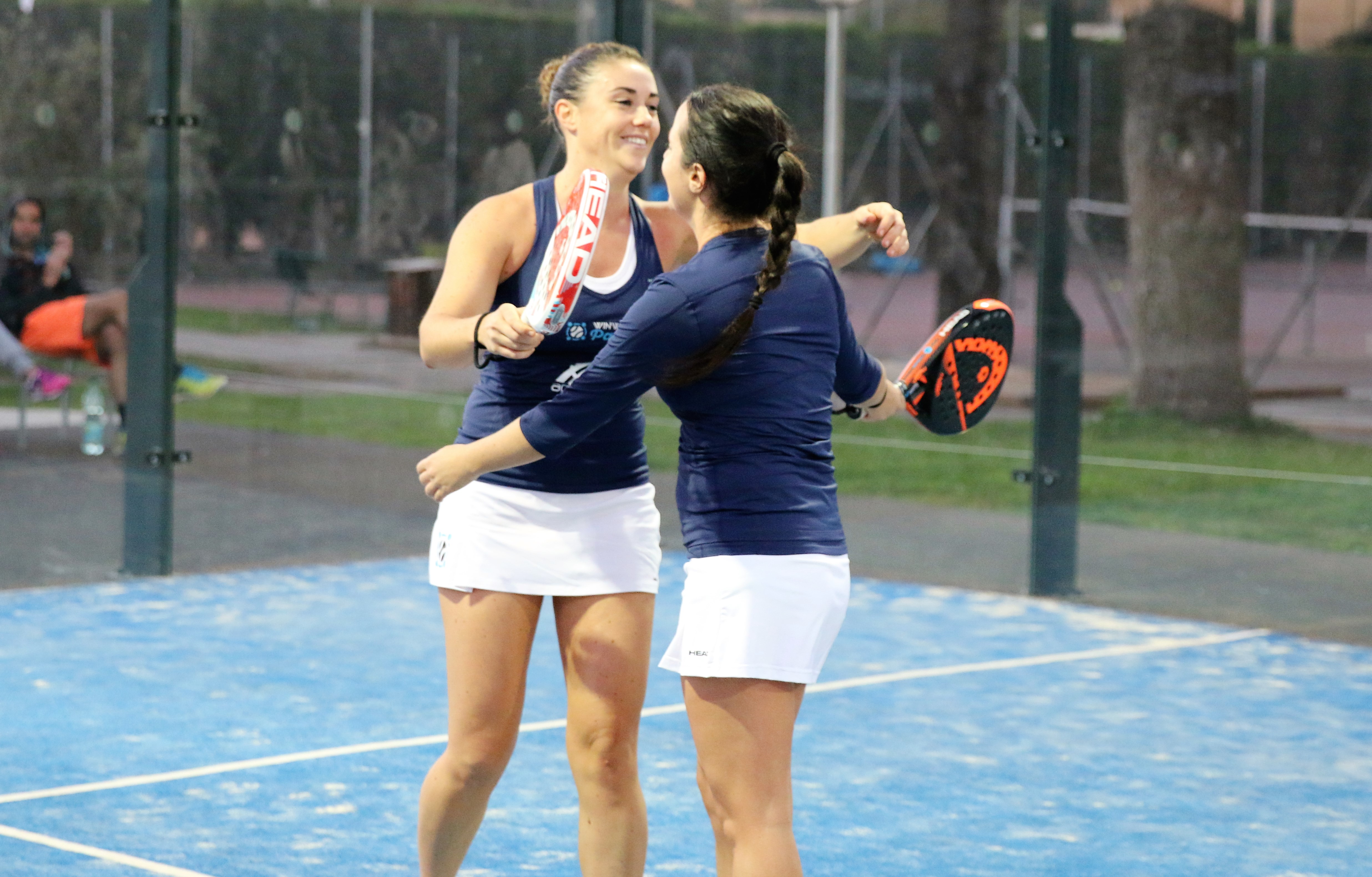 But in the final, it will take the recent champions of France, a good mental strength to get out of the trap Godard / Sorel. From the beginning of the match, the 3e French pair changes his way of playing. She plays more slowly and suddenly. She tries to give the least possible rhythm which has the effect of causing some unusual errors on the part of Audrey Casanova and Laura Clergue. In this first set, Sorel / Godard really destabilized French n ° 1 and she won the 1er set 6 / 3.

In the second set, the Godard / Sorel effect takes less. Clergue / Casanova, little by little returns in this match with more plumb and especially more regularity. It returns to 1 set everywhere (6 / 3).

In the super tie-break, the French numbers were undoubtedly above. Realizing almost no fault, while Sorel / Godard seemed to tire by their strategy of the first set, the champions of France won the super tie-break by the score of 10/4. This is the first edition won after losing last year's final.

In the second set, with a beak in their pocket, the perpignanais win this last set 6 / 4 to win the competition among mixed.