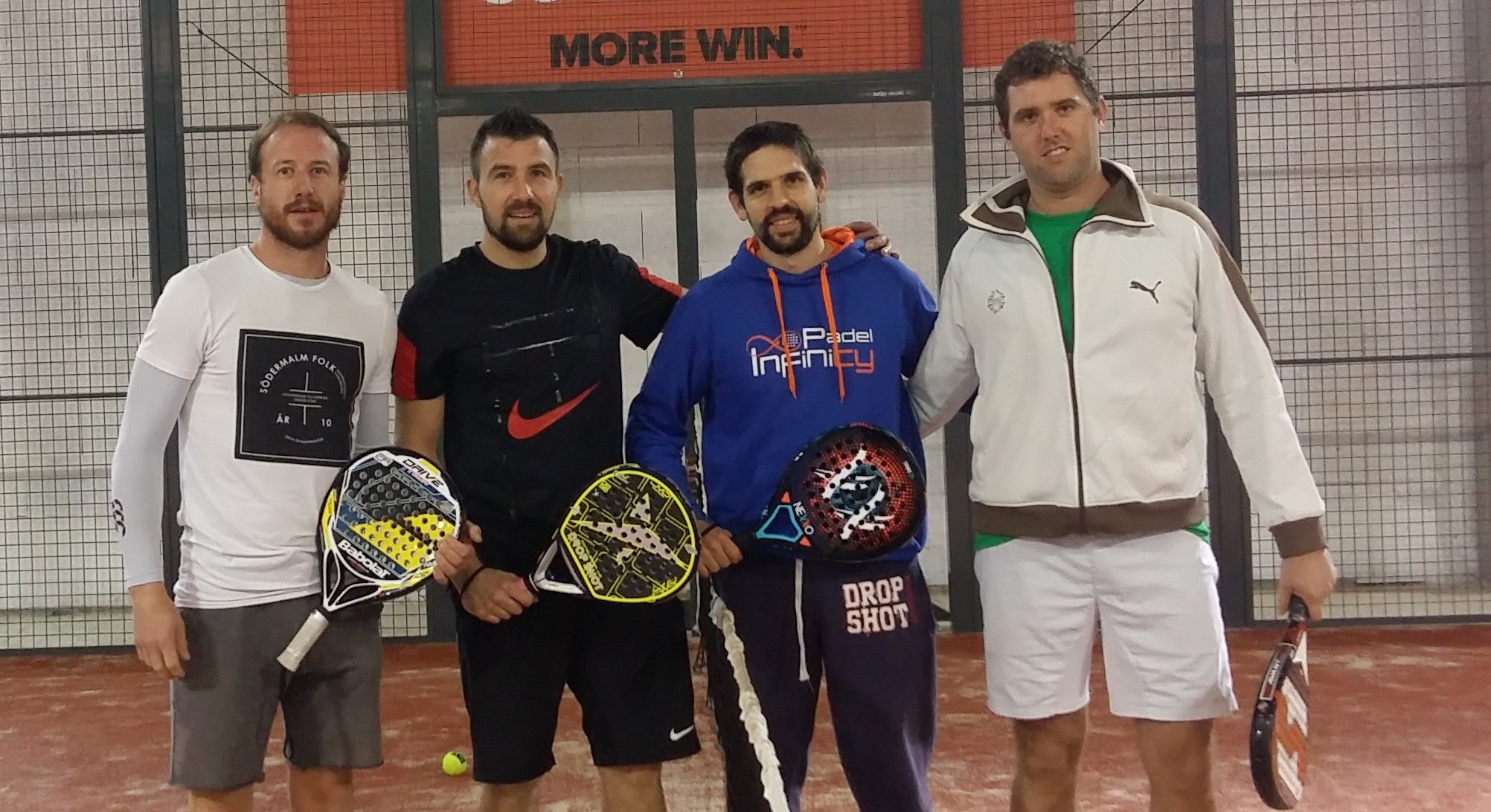 La 3st Stage of the Padel Infinity Tour 2017 has moved to Poitiers for this new event. Again, as from the beginning, it's a complete tournament that takes place at the Sporting Club of Poitiers with no less than 26 teams on the 2 club tracks.

And like the other stages, the players came from all over! Nantes, Poitiers, Limoges, Bordeaux and Toulouse came together and faced each other in 3 categories!

First of all, in Mixed, Baptiste Poey, this time associated with his wife Nathalie won the trophy against Marine Tavernier and Justin Dardenne by mastering the debates all weekend!

The Men's Intermediate category saw the victory of Toulousans Jérémie Darphin and Mathieu Gaston Bigata against local Mathieu Grimaldi and Alexandre Leruste on the score of 9 / 6.

Alexandre returned to the final in the Men's Advanced followed by his friend Baptiste Poey and quietly imposed 6 / 3 6 / 2 face a Guillaume Morère unfortunately declined and Clément Arico. Nice finish nevertheless.

The next leg will take place in Perpignan at the Squash Padel Cup Park the 21 and 22 January and will be the 4st Step of Padel Infinity Tour 2017!

Find all the news of their tournaments on www.padelinfinity.com !