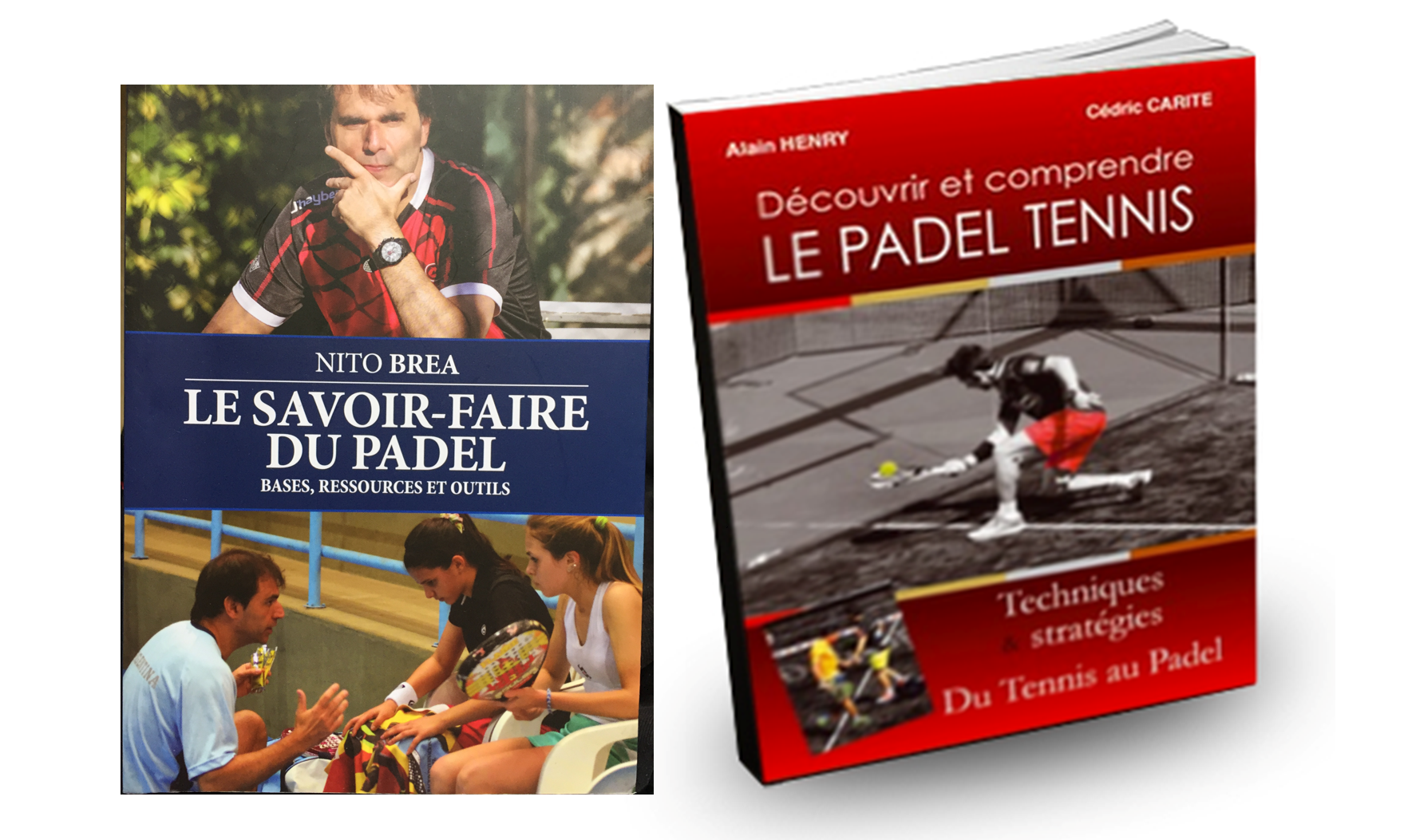 If you are a padel player who starts or wants to improve then these 2 paddle books are for you.

THE KNOW-HOW OF PADEL By Nito Brea

This book mixes techniques, tips, anecdotes, comments and even confession of the padel champion and coach he will always continue to be. This padel book speaks about technique, but more of the inside by talking about the players he coached for example and the experience he has accumulated. It is a general book that must sometimes be read with a reader's eye reading a story. For there are plenty of stories in this book and that is all the richness of this book.

Cédric Carité and Alain Henry are figures of the French padel. From their experience in the padel, but also from teaching, they managed to make a perfect book to discover and learn to play. How to play ? Which catch? How to make some shots? Where is it located? The book can be considered as a school book, especially for those tennis players who embark on the padel adventure and to whom it sometimes takes some adjustments to understand the sport.