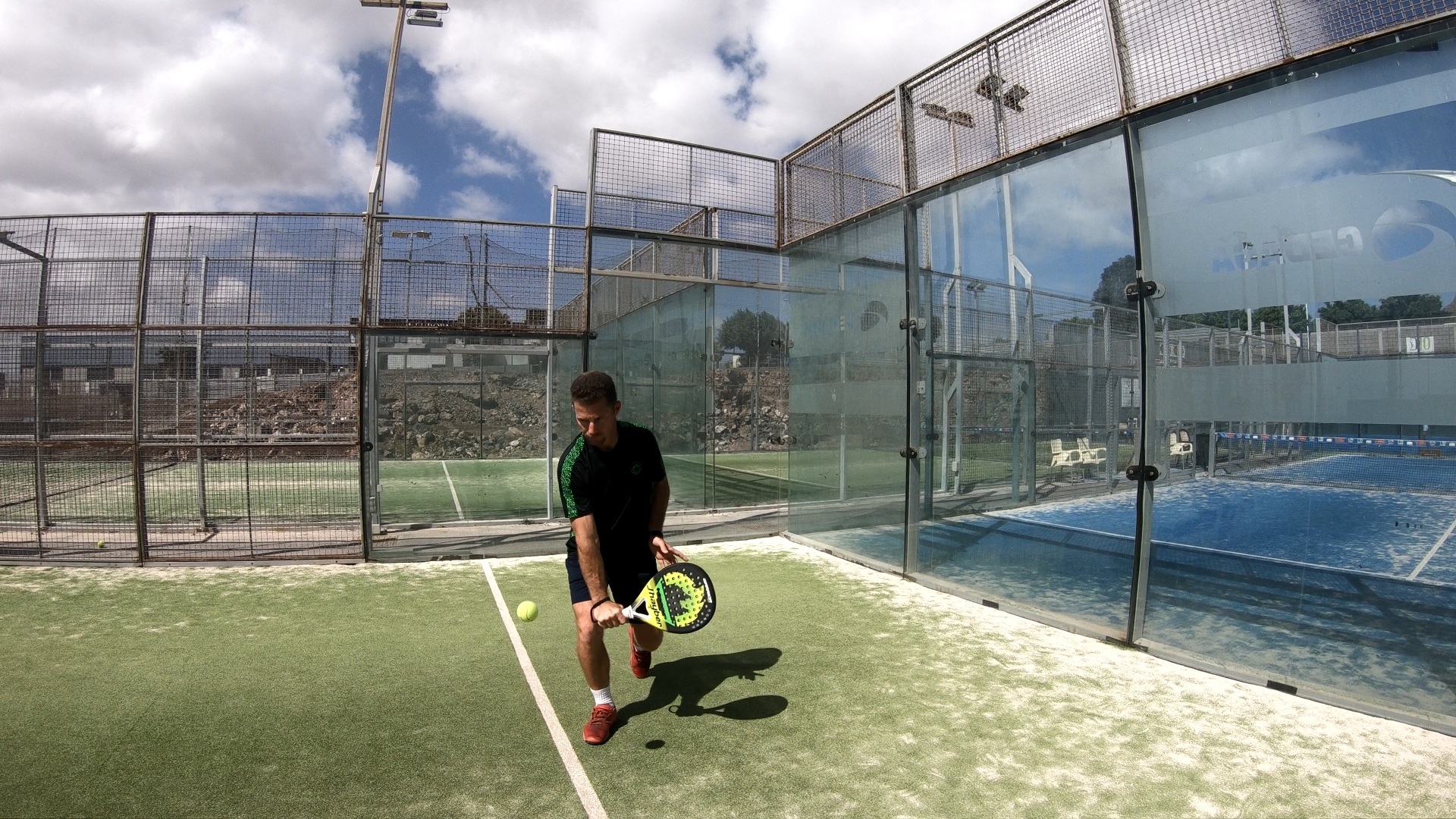 Le reverse au padel is a magnificent shot. Very elegant, it is one of the most photographed gestures. For the players, it can be very effective but also a real headache when learning. Let's take two minutes to clear this up.

One-handed, two-handed, cut, topspin or flat, the options are great for achieving a backhand. You don't know how to do this trick? We will try to help you.

The first concern when performing the backhand is preparation. Why ? Because naturally we have less strength in the arm and wrist when we open our arms than when we close them (forehand gesture). So it is difficult for us to "place" the pala always in the same place when preparing with one hand.

The role of the "boss" or the non-dominant hand

The non-dominant hand has a major role in the preparation and especially in the achievement of the backhand. It is she who will always place the pala in the same position, which will allow you to adapt and adjust the height of your dominant hand to ultimately act as an elastic which will break when we decide to impact the ball.

One hand or two hands?

It has been shown by the players themselves that a backhand padel does not have to be done with one hand. It is true that the handle of the pala is shorter than a tennis racket handle, but this does not affect the effectiveness of the stroke. 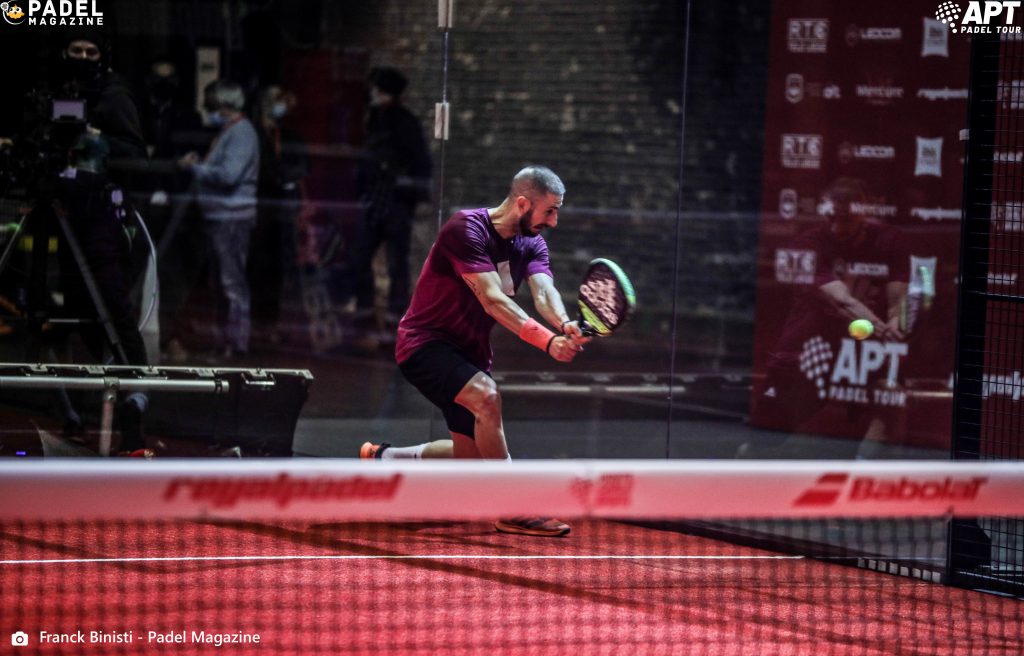 Our advice would be twofold. In people who have little strength in the wrists, we are talking about children, some ladies and even some men, it is preferable to use both hands in order to have more control during the strike (the pala does not vibrate. no) and avoid injury. The other tip is to use feeling. Is your one-handed backhand not working? Are you not comfortable? Trying to strike with 2 hands may be one of the solutions. And listen to yourself, because it is you who grab the pala, not your instructor or even your friend. No one should judge you if you land a two-handed backhand. The important thing is that you are comfortable with this basic move.

How to achieve the reverse?

At the bottom of the track, placed in the "house" behind the end line, in a waiting position, pala held with both hands in front of us at navel height, we will place the pala backwards as quickly as possible with the two hands, inside the wrist of the dominant hand resting on the belt. By adopting this position, our body will tilt to the side which will allow us either to take a step backwards or a step forward, everything will depend on the direction of the ball you have to play. 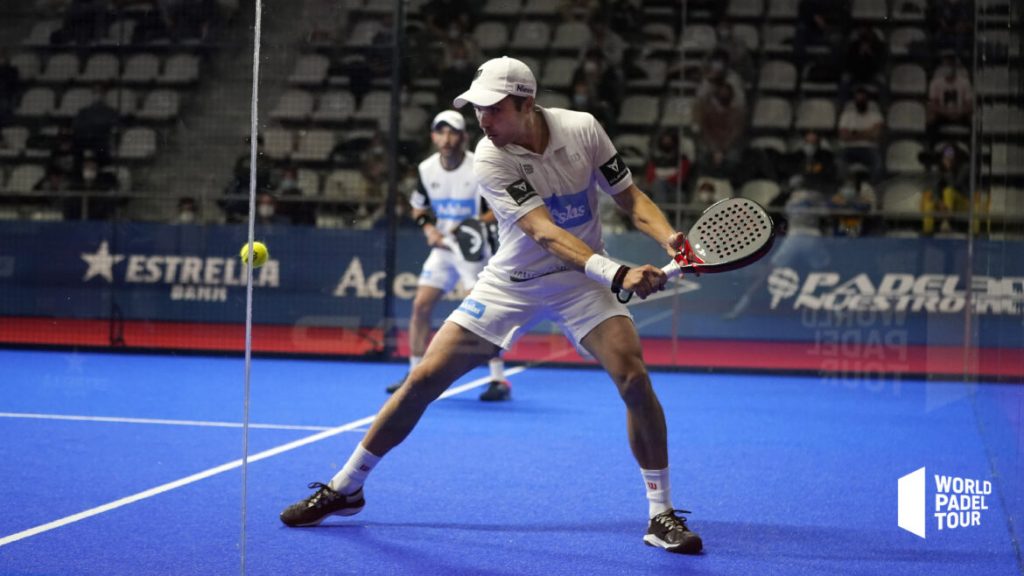 From this profile position, the idea will be to tilt the weight of our body forward in order to gain the upper hand on the ball, to give direction, speed or even precision.

What effect to give?

Once you have the best position for the strike, it will be time to hit the ball. With the wrist of the dominant hand glued to the belt, we can access the impacted flat or lifted cuff, that is to say with a brushed effect from bottom to top.

For the cuffs with a cut effect, it will be necessary to adapt the preparation. Instead of leaving the wrist glued to the belt, the non-dominant hand (the boss) will pull the pala upwards to reach the height of the chest. Since this new preparation height, it will be easier for us to make a cut back (slice).

After having impacted the ball, consider that you must accompany the ball to the place where you wish to play. This will allow you to have more precision, to put your opponents under pressure, and above all to get back to you more easily. 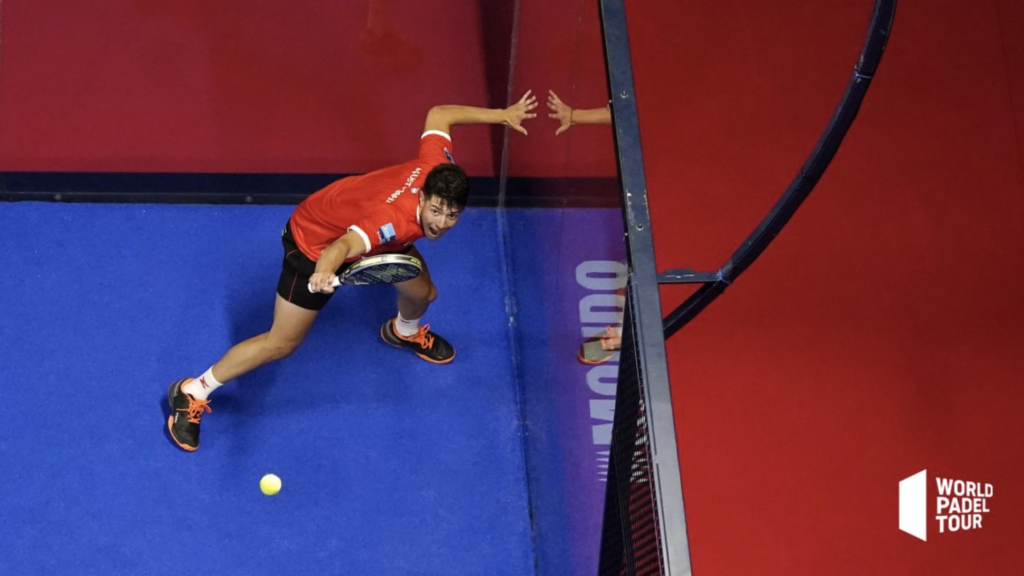 The most common mistake is to step back too quickly by taking a step with the front foot back. We immediately lose control of the ball which often will have an upward trajectory so easy to play for our opponents or worse, which will end its course in the opposing glass.

Tip: after the strike, drag the rear foot before moving it forward. Return to your position by leaning on it.

The backhand is therefore an elegant, spectacular shot but one that deserves hours of practice so that it is as smooth as possible. Efficiency will derive from this fluidity. So learn to look at yourself, to understand your movements, your placements, your supports, your pala positions in order to love this backhand. And the day you find yourself handsome when performing the one or two handed backhand, you will have taken a giant leap in your learning padel.