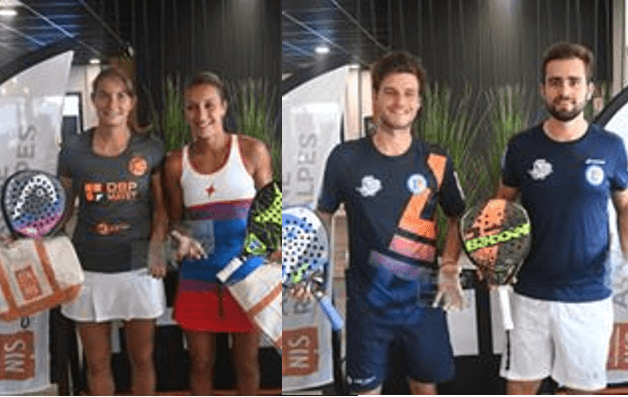 During this time of heat wave the management of the many matches was a real challenge for the various participants. How to manage the sequence of matches, hydration, diet and waiting between games was not necessarily easy for some pairs.

But conviviality was the key word of this qualifying phase, both from the players and the staff members of Esprit Padel. This sports enclosure dedicated to Padel where everything is clearly studied so that the Padelistes are in the best conditions.

We feel that Padel Spirit is clearly a place of sport and not just Padel. Indeed, during the first qualifying day, France had its 8e final against Argentina and, Esprit Padel allowed all players to have a good time watching the game. The question of good living is totally at the heart of the reflection of the staff of Esprit Padel !

There is one question that remains unanswered after this Aura League Championship weekend, the use of outdoor and / or indoor courts. The staff of Esprit Padel told us that few people chose to use their outdoor land. While some players from the other side of the League were surprised by this observation and play outside as soon as possible!

What do you think ? Give us your point of view to discuss it!