Confinement was a way of the cross for theArgentina. By more than 200 days of isolation forced, the albiceleste nation needed to let off steam and get back to sport. This is one of the reasons why the padel knows a tree in his practice for several weeks.

A boom sparked by the pandemic

Argentina, these are 2 million practitioners, 2600 clubs and 4900 courts according to figures put forward by Lisandro Borges, president of the Argentine Association of Padel (APA) and organizer of Buenos Aires Padel Tower. The presence of Fernando Belasteguín or Sanyo Gutierrez, superstars of the discipline, at the top of the hierarchy of World Padel Tour for many, many years, has also been a powerful catalyst in attracting new players. Not to mention the ultra spectacular young people: Tapia, Tello, Chingotto, Stupaczuk…

Le padel in Argentina, as everywhere else, benefits from its playful and easy-to-access side. “In the 90s, the padel was growing. Then he disappeared because he entered a fierce war with tennis ”, explains Lisandro Borges at infobae.com. But the padel is much more inclusive because four people can play at different levels while having fun, which is not the case in tennis which requires greater technique. This leads to a exponential growth, not only in Argentina but all over the world ”.

Modernization of the offer

To keep all the new followers, Argentinian structures must be modernized. Indeed, of the 4900 courts in the country, only 10% have carpet and 5% windows. In other words, 85% of the tracks are concrete. It is therefore imperative to modernize the offer, not only to perpetuate this new base of practitioners, but also to prevent them from injuries to the knees and ankles. It is a snowball effect: when a club invests, it becomes more attractive, which pushes the competitors to equip themselves in turn. Therefore, the level increases.

From bankruptcy to full

Le padel therefore refueled and, finally, many complexes at edge of bankruptcy early 2020 are now at the center of sports practice in Argentina. “Since September, we have lived a moment like the 90s, notes Guillermo García Berro, owner of the Pasaje del Sol club in Buenos Aires and the first owner to offer grass courts in 2012. In the months which followed the reopening following an authorization from the city, we were able to pull ourselves together ”.

And insofar as the padel respect the barrier gestures, social distancing and that it allows to find sociability with matches in doubles, the moment is almost historic: “People come to play from 17 pm to midnight and there is also a lot of competition on the weekends”. Club owner padel World Padel Center, Félix Orsatti believes that football players have referred to the padel car “It's a sport with few participants, which is more careful. You can stay in a smaller bubble ”.

With this modernization of the offer, it is all business of padel who leaves sharply. Guillermo García Berro assures us, the possibility of following the exploits of the players in streaming, in particular via YouTube, has boosted the sales: “Before, people would come and play with any pala, any shoes. Today, it is with top level rackets, specific shoes. They buy them all, those who play well as those who are just starting out ”. 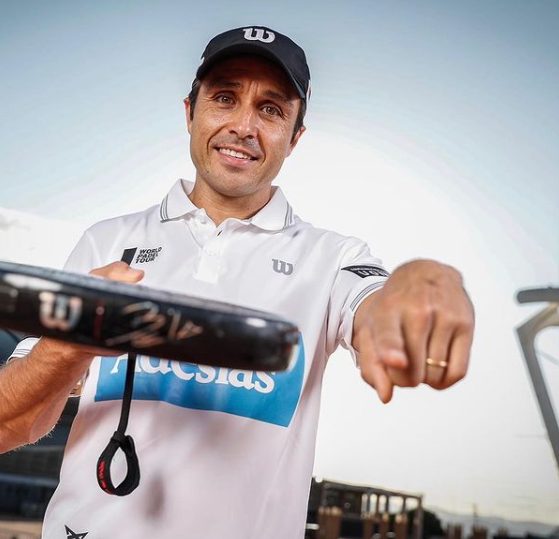 Owner of the Tenis Hollywood store, Gustavo Olivera notes a buyer fever in practitioners who have been deprived of sport for a very long time : “It's part of the current boom. It used to be fun to play, now it's even more fun. It does not happen like in tennis where 85% of amateur players want the professional racquet. In the padel, there are not so many. You can have 50% of players who buy for the price and quality and 50% who only buy high end because that's what the professional player uses ”.

Balance sheet: sales have doubled in the past year. “There is a product crisis for all brands, supports Guillermo García Berro. There are few palas. Argentinian factories cannot cope with production and specialty shops have no stock. This is due to popular demand ”. Enough to ride the wave for many more months and ensure the sustainability of the practice in Argentina!