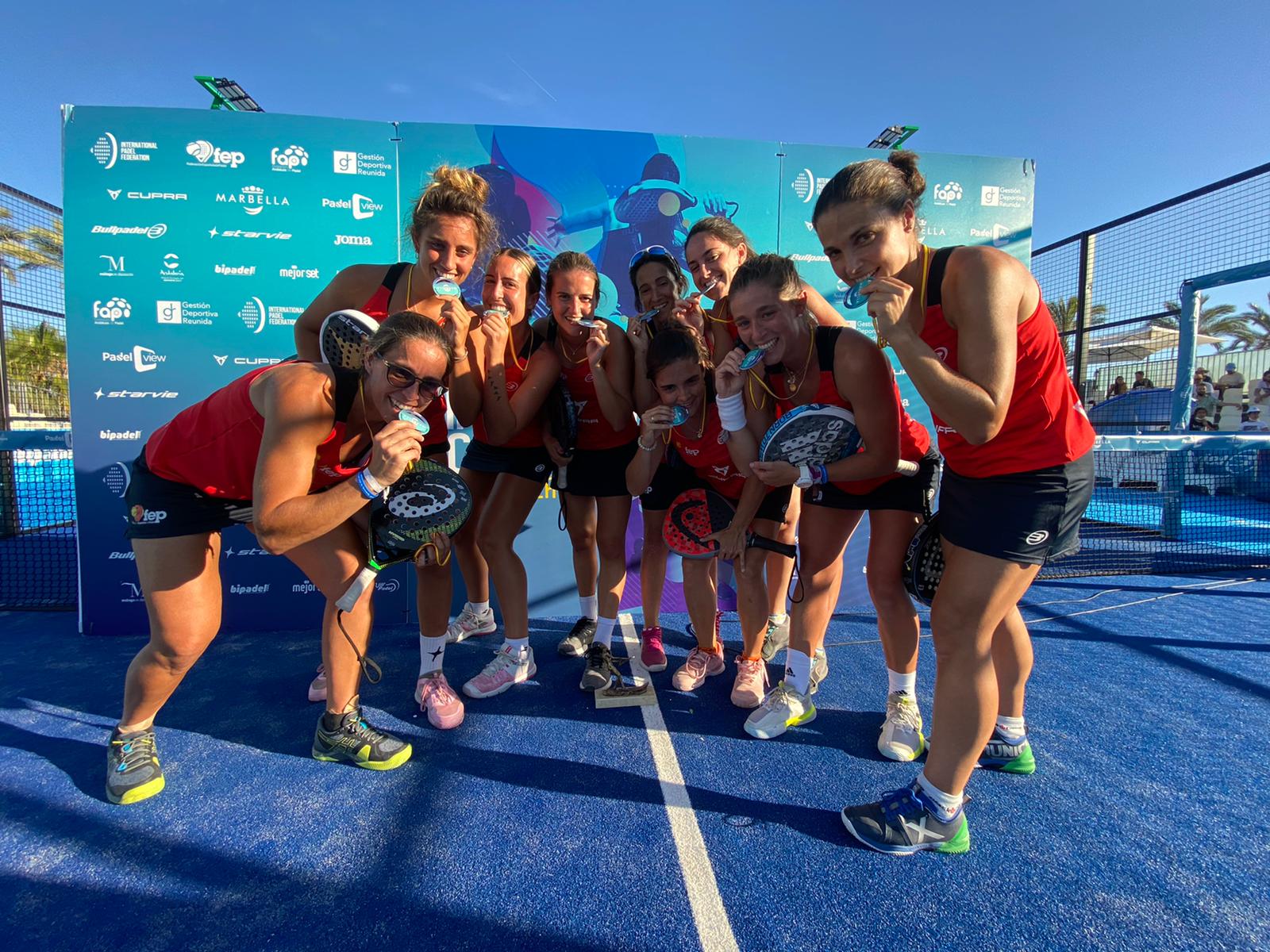 Léa Godallier and Alix Collombon had started well, taking the service of Bea Gonzalez and Lucia Sainz from the start. Broken on the next game at punto de oro, the French suffered during the rest of the first set, which they lost 6/1.

Back with intentions after the break they managed to lead 4/1 but once again Bea and Lucia, who are one of the very best pairs in the world, went around to win 6/1 6 / 4.

Opposed to Tamara Icardo and Marta Ortega, Charlotte Soubrie and Marianne Vandaele could not do better, with a 6/1 6/1 loss.

Spain is European champion 2021, in girls as in men, by not having lost a set in the pair competition (Iglesias and Amatriain lost in sets in the Open against Godallier / Collombon).