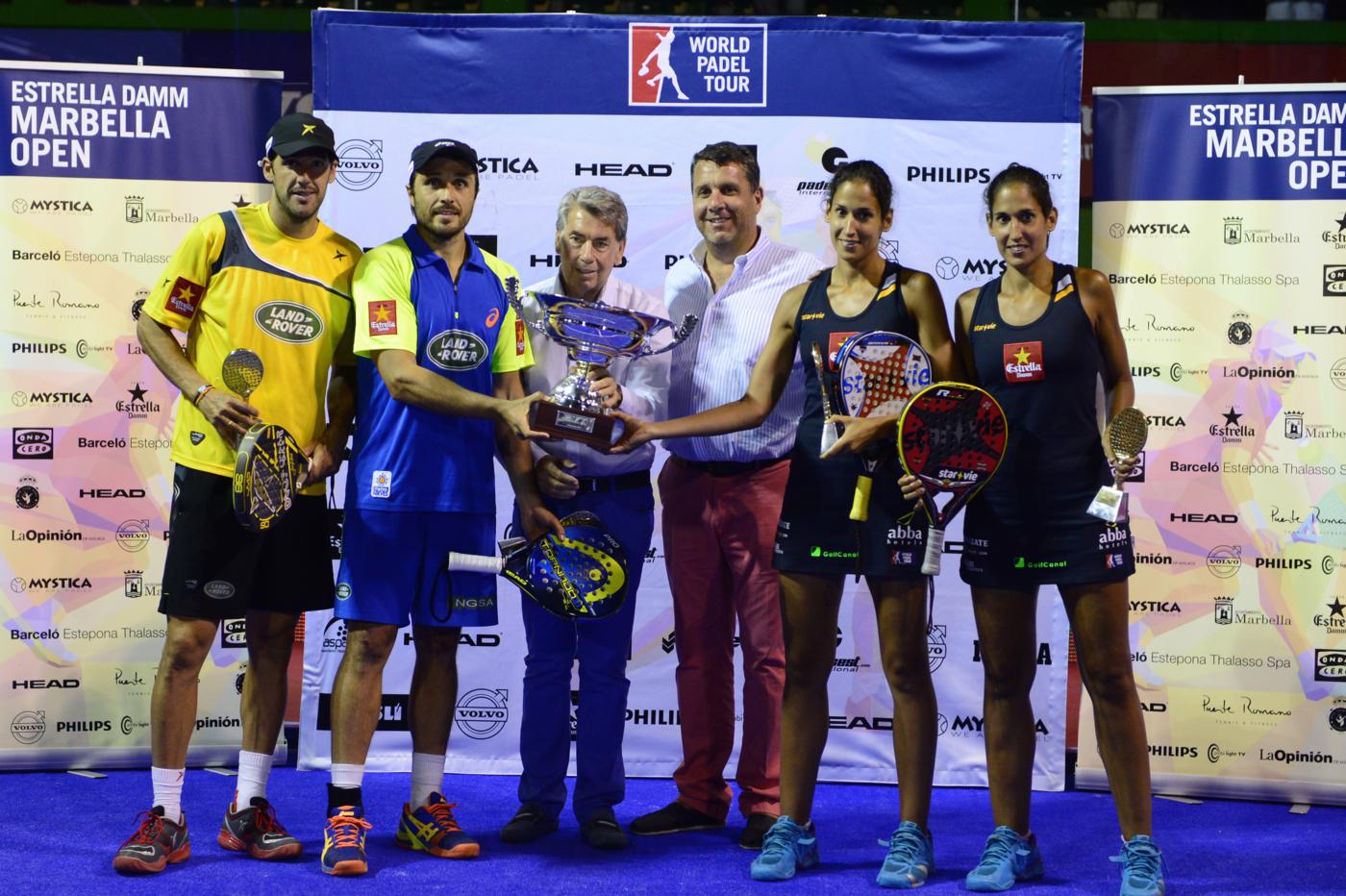 Padel Magazine - At the Marbella Open, both women and men presented a magnificent spectacle. What stands out is the winners. Yes, the favorites made the powder speak.

[highlight] And Three for the Alayeto… [/ highlight]

Let's start with women with binoculars, Majo y Mapi Sánchez Alayeto who went for a great victory against Patty Llaguno and Eli Amatriain. The sisters have done well to stay together and continue their ascent. This is their third WPT victory this year, which makes them the most successful this season. If the score in two sets (3-6; 3-7) made it possible to show this difference in level between the first and fourth players in the world, let's not forget the second set which was far from being a long calm river. But at the time of concluding the current queens of the women's WPT knew how to raise their level and not to be embarked on a 5rd set.

We thought they were tired after their last two WPTs… Well… The king's level is back. Kings of padel have once again won in a WPT. This is the 4th trophy this season. This trophy won by Bela and Diaz was, however, far from restful against Paquito Navarro and Tito Allemandi. It was an unprecedented final, as the world number 7 had never made it to the finals in a WPT. They tried to cope by managing to take a set (7/6) in the second set after a beating in the first set (2/6). But they clearly did not measure up. As soon as it was necessary to complete the points, the kings were there. Paquito, the darling of the public, however offered a good performance despite some waste, while his loyal partner, Argentinian Tito Allemandi was too often cornered to hurt opponents. The world numbers therefore won in 1 sets: 4-6 1-6 7-6 3-6