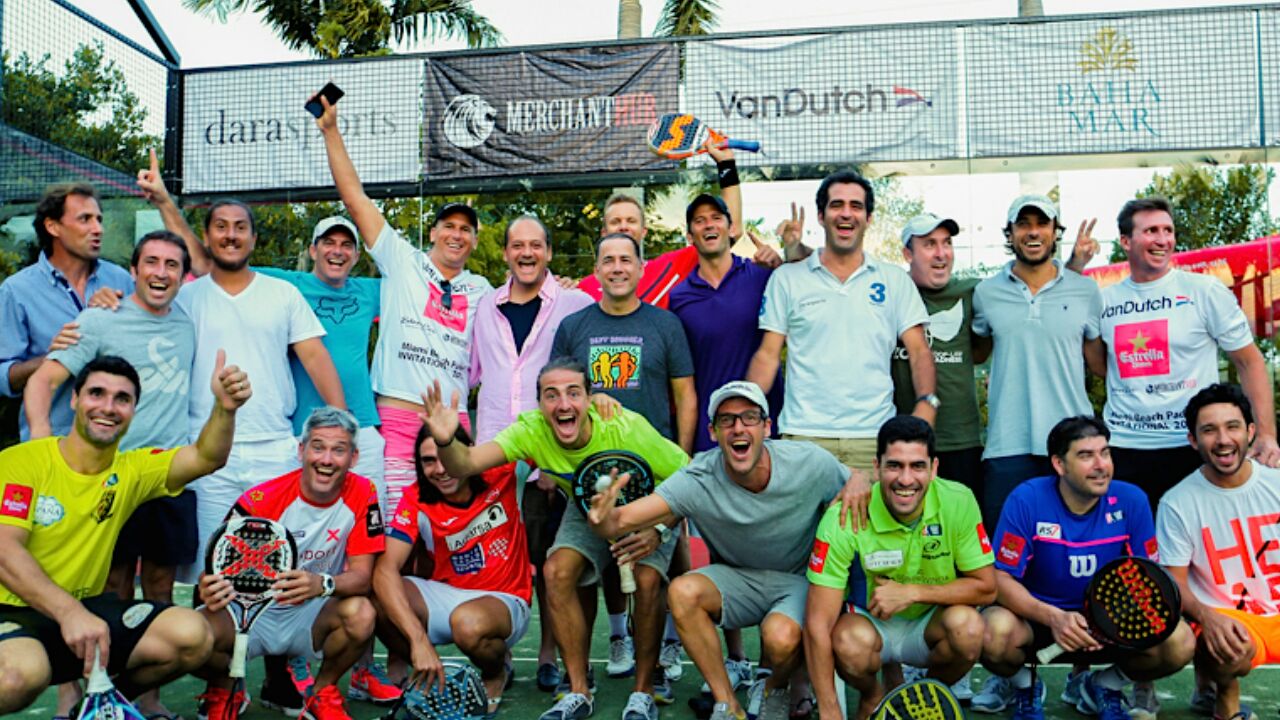 The padel is currently developing around the world. Nallé Grinda, one of the best French paddle players and living in Miami, is doing a lot of work to promote this sport in the United States.

For the second time this year, the players of World Padel Tour have responded to Nallé Grinda and Wayne Boich's invitation to stop over in Miami.

No less than 9 of the best players in the world were present on the magnificent panoramic court of the “Padel Mafia ”from Miami Beach. Juan Martin Diaz, Juani Mieres, Sanyo Gutierrez, Maxi Sanchez, Miguel Lamperti, Cristian Gutierrez, Maxi Grabiel, Fede Quiles and Agustin Silingo each teamed up with a local player to cross the racquet. After the group stage, the semi-finals pitted Dani Homedes / Maxi Grabiel against Wayne Boich / Agustin Silingo (victory for Boich / Silingo 6-3 / 6-4) and Nallé Grinda associated with Cristian Gutierrez against Ivan Gonzalez and Miguel Lamperti ( 6 / 3-7 / 5 Grinda Gonzalez). The overwhelming heat during these semi-finals prompted the organizers to launch the final at 18 p.m. to accommodate players and spectators.

The Boich / Silingo pair was in a position to double the bet after winning the first tournament in February. But was not counting the level and complementarity of the Grinda / Gutierrez pair. Nallé Grinda takes revenge after losing in the final of the 1er tournament associated with Leo Padovani. In front of many prestigious guests, Grinda / Gutierrez wins 7 / 5-6 / 4 in 1h31. Miami Beach Mayor Philip Levine was present to present the prizes to the finalists: A dream week in the Bahamas where padel courts are being built.

In short, some wild parties to predict if you go through the Bahamas during the summer holidays!