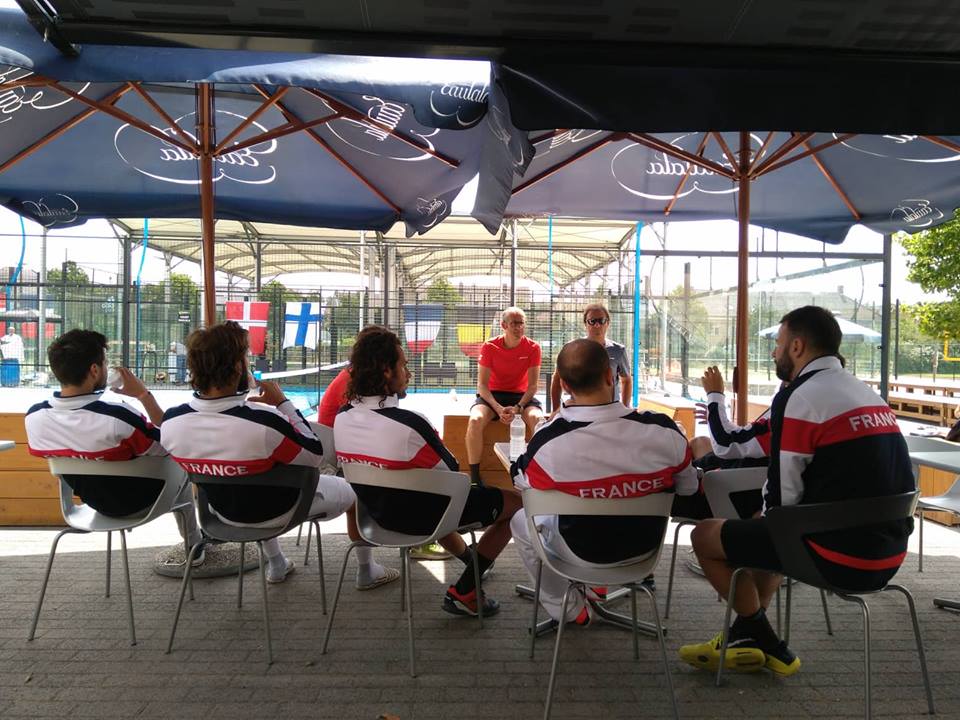 On the way to the finals of the padel world which will take place in Paraguay from October 29 to November 4. The men join the ladies for the 2018 World Cup.

The French paddle team did not give their opponents any chance to hope for anything in their 3 hens made up of Finland and Denmark.

As expected the two nations present in the pool have undergone the vast superiority of the French teams.

The coach of the France team padel, Patrick Fouquet, looks back on this beautiful weekend in Belgium:

Saturday's mission was clear: Qualify without being scared. And the team did it with all the necessary seriousness without ever shaking or against DENMARK NOR AGAINST FINLAND 3 / 0 each time.
Nice atmosphere last night in the team that lives well together. And now everyone has to finish the season until the French Paddle Championship to hope to be in the team at the final Paraguayan deadline.