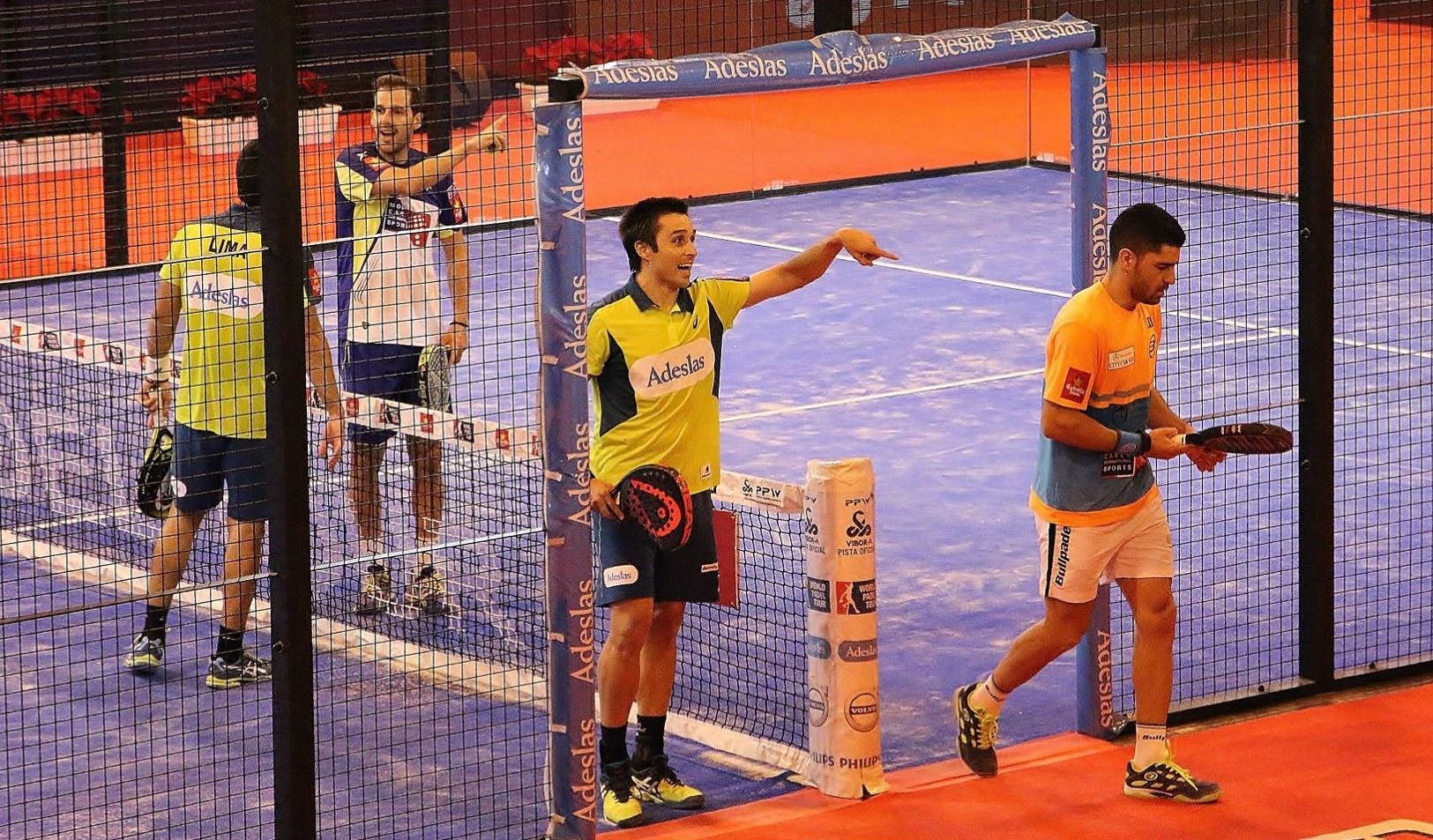 Barely finished the 2015 season, many are the players of the World Padel Tour to have communicated a change of partner for the next season, the opportunity to Padel Magazine to send you pre-season news and a brief analysis of the results of the main players.

For its first season, the Belasteguin / Lima duo won 11 15 events on the pro circuit, saying that no acclimation period was necessary.

Further proof of his immense ability to adapt, Bela triumphed on 2 tournaments in the company of G. Lahoz, replacement of Lima, injured from the first meeting of the circuit.

Despite a full season that allowed him access to the undisputed status of number 2, 2015-2016 was a season of the most complicated for Lima, injured 3 times: pubalgia in November 2014, injury to the shoulder in March 2015 and scaphoid fracture in January 2016.

The race at the front posts and the new pairs of the top 10:

With Master Bela giving no sign of weakness associated with Lima, one of the best left-handers in the world ... the pair to beat for 2016 is clearly identified.

Here are the main movements affecting the top 10 WPT men:

The association of the inevitable F. "Paquito" Navarro (1989) and C. "Sanyo" Gutierrez (1984) seems to be the best formula developed to counter the supremacy of Bela Lima, 7000 points ahead of the 3th ranked player at the end of the season.

If technically and tactically no gap is to be reported on the side of Navarro Gutierrez, hope that they will face the psychological and emotional obstacles that will present themselves at major meetings.

Other inevitable figure of the circuit, the "graying" Mr. Lamperti will be associated with J. Mieres, who makes his return right side of the field, after having evolved on the left with JM Diaz then "Sanyo" Guttierez in 2015.

If Juani and Sanyo finish their season as a hero, win in 3 sets against Bela / Lima in the group stage at the 2015 Masters in Madrid, everything has to be done for Juani and Miguel who both stay on a half-hearted 2015 season : Lamperti made an irregular 2015 season, failing to reach the final at the end of the season (3 semifinals, 9 quarter) and Mieres winning his only tournament in Madrid for 3 finals played alongside contenders for the position of number 1.

Maxi Sanchez, recent winner of his 3e Master WPT, and "warrior" Matias Diaz also promise to fight fiercely and appear at the top of the poster. Over the entire 2015 season both total 11 final. The regularity and aggression of these two players will bring them to rub the last square on many occasions.

For lovers of champagne padel, the refinements and delicacies will be offered by C. Gutierrez and JM Diaz. The latter, recent winner of the Masters 2015, will quickly find his marks alongside C. Gutierrez so as not to have to change pair during the season, as was the case in 2015. Note that C. Guttierez (current number 13 wpt), also had to change partners in the course of the season, aligned with Grabiel then Silingo. Attention to these two values ​​of the circuit, incarnations of the padel show and refined, which apart from JM Diaz and his success at the master did not achieve great success during the regular season.

"The beast" Silingo and "Tito" Germani will also try to win in the top 10, thanks to their physical game and the experience of Germani accumulated in this small circle. Side results, in 2015 A. Germani associated with Mr. Lamperti reached the final of a tournament only 1 recovery, rather disappointing result for the number 9 ranking. At the end of the season, his new companion A. Silingo was in a state of optimum shape and had introduced into his game a variety of blows he lacked until now (amortized and short balls).

Their name necessarily tells you something and they will be present on the 2016 final tables:

Even if it does not occupy (still) the top of the table, and it is not a pair 100% unprecedented, one of the protagonists of the 2015 season, is indeed R. Moyano: It's hard to forget the vintage 2015 that saw him win 2 Challengers (with G. Diaz), compete in the final of the 2015 master (with Grabiel) and play no less than 10 quarter-finals throughout the season.

Associated with Mr. Grabiel, R. Moyano will surely surprise more than a pair of the current top 10.

Reca has not for the moment not informed of his situation, remember that it should normally evolve with the young hope E. Estrella, died accidentally in January 2016.

The "Mythical" S. Nerone will be associated with F. Quiles, the second revelation of the 2015 season, which has gradually managed to integrate the final tables of tournaments WPT (1 semifinal, 4 quarter, 8 eighth played this season). This pair will surely offer a physical, explosive and spectacular padel.

Poggi (1 semi final in Challenger and 10 eighth in finals) will evolve next to J.Muñoz (5 quarter-finals and 9 eighth). They will try to maintain their respective positions, but many are the young people who point the end of their racket.

The union between G. Diaz (2 titles Challenger 1 quarter and 10 eighth finals) and L. Capra, born in 1993 youngest finalist of a tournament wpt, will see evolve an atypical pair, composed by a young and a veteran player experimented.

Although it is not a new pair, let us welcome the return of Mr. Marina and A. Ruiz who will try to confirm their promising start of the season 2015 (semi-final challenger, victory against Mieres JM Diaz in tournament) which was complicated by the injuries of the two talented players born respectively in 1993 and 1994.

The Spanish paddle will not be left behind, the new features for 2016 will be followed by Piñeiro - Bergareche (41e and 29e from the ranking wpt) and Cepero - Lijo (1991), composed by these two players currently playing around the 40e place of the ranking wpt.

Stay connected ... Padel Magazine will introduce you soon the new pairs of the feminine circuit ...