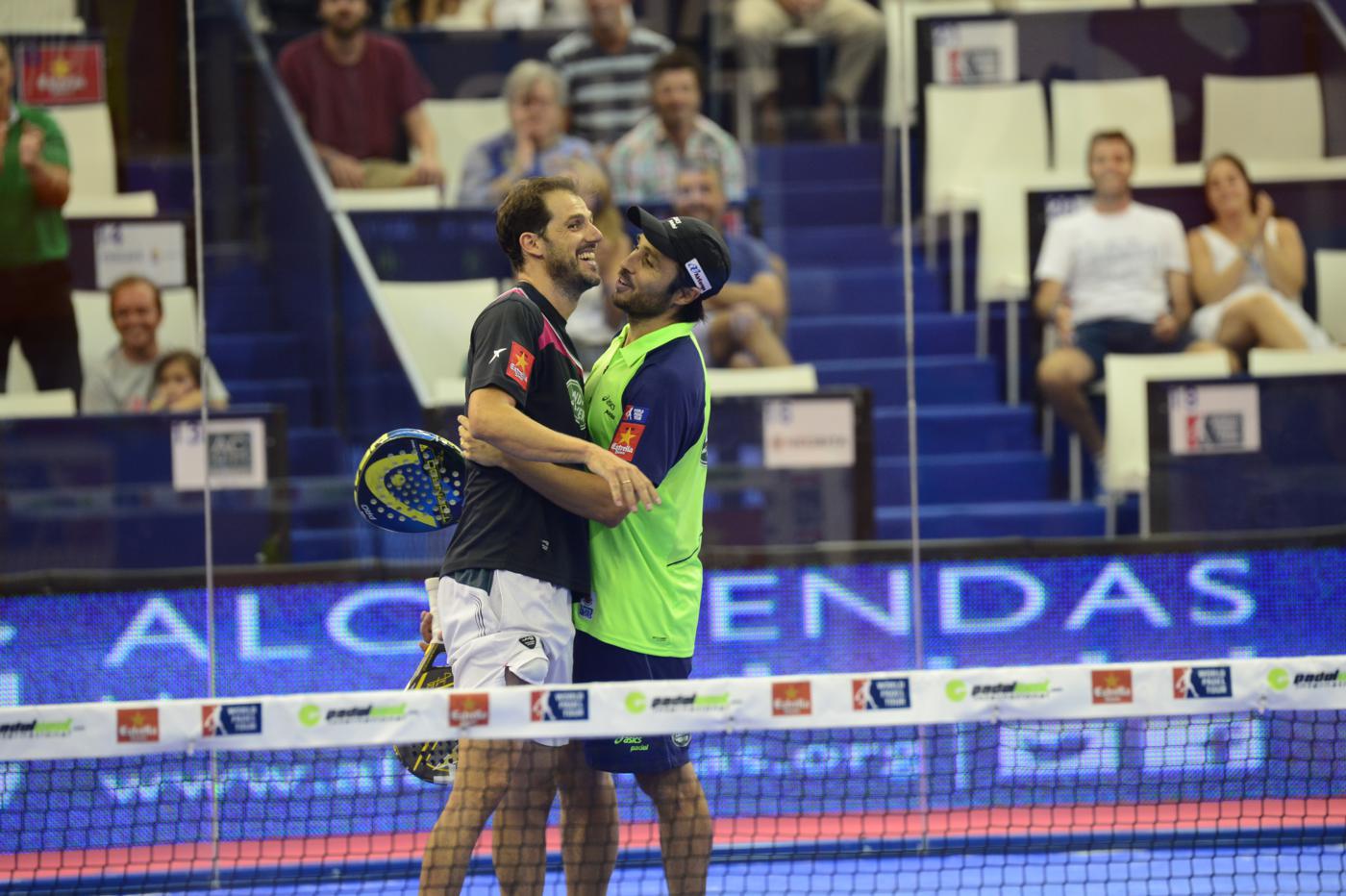 Padel Magazine - It has taken a while for the current world number 1 padel players to return to business and finally win their 1st WPT since the announcement of their separation scheduled for the end of the year.

That it was difficult! After the NUCIA WPT final and this 5 defeat against the Padel Princes (Mieres and Lima), Fernando Belasteguin and Juan Martin Diaz once again fought for 5 sets.

But this time, it will be against against this pair so atypical on the paper namely Matías Díaz and Cristian Gutiérrez (Pair n ° 4 world). A particular game where the defense game is king.

Bela and Juan were led two sets to one. They were in the red and opposite, not a lot of gifts. But a game will think the scales: the famous 7e game 4e set. 3 everywhere, the pairs practice high level and difficult to know who will come out winner of this final game. It is at this point that Bela offers us some points which he has the secret to knock out the opponent. JMD offers us some moves out of nowhere and here we are 3 games later at 6 / 3.

It's terrible for Gutierrez and Matias Diaz, especially since they will lose the 5e set on a avoidable break.

The players will have delivered a beautiful battle and a match with suspense. It was not enough to make the audience hysterical with happiness.