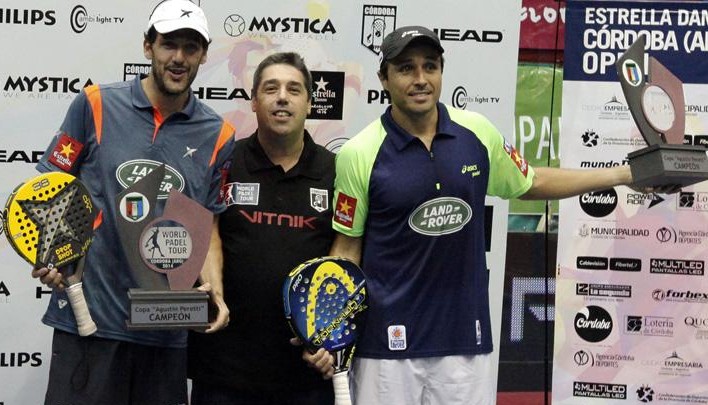 Padel Magazine - Some say that Juan Martin Dias and Fernando Belasteguin flinched and separated for relationship problems… But the answer, they give it on the field once again with a great victory over the youngest team in the world top 10 namely Sanyo Gutiérrez and Maxi Sánchez.

The Open in Cordoba, Argentina is a special stage because it is deemed difficult to win in a very hot atmosphere. The world's numbers are somehow on their native land, even though life has led them to Spain.

The final was one way, even if the 4e world pair showed beautiful things especially in the second set she managed to win (7 / 5).