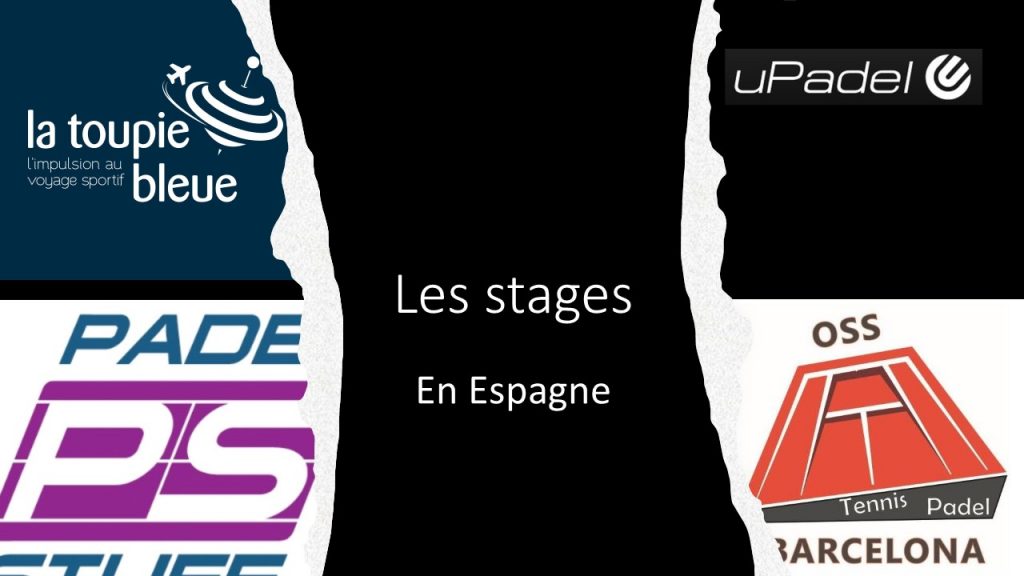 In France, internship offers and training in the padel resumed for outdoor clubs. But if you need more heat or absolutely play indoors, Spain can be a perfect destination to satisfy your desires.

Why us? Padel Barcelona

OSS Barcelona is one of the most famous structures in France. Isabelle Vannier is an outstanding organizer. OSS Barcelona offers you the possibility of having internships that correspond to your desires. Internships can be fully managed from the hotel, at meals, obviously including internships padel and matches with local players.

UPADEL.net is the organization of padel managed by one of the most famous French coaches: Pierre Lamouré. You discovered him as a columnist on Padel Magazine with tutorials around technique and tactics padel. But it is above all a very great experience of padel that it allows to offer to all its trainees near Malaga.

Padel Stuff is an organization of padel Spanish which makes Spanish teaching professionals available to trainees. Padel Stuff is able to offer internships padel all over Spain depending on demand. Today, the formations turn mainly on Madrid, Alicante and Andalusia-Coast of the Sun.

La Toupie Bleue is an “Atout France” certified travel agency. To date, it is the only agency offering such a degree of certification. The agency offers internships padel in Barcelona but also and especially in Tenerife in collaboration with one of the greatest French coaches: Julien Bondia.

Some players from padel French professionals who play in both Madrid and Barcelona can also offer internships padel. In 2021, stay alert: Bastien Blanqué in Madrid, Jérémy Scatena and Benjamin Tison in Barcelona.