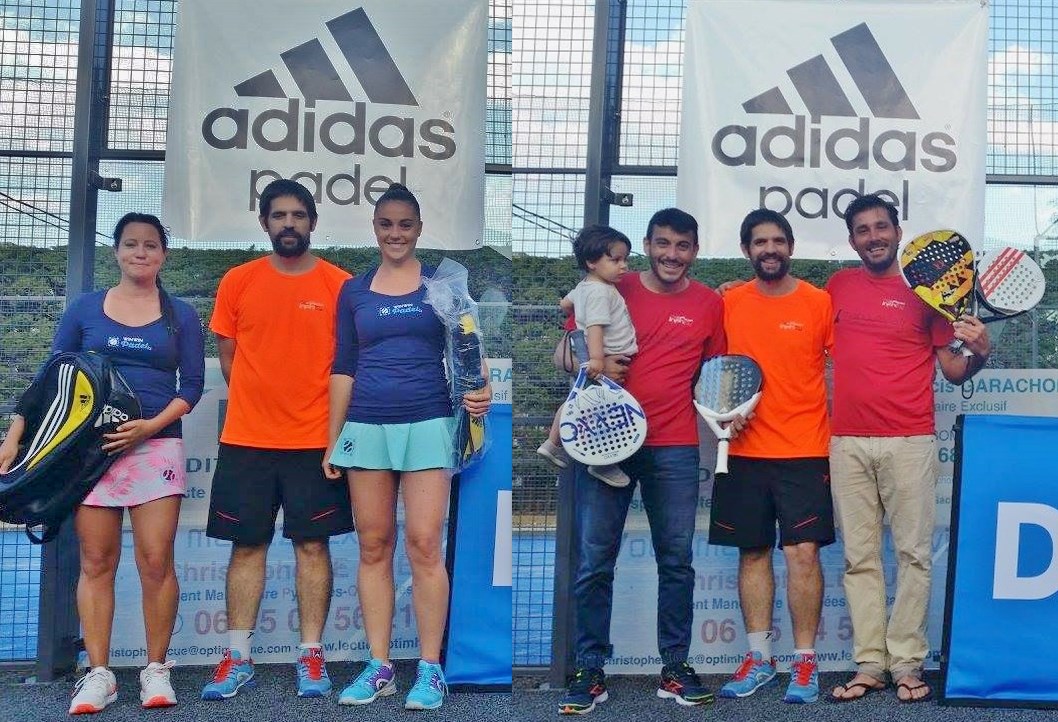 The Mas hosted this weekend the 10th stage of the Padel Infinity Tour organized by Clément Arico. The Padel Club du Mas in Perpignan has become an essential stopover on the circuit, and even on the padel French. Back on this big step.


While the north was flooded with rain, the south was just as much sun but ... which obviously in the region is rather a habit especially at this time of the year.

63 pairs have clashed all over France and even Spain. It's the Spanish pair  Jose Luis Lara Salines (Player qualifying regularly for the World Padel Tour stages) and Chema Calvo who finally win the Men's Men's Advanced event against Gilles david et Cédric Biegel, 6 / 3 6 / 2.

The Spaniards had already done damage in the previous round by eliminating Laurent Boulade et Pier Gauthier Super tie break (6 / 4 1 / 6 10-8). The score shows that the French pair that aims to go try on a stage of the World Padel Tour is not that far for the qualifying stages.


The other semifinal was also very very close since Gille David and Cédric Biegel have managed to get out Alain Henry et Emmanuel Tecles also at 7 / 6 6 / 7 10-5 Super Tie Break.

The feminine was won by Laura Clergue et Audrey Casanova Padel face a Carine Vidal et Line Padel 6 / 2 6 / 4 in a well-contested final. we feel the French champions ready for the fight this weekend for the qualifications of the padel world championships in the Netherlands.