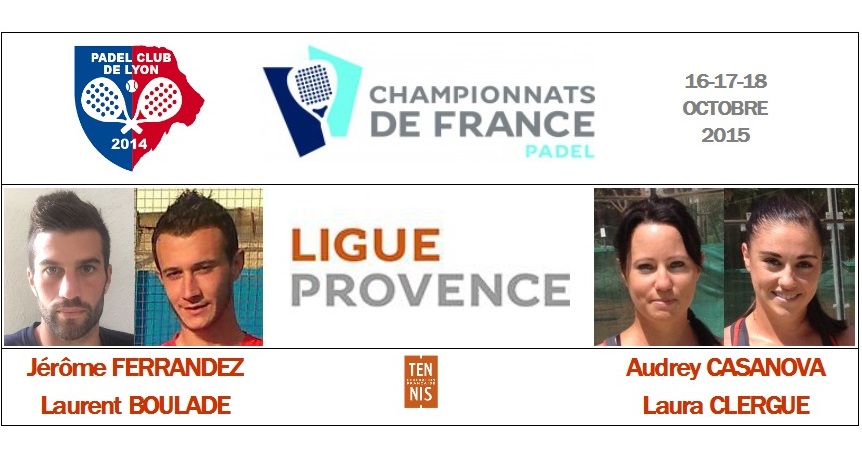 Jérôme Bécasset and Jean-Marc Herard will carry out a daily zoom on a league and its representatives for the French championships of padel au Padel Lyon Club (Padel Central). The Provence league is scrutinized.

Laura Clergue (LC) - Several times champion of Provence until I was 14, then stopped for overdose and studies. Best ranking 4/6, currently 5/6. I also did 7 years of gym and 4 years of handball: you might as well use the power of the arm in several sports!

2 / The discovery of padel

LC - An assiduous tennis player in singles, I no longer appreciated being alone on a court. My brother traveled frequently to Spain and introduced me to the padel: it was love at first sight for both of us.

AC - I discovered the Padel in 2010, at the Set club in Aix-en-Provence, while I was working as a stringer in the club shop. Jean-Marc Lenoir and Clément Forget introduced me to the padel.

LC - We can't really speak of experience since it's only been a year and a half since I started. But since then I play it 1 to 5 times a week. The goal is to participate in a world championship.

AC - With my teammate we play at the Set Club of Aix en Provence. I am licensed at the tennis club of goat bel air, strictly tennis it seems to me.

5 / Course during the regional qualifications

LC - Good! Unfortunately we have faced few girls teams (3). The last team, the one we played in the final, gave us a hard time (Sandra Dalain and Carole Anne Lovera).

6 / Ambitions for the final stages

LC - We will try to go all the way and win the title. However, we must discover the new pairs and their game.

AC - I only know 3 of the players on the championship: Sandy, Géraldine and Line. I fear Spanish-sounding family names!

Laurent Boulade (LB) - I played tennis until I was 15 years old. 12 years ago I discovered the padel at the Set Club during a discovery class made by my school

Jérôme Ferrandez (JF) - I am currently 1/6. I know the padel for more than 10 years and discovered this sport during tennis training in Spain

LB - I'm heading to the top level and to a lot of training in Spain with players in the world top 20. The padel takes a big place in my life, my prospects with my partner are to become N ° 1 French and to evolve on the professional circuit in Spain

JF - The title of champion of France is my ambition. To be the best French pair 😉
Apparently Haziza and Scatena are the favorites, to see ... ..

LB - About 1 year. I was looking for a long time a drinking partner, I see in him a great potential to exploit!

JF - I play mostly since 6 months. With Laurent, we can go far.

LB and JF - Everything went very well. Without false modesty, the qualifications were rather easy.

7 / Ambitions for the final stages

The Provence championships Padel went very well. We organized the qualifying phases on Saturday at a club (Set Padel Club) with 24 teams (20 male pairs and 4 female). Then the finals took place on Sunday at the Tennis Club de Marseille. 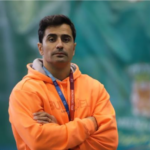 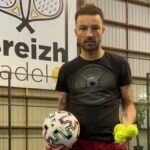 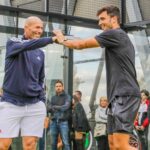 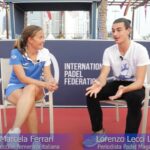 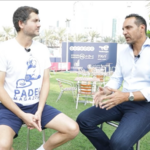 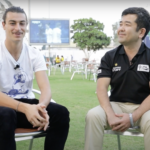 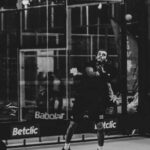