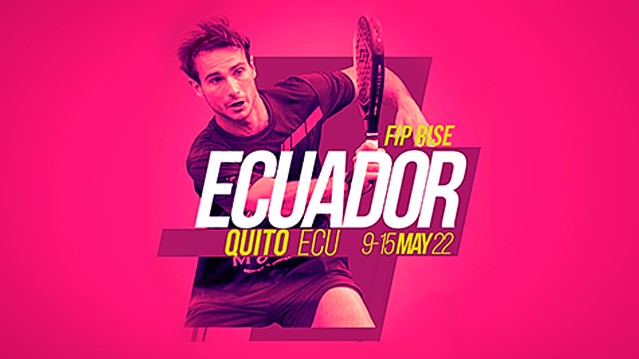 This Sunday evening the semi-finals and finals of the EPA ECUADOR FIP RISE take place.

The first 4 seeds are at the rendezvous for this final evening at the WORLD PADEL CENTER of Quito.

Nallé Grinda and Carlos Luna hope to renew the performance of 2021, they who won the outdoor version of this FIP tournament.

Today, the revenge of last year's final awaits them against Facu Silva and Gaston Zarate, two Argentine players who occupy the first place in the Ecuadorian table.

In the other semi-final, the number 1 seed, made up of two Chileans from the Top 200 WPT, Molina and Martinez, will start as the big favorite against Martinez/Palacios.

The atmosphere promises to be boiling in view of the 400 people still present last night around midnight to support the local hero Carlos Luna and Nallé Grinda. The matches will be broadcast live on DirecTV in Latin America and the United States, and on the FIP YouTube channel from 16 p.m. (23 p.m. in France).