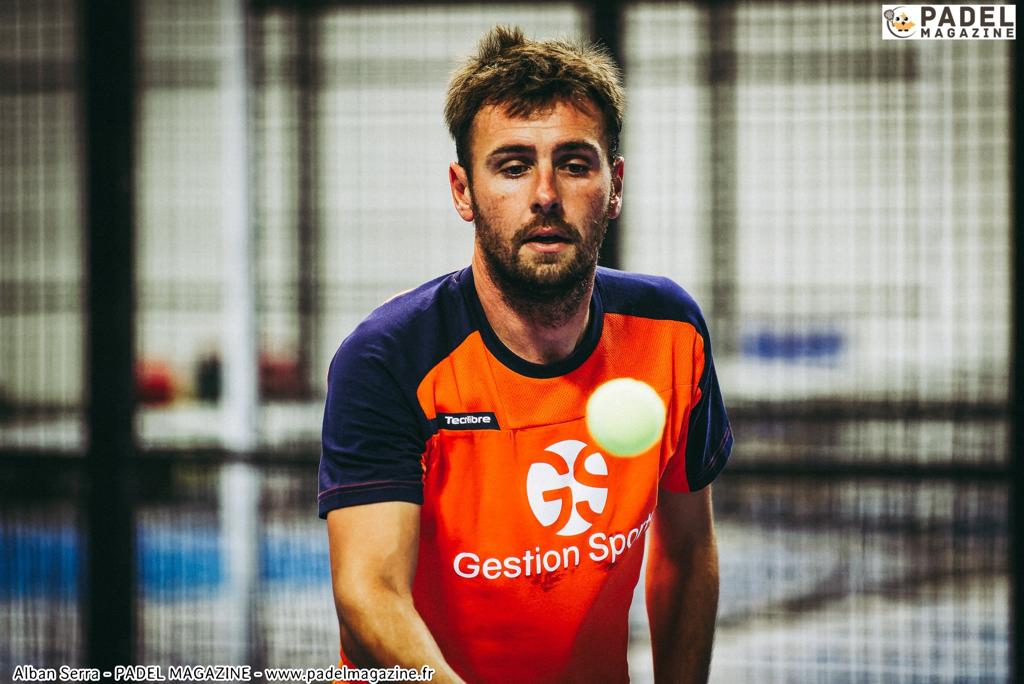 Back on the interview of Loïc Tap, founder of Gestion Sports and padel teacher, of May 11, 2020 on Instagram in Face-à-Face.

It's a fairly active containment because I worked a lot on Gestion Sports. I have talked a lot with club leaders and the days go by pretty quickly in the end. I really took advantage of this period to work well by giving myself a few jogging outings to breathe.

I am from Perpignan, I was born in a family club. My father and my uncle developed a sports complex, with initially 4 tennis courts then 5 squashs and finally 7 padel courts. I started by playing tennis, where I reached the 4/6 ranking. Then I passed my state diploma as a tennis teacher, a physical trainer too. Little by little, I let go of tennis in competition by going to squash. Then, when the padel arrived in 2012, I gently slid towards the padel.

I am passionate about IT so I wanted to create software only for my club at the bottom, e responding to the online booking features, but also to other problems that the club could meet on a daily basis.

When other clubs became interested in the software that the Mas used, I started to market Gestion Sports.

I have the expertise as a player, teacher and computer enthusiast, which is something interesting because when I have a club that calls me we talk more about the development of the club concerned than of software.

It is an application which is reserved for clubs, that is to say that the application will have the name and logo of the club. The goal is that no one sees that the club and the players are using the app. This saves time, as many players reserve the courts electronically rather than by phone.

There is also game creation, that is to say that when a player is alone and looking for partners he just has to create a game by soliciting the regular partners with whom he normally plays. If these people do not respond, his message will be sent to all other players in the club of the same level as this person.

There is the creation of events which can be used by the manager who must fill out a form. Players will be able to register very quickly online. The hens and tables can be put online on the software.

I wanted to bring more than classic IT functionality because I need to share things. I took the initiative to bring together all the clubs that are part of the Gestion Sports network to have constructive meetings. At the end, we leave this videoconference with ideas and the motivation to set up new things.

As a player it's hard not to resume activity, as a teacher, it bothers me that I can't work for two months soon three. It is problematic financially.

However, with regard to these measures, I was with a doctor this afternoon who explained to me that we could bring together 20 specialists in a field, and each would have a different point of view. In Spain they have specialists who say yes to the resumption of padel, in France we have specialists who say no. I can't take sides too much. Now is it more dangerous to play padel in 1 against 1 respecting a few rules than to go shopping or take the metro?

Do private and public clubs have to follow the same rules? Some companies must respect a trade register, other clubs must respect the recommendations of the FFT: there is a vagueness at this level. Either we take the risk of opening with everything that follows, or we choose not to open but we continue to sink a little more financially when there are charges behind.

The FFT has invested € 400 in a 000-stage circuit, just over € 7 per stage. I find it worrisome, any entrepreneur would certainly do better with less. Private clubs see that we do a little anything with certain budgets at the FFT.

It is the private clubs which mainly contribute to the development of padel and it would be legitimate for them to be helped. A gathering of private clubs to be heard with the FFT I find this very good. They do almost everything and have almost nothing today. A union of private clubs why not, but not to end up with the same problems as those we have with the Fed today.

In 2012, everyone played padel like tennis, it struck in all directions, there were a lot of mistakes. And if we just try to make no mistakes, we get a bit shaken. The challenge is to get the opponents to make the mistake, you have to go through this course.

Find the + / Questions from Internet users / INSIDE in the podcast here: