The International Breakers Open (Reunion League) becomes, thanks to the support of the FFT, one of the four biggest tournaments of Beach Tennis

Every year, the Open International des Brisants welcomes the best beach tennis players in the world, on the eponymous beach in Saint-Gilles-les-Bains. For its tenth edition from March 17 to 21, the French tournament will be the first of the four tournaments making up the “Sand Series 2020” circuit.

Organized for many years, the International Breakers Open is a real showcase of France at the world level. The FFT is therefore keen to participate in the full success of this international competition, which it will accompany at its highest level, and wishes to salute the know-how of the island of Reunion, where the discipline found its first followers in France in the 2000 years. She also thanks the volunteers for their investment in the development of Beach Tennis.

“Reaching the top step for the Bourbon Brisants tournament is a great satisfaction. This notoriety further establishes France as a major player in Beach Tennis ”explains Patricia Froissart, Vice President in charge of the national Beach Tennis competition at the FFT.

« The French Tennis Federation, and private partners including BNP Paribas, having confirmed their support for the realization of this ambitious project, we are proud to announce that the Open International des Brisants will thus be the first tournament in the world to be launched this new “Sand series” circuit Explains Renaud Bourjea, director of Club Bourbon Brisants Beachtennis. 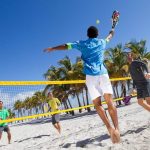 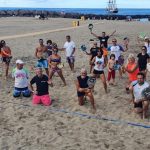 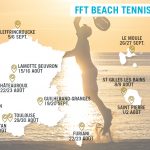 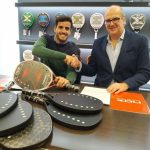 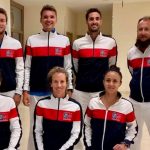