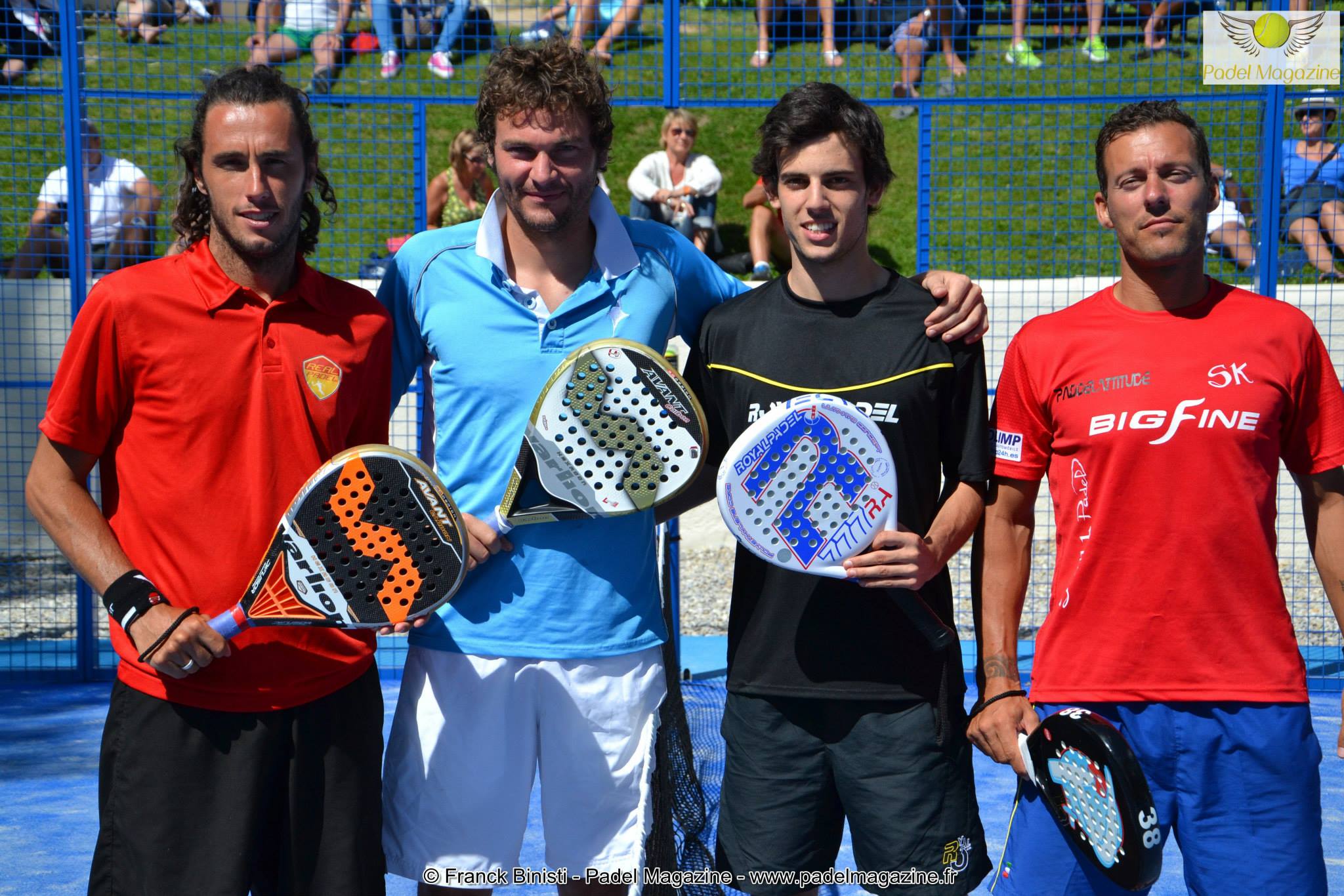 Padel Magazine - What tournament! Every year, Jean Marc Le Noir offers us a tournament that remains in every way in the memory of all participants.

Where to start ? Who to talk to? There will inevitably be unfortunate people.

Let's start with the big winners of the competition: Dario Gauna and Pol Alsina. Spanish pair come straight from the padel country that will have a big tournament.

Yet in front, there were no children of hearts. Fell in the death hen, this pair will have hurt a lot. With Laurent Boulade and Jacques Alex Sola (Aix-en-Provence), Jérémy Scatena and Robin Haziza (Sophia) and the Spanish-American pair Wayne Bosk / Victory Ruiz, the public could be delighted with the pairs present at this International Open. who has never worn his name so well.

Two pairs distinguished themselves: Our French pair came from Sophia and of course the pair 100% Spanish.

In the other pool, it was not sad either to see Dani Homedes and Nalé Grinda, Pierre Emmanuel Szaja / Marcos Del Pilard, Kevin Fouquet / Lionel Bechetti, and Jérémy Riz / Morgan Mannarino. After hard battles, Homedes / Grinda and Ritz / Mannarino came out of the hen.

The big game of the semifinals fell on Ritz / Mannarino against Gauna / Alsina. Our French fell a few steps from a resounding success in the padel world.

In the final, we are back for the rematch of the group match between Haziza / Scatena and the public against the Spaniards. This time, our French pair managed a good match and was not far from winning the match. But the Spaniards were too good and mostly a little top regular.

In women, it was Sandy Godart and Géraldine Sorrel who emerged victorious from this tournament while beating a pair very hard to beat, Kristina Clément and Laurence Andreoletti.

Finally, this year, JM Lenoir has set up tables according to the levels of the pairs. Among the men there were three chickens: The hen gold, the hen silver and the bronze. This initiative allowed for very balanced matches. It's a safe bet that next year, the tournament looks like this as the success was at the rendezvous.

We are not talking about special points, crazy games ... If you want to know? Then go to youtube to watch the main games of the tournament.