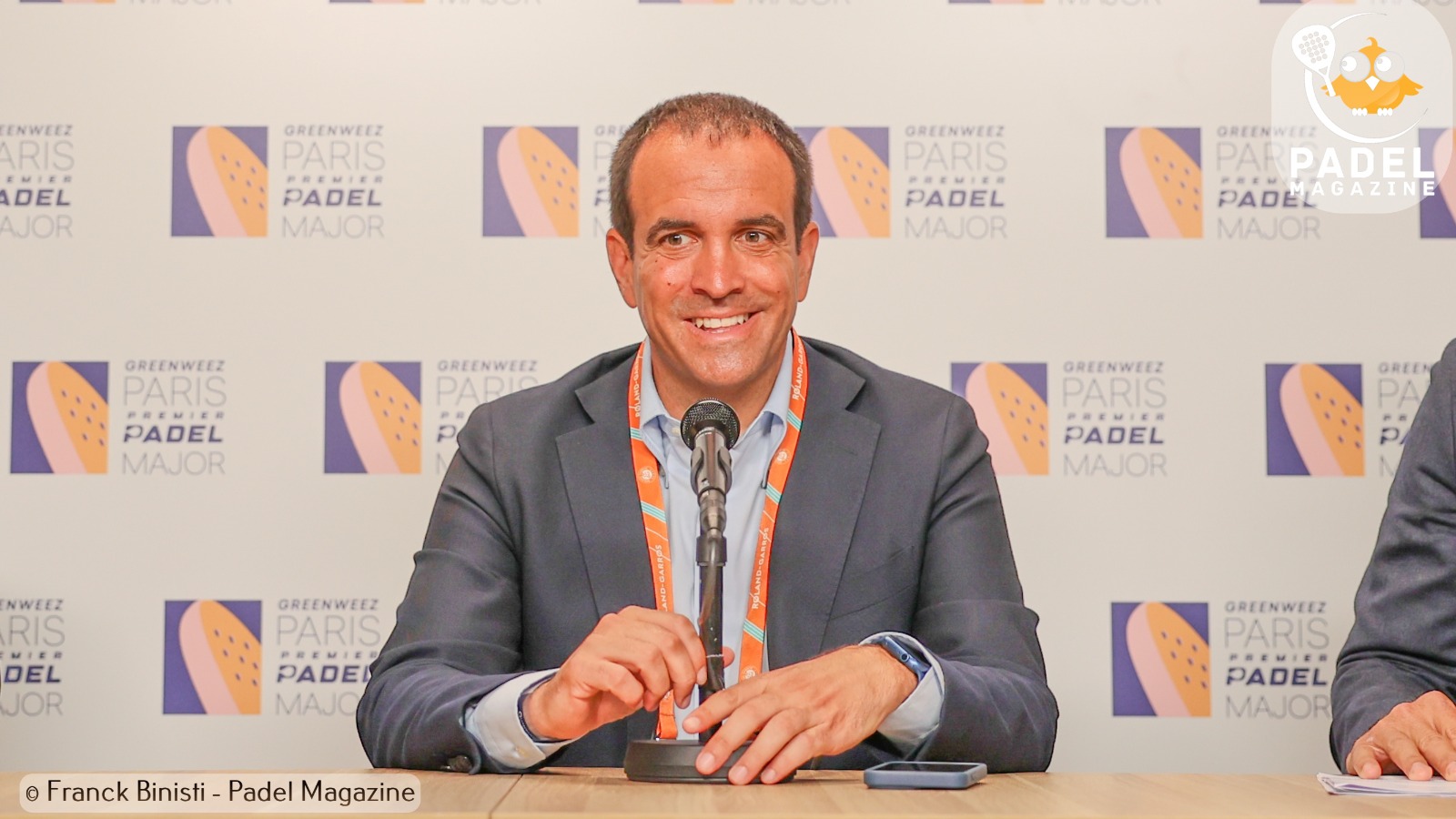 We could to interview Luigi Carraro, President of the International Federation of Padel, at Roland Garros. We now know a little more about the future of padel from here 2024.

A Major at Roland-Garros, a dream!

Frank Binisti: Premier Padel in Paris in 1 month, a “sueño” ?

Luigi Carraro: A dream that has come true. Do you remember Franck last year we talked about it here, in the same place, and we said: “France will do something”. And I told you “yes, France when it starts, it will do the most important thing. “Here we will play the tournament of padel the biggest in the world, Le Major, 2 points, 000 euros in prize money.

The players have an urge to come here that you can't imagine. Just enter their social network. The other day a player, one of the most important players in the world, while he was watching Rafael Nadal play, took a screenshot and he said: “in July we will be there”. Eh yes ! In July you will be there. And we are very happy.

FB: When you say that Roland-Garros will be the most extraordinary of tournaments, does that mean that for you, it will be above, in a way, other tournaments?

CL: No, I think every tournament is different. But we know one thing: Roland-Garros has a tradition, has one of the most elegant stadiums in the world, that we can say. And the French Federation has a unique organizational tradition. And you know, here you are living two fantastic weeks of tennis, with the public who come here, who live here, and I think that we will do the same thing for the padel. Live in this place a tournament of padel, it is something unique.

We sought to make tournaments in places which all have different characteristics. But it's clear that this, all this (he points to the decor) you won't find anywhere else in the world. The organization and the warmth of the French is something that we are lucky to have in the padel.

FB: Earlier in the conference, you said: yes, in 2024, there will be the Olympic Games in Paris, and we will try to discuss with the Federation to see how we could work ". What are you going to propose to the FFT to offer padel at the 2024 Olympics?

CL: You know, the Olympic Games are the greatest opportunity we have to show, to make this sport known. This sport only needs one thing: to be known. All the people who try to play it, all the people who see it remain fascinated by this sport. The President of the European Olympic Committee, Spyros Capralos, was present during the final in Rome. He stayed from start to finish and he was impressed. He only made videos that he sent to all his friends and he said to me: “I have never seen anything like that”.

So I think we are lucky to have the Olympic Games in Paris. Here we have the French Federation, we have a lot of things in Paris, our partner has a lot of things here. I think that by bringing together the forces of our International Federation, the French Federation and our partner, we will be able to carry out activities here in Paris that will help the dissemination of sport, and so that the International Olympic Committee knows it even better. It's true that next year we will be at the European Games, so they will have the opportunity to see it, and to see the competition of this sport. But I think Paris will be an extraordinary opportunity that we will use as best we can.

CL: I tell you a name simply: Casa padel. We have to create a Casa padel during the Olympic Games. You know that in the Olympic Games, all the countries make Casa Italia, Maison France, USA House… we have to create Casa padel here, the house of padel, and we have to do activities there, we have to invite all the IOC members to come there. In their spare time they have to come there, they have to live the padel because the padel it's not just a sport that's good to watch. He's good to play, and it's an opportunity to create a lot of sociality. Our idea is therefore to create a Casa padel here in Paris. There are fantastic places, we will work there and I'm sure it will be a nice surprise.

The development of padel in the world

FB: Objective: 2024, 40 dates, with dates blocked. Can you perhaps give us some continents, new countries, which could see this competition land?

FB: I'm not going to ask you which countries, but which area? What place specifically?

CL: Wait, wait a few weeks! Already you stole my Casa padel, the next leave it to me! (laughs)

Watch the full interview below: