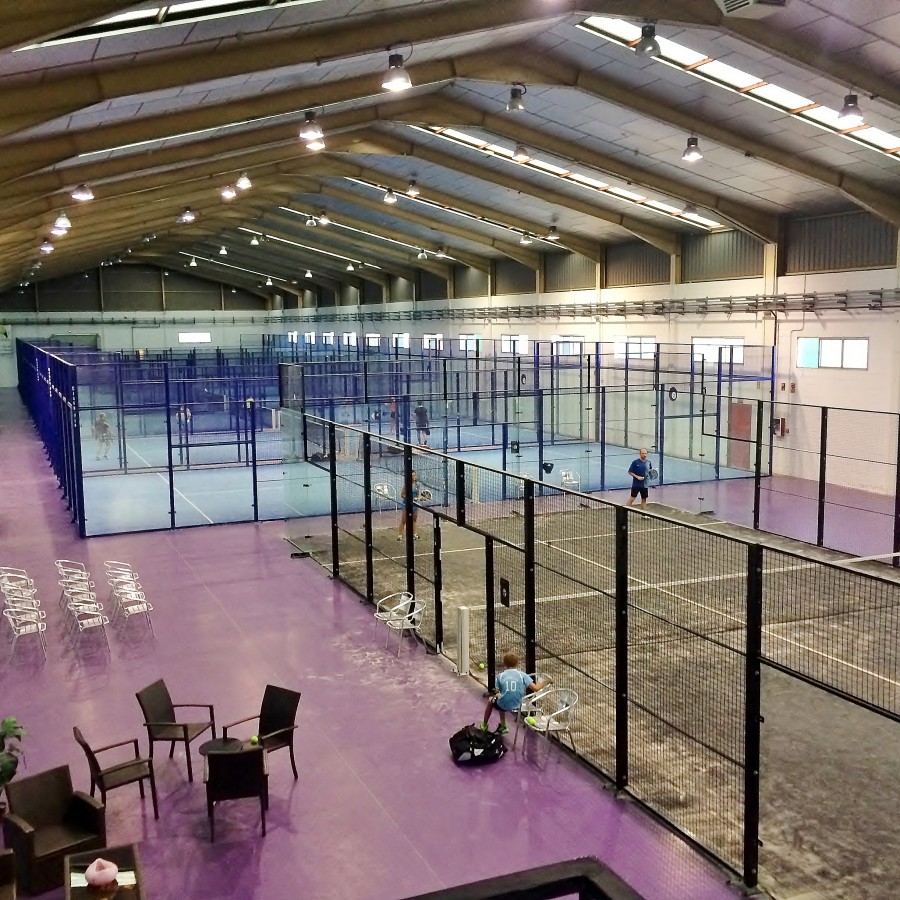 Spain is with Argentina, the country where the padel is the most developed. If throughout Spain the padel is omnipresent and continues its rise, we can say that the city that stands out as being the center of padel in Spain and maybe even in the world is Madrid.

A city bathed in the padel

There are no less than 94 clubs in the province of Madrid affiliated to the Madrid federation of padel for 897 sites. And that's without counting the countless events linked to padel in the region: Etape du world padel tour and Master WPT, Spanish Youth Championship.

Most clubs padel are located in the agglomeration of Madrid, where indoor structures have multiplied in recent years and allow you to play in all weather all year round. To illustrate this, we went to visit one of the big clubs in Madrid: Padel New Mega Indoor.

This club is located in the town of Arganda Del Rey, a town of 55000 inhabitants, 20 kilometers south-east of Madrid. Padel New Méga Indoor is a complex exclusively dedicated to padel composed of 15 covered courts, including a central field and all the space necessary to host major competitions.

This structure, of more than 6000 square meters, also includes a gym, a pro shop and a friendly bar. The club was taken over in August 2015 by Susana Zeledia (manager), Javier Sanchez and Emilio Parillo (Co technical directors).

This dynamic trio explains us that “8000 people have already played padel in the club, and 4000 play there regularly ". The club is run by Javier and Emilio, very good first-class Madrid players.

Among the practitioners, there are 25% children and 20% women. It should be noted that from 18 p.m., all grounds are occupied by practitioners or classes. Javier adds that “ this attendance is the same for the 6 other clubs in the city »(Structures made up of at least 7 sites). Many tournaments are organized every week and weekend for club members. This club is also very popular with certain professional players who regularly come to train (Sanyo Gutierrez, Maxi Sanchez, Juani Mieres, Willy Lahoz….).

If you go to Madrid, take a leap into this great club. The atmosphere is very good. And no problem if you are looking for partners.