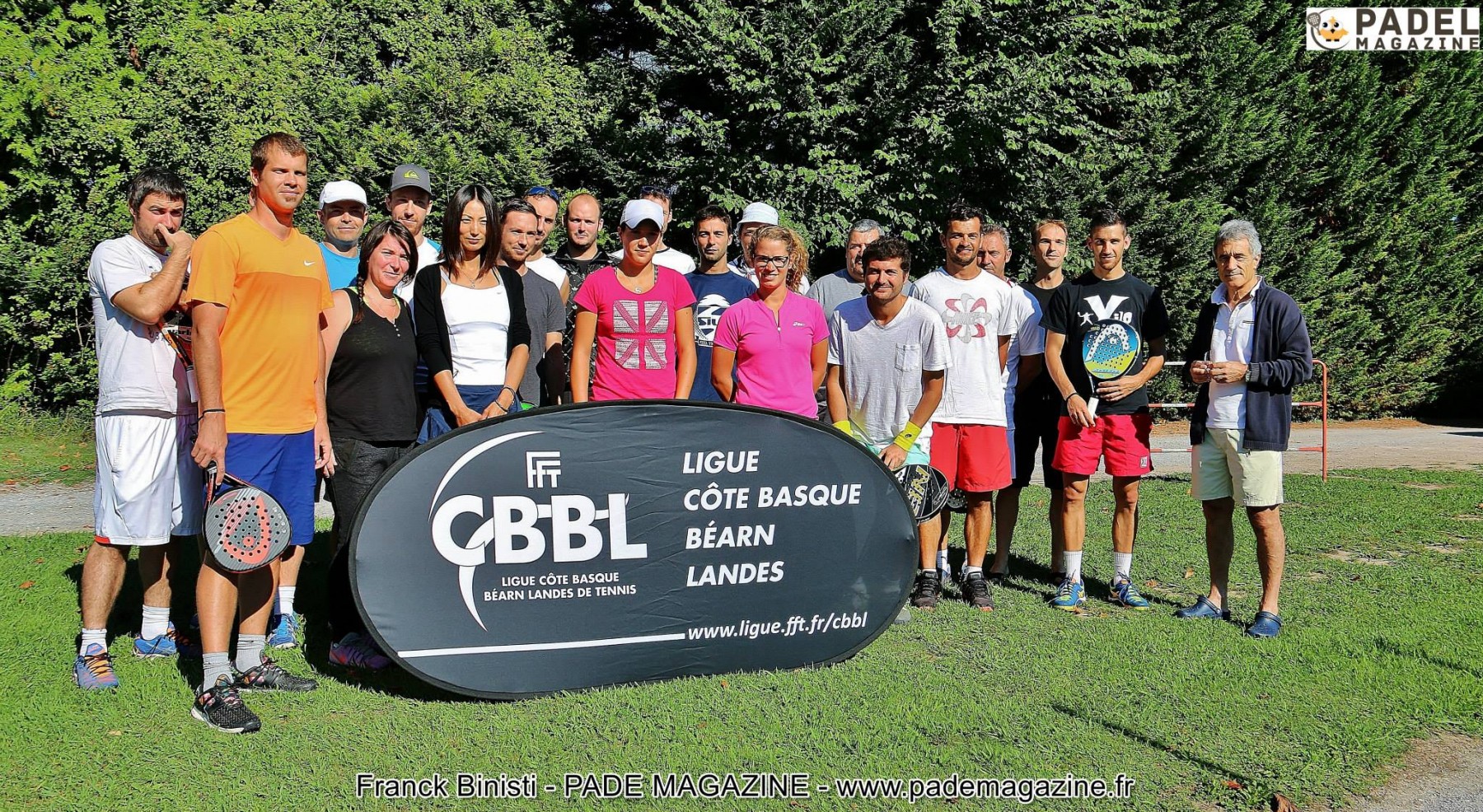 On Sunday August 2, the CBBL league (Cote Basque Bearn Landes de Tennis) organized its regional stages to send a pair of men and a pair of women to the final stages of the French padel championships which will take place on October 17 and 18 in Padel Club de Lyon (Central Padel).

The league of CBBL was the 13e league to embark on the adventure of the championships of France. The Tennis Club Luzien with its 2 field was logically the club chosen by the league for the organization of events.

The Tennis Club Luzien: « Already more than 10 years of padel »

Part of Padel's history starts here at the Luzien Tennis Club in Saint Jean de Luz. The fields have not escaped their past. Weary, tired, yes, but still padel courts in a beautiful setting with mountains and a blue sky in the background.

The president of the Tennis Club Luzien and general secretary of the CBBL league, Jean-Yves MAISONNAVE explains to us that " these lands already have more than 10 years ". President and local players therefore hope for help from the municipality for " at least renovate those lands that badly need it ».

In women, the rankings respected

Yes, there were only 2 pairs present in women. But these 2 pairs have shown us that the CBBL league has great potential at the national level. The first match was already a final. The winning pair won the right to participate in the finals in Lyon next October. " No time for a warm-up lap ».

On paper, there was bound to be an advantage for both -2 / 6, Camille MAISONNAVE (TC Luzien) and Alice TISSET (St Pierre d'Irube). 2 competitors dreaded in tennis tournaments. Faced with them, a pair brave, passionate and very far from doing nothing but an illusion: Yani LI (USPA) and Laura DE AIZPURA (TC Luzien), classified respectively 15 and 5 / 6. The first set is won 6 / 2 by the seeded No. 1. The second set is a little more complicated with long exchanges under a blazing sun. Despite a good resistance, the outsiders had to bend definitively in the second set (6 / 3).

As explains Jean-Yves MAISONNAVE « Camille MAISONNAVE and Alice TISSET have very little padel behind them ". By playing more regularly, they clearly have an opportunity to hurt during the final stages. They also have the huge advantage of having a ranking that will allow them to avoid, in large part, the big French pairs in the first games.

In men: Seeding in the seed

With 8 teams and some pairs particularly close in terms of level, we had to expect complicated confrontations.

Of the 8 pairs present, all profiles were joined. Some with more tennis than paddle and vice versa.

On paper, unlike women, we should not dwell too much on tennis rankings, because if some pairs like the number 1, brother PUCHEUX, was very dangerous, she did not have enough padel in arms to win this weekend against players with more padel on the clock. But with in these ranks a Cédric PUCHEUX former negative (currently 0) and Kevin PUCHEUX 3e at the Basque Pelota World Championship (15 / 2), it's a safe bet that we'll find them at the top soon. They will finish 3e of the competition.

In the first set, it is Raphaël JANNEL, the former French Champion of Beach Tennis and Yohan PONCHET, the former negative, who put pressure on the first game on the opposing pair by winning white. Raphaël JANNEL does not hesitate to shoot some big smashes while Yohan Ponchet distils in his diagonal some murderous balls. They will make the break at the best of times at 6 / 5 to win this first set 7 / 5.

If Franck Binisti, was particularly consistent throughout the game unlike his lost final of the Padel Infinity in Perpignan (Club du Mas), Justin Garnier was on the contrary more often on alternating current, with at times absences especially at the start of the match.

In the second set, Raphaël JANNEL and Yohan PONCHET have a slack after winning this first set and relaunch their opponents. It did not take more to Justin Garnier to charge. His match seemed to take flight. Won 6 games at 2, BINISTI / GARNIER came back to 1 set everywhere.

The time of the super tie-break had come to allow one of the two pairs to reach the finals.

That's when the " Garnier Show Began: Retro shock, Smash backhand and ... one thigh less after a violent impact on the fence.

On the 11 points that followed, the pair BINISTI / GARNIER won 9 to conclude with a 10 / 6 liberator.

At the awards ceremony (tennis, golf and paddle) at the magnificent Chantaco golf club, were present Catherine LACOSTE, Véronique SMONDACK. Catherine SABBAG NAHOUM (from the Philippe CHATRIER Foundation), the two Presidents of the Golf and Tennis Federations: Jean-Lou CHARON and Jean GACHASSIN, the President of the CBBL League Eliane HEBRAUD and the General Secretary Jean-Yves MAISONNAVE.

The regional phases are continuing with a final step in Essonne the 5 September.