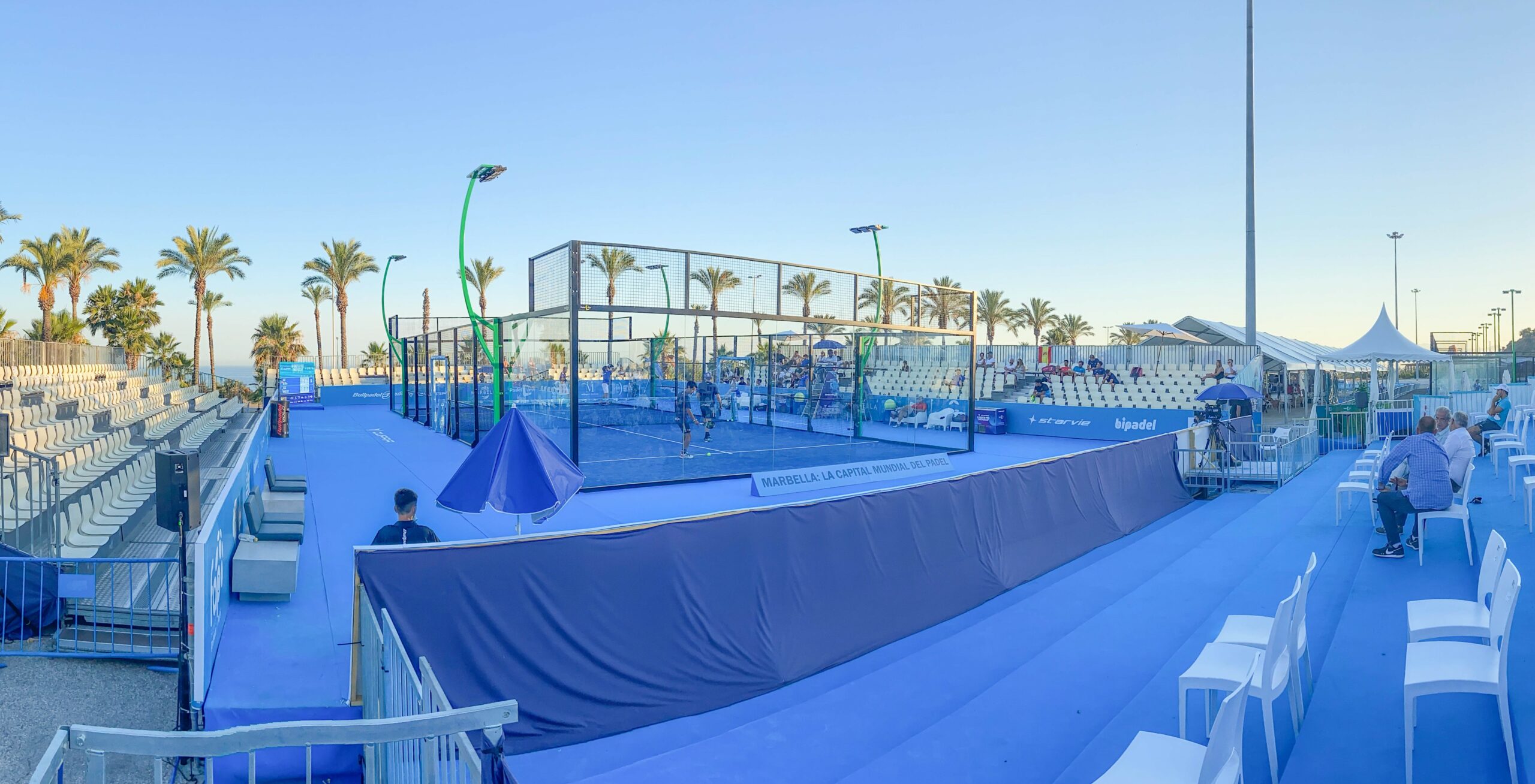 The European championships padel 2021 which took place in Marbella were quite simply a disaster in terms of organization and even a disgrace in many ways. Never has an international competition been so sloppy.

Behind the glitter, incredible shortcomings and general disorganization have surprised and even shocked many nations.

An article is not sufficient to bring together all the testimonies and talk about all the themes related to this Euro, we will soon be offering a series of posts on the shortcomings of this competition, the conditions in which the teams found themselves, the media and we will come back to some organizers whose behavior continues to shock.

The silence of the organizers

First element particularly shocking: the deafening silence of those responsible for this event. Today, we still cannot understand precisely who was doing what in this competition.

One day, institutions and organizations will have to talk about the various faults committed during this European championship, they owe it to the players and to the nations. We are really surprised to see the lack of transparency of some. 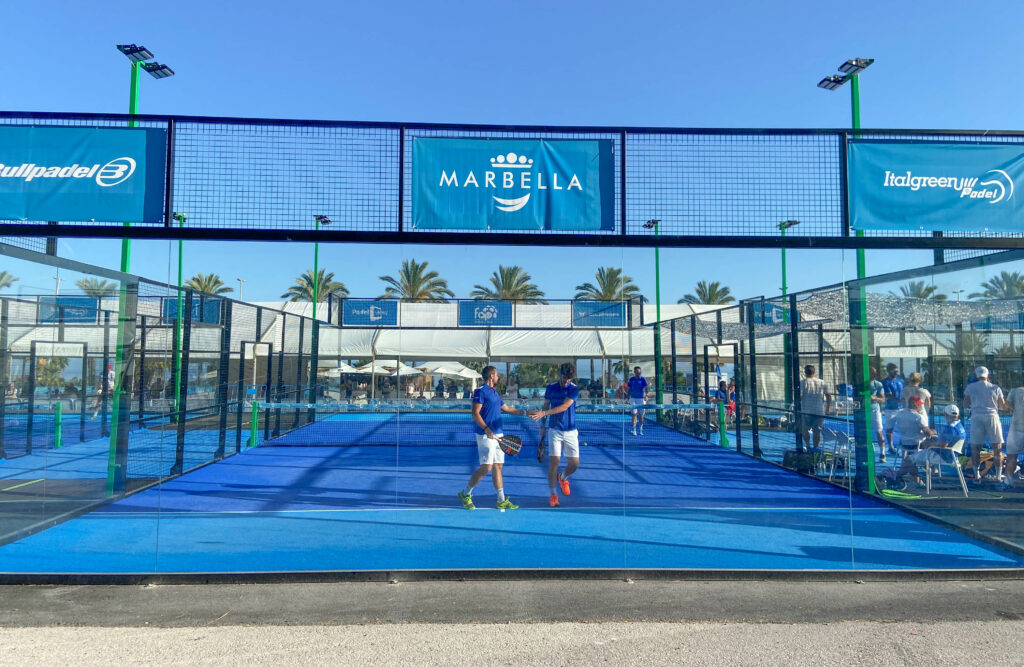 The main stakeholders were contacted: Fédération Internationale de Padel, Spanish Federation of padel, Andalusian Federation of Padel and obviously Padel View, and the men's captain of the Spanish team Juanjo Gutierrez, essential during the event.

The FIP, for example, had just achieved very good European Championships in Italy 2 years ago. And players are enjoying the stages of the FIP Tour more and more. The FEP is a large Federation of padel with the best players in the world, the FAP offered great events ...

That's why we tried to understand how the competition works? Did she function differently from the others? How did we go from the success of the Italian Euro in 2019 to the sinking of the Spanish Euro in 2021 ?

As indicated in the article, we will come back to this subject and we will try to come back also to “Management Deportiva Reunida".

A competition saved by the players

One thing is certain : the organizers can say thank you to the nations who carried and saved the European Championships of padel 2021.

Without the players, a competition is nothing. And this time again this adage proved to be correct. Despite a disastrous organization, the teams played the game to the end to offer us a superb show. The nations saved a very poorly embarked competition.

Spain quietly obtained its titles of European Champion of padel, whether in the Open or in the selection competition, for both men and women. There is undoubtedly still a significant gap between the Spanish and the other European nations.

Despite this, the European average level is increasing more and more. New nations are also coming to the padel. Small nations are getting bigger and bigger and more dangerous. Denmark even surprised its world by taking a point from France, the 3rd European nation.

Italy, Sweden and France were the leading nations behind Spain. Portugal were the big absentee. A nation penalized for “political” reasons, a theme that we will not discuss here but which necessarily had a sporting impact on these championships.

The same for Spain, sanctioned and not seeded 1 of the tournament, because it had participated in 2019 like Portugal in the other European Championship of padel organized by FEPA (European Federation of Padel). A sanction in reality for the seed nations that would end up with Spain. Result : unbalanced competition with in particular France, vice-champion of Europe and Spain in the same pool!

We will hit rock bottom when the nations realize that there is no no written regulations on the European Championships padel.

The public everywhere except padel !

We were hoping to see a lot of people in one of the lungs of the padel global. Marbella, a city that saw the first land of padel being born in Spanish soil.

The very good news: the city was living almost normally. The bars and nightclubs were even open. The streets were crowded. The only empty place: the European Championships of padel.

From the first to the last day, the European Championships of padel, which took place in the parking lot of a shopping center, were completely isolated from the rest of the city. The COVID excuse is struggling to pass: access to the stands was free, the city was packed with people and the bars were open again.

Was the communications service up to par? Does another reason explain this sinking? We will try to answer them.

While we were promised an exceptional competition, the Euro de padel 2021 will be remembered as the worst international championship we have ever experienced.

What surprised the most is the lack of reflection around this event. Everything was in Spanish while 90% of the players present obviously did not speak the language.

On the spot, no information on the event with tables, updates allowing everyone to follow where we were.

On the first days of the competition, no water for the players! We let you imagine the state of the players who found themselves having to beg the organizers for water under more than 30 degrees.

The organizers will go so far as to check the players' bags at the entrance: food and even bananas are not allowed!

And that's only the beginning. But here too, we promise you that we will try to tell you in this way the interior of a tournament which has sometimes become an ordeal for the players but also for the very rare media present on the site.

We will also come back to these famous image rights which caused a lot of talk during the competition. Because yes, in addition to the general amateurism of the organizers, the nations, federations and media have had to pay to make videos, filmed interviews, team matches on the ancillary grounds.

We interviewed the parties concerned. We have tried to understand the reasons and the organization of all this.

What were the methods of marketing these image rights?

What were the words of the organizers to make the nations pay? And what are they saying today?

We will come back to the comments made in particular by Padel View, a new entity unknown to the general public, which played a central role in this event. She explained that she bought the image rights “very expensive”To the FIP to legitimize the sale of these rights to certain nations / media. We ourselves have been confronted with this argument.

Except that the FIP would have ceded the rights for free even if we did not succeed in obtaining an official response on this point. And the speech of Padel View has suddenly evolved well since ...

We thank the nations, players and journalists who testified in this investigation and who want only one thing: that it does not happen again. NEVER AGAIN !