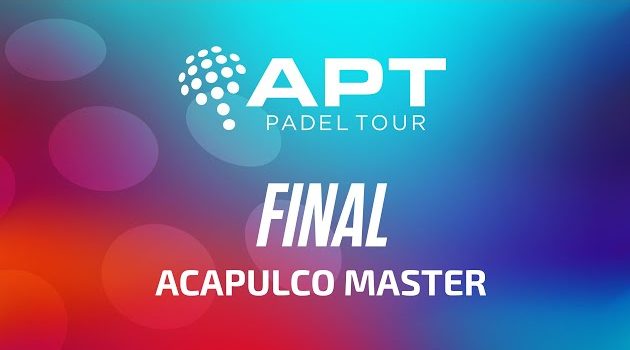 This final was played between 4 Argentinian players who know each other well.

The conditions of this match were difficult with a lot of wind and sun. The 1st set went fairly quickly in the pockets of Ozan and Aguirre; but, in the 2nd their opponents were able to erase some direct faults and make a level playing field.

After saving 1 match point at the end of the 2nd set, Lucho and Yain managed to pocket the 2nd set in the tie break.

In the 3rd the two teams went back to back, but the physical freshness of Ozan and Aguirre made the difference at the end.

they suddenly take 1st place in the APT ranking, tied with Flores and Julianoti which we will have the pleasure of seeing in a future column.