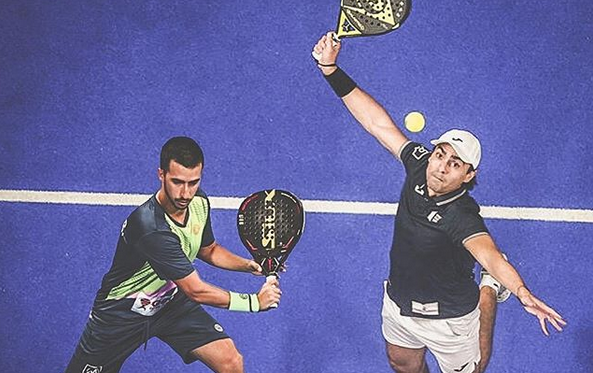 World No. 13, Juani Mieres, did he find the rare pearl with the dreaded right-wing player Álvaro Cepero Rodríguez ? On Instagram, Juani formalizes his partnership with Cepero.

The nicknamed Chiqui is well known in France for having participated in the last Parisian Challenger at Casa Padel.

Alvaro Cepero is a right-wing player. Juani Mieres will therefore play on the left. A position he knows well since he had played for several years in this position alongside Pablo Lima. An already distant time when the Mieres / Lima pair was nicknamed the princes of World Padel Tour. But most often second behind the legendary pair Juan Martin Diaz / Fernando Belasteguin.

In Juani's announcement about his association with Cepero, we feel that he necessarily has a thought on this incredible period for him. Since then, there have been some good and some not so good, especially recently with his former partner Javier Garrido.

But today, both players are further up the standings. If Juani Mieres remains world number 13 thanks in large part to the ranking blocked due to COVID, Chiqui is further in the ranking with a 34th place in the world. And the results for both players have been erratic and perhaps a little disappointing.

This new association therefore means the separation of Cepero from Antonio Fernández Cano, the 52nd player in the world that we had seen a few days ago at the Barcelona Master. With whom will he continue the adventure?

A new adventure that starts with Alvaro Cepero. He is very fast and is an excellent defender. I will therefore play again at my old left position. It brings back many memories to me. I'm motivated like never before, I really want to do it right.

Being optimistic and positive doesn't mean ignoring reality, but maintain the serenity, confidence and conviction that together we can build a reality and a different future, possible and desired for ourselves.