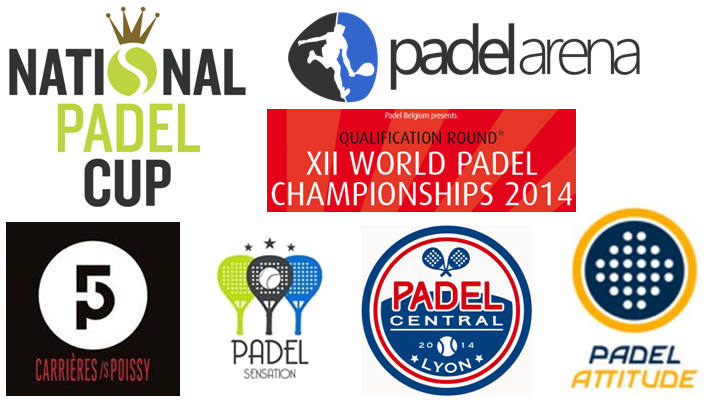 Padel Magazine - Padel has been racing for two years, but in the coming weeks, the French-speaking padel will enjoy an exceptional month.

In a few days, Lille will have the unique chance to see what is best in the padel world: Juani Mieres, current world number two.

Remember that this event takes place in a brand new padel club where a tournament has already taken place which was a real success at the beginning of the month. Juani Mieres will be accompanied by his brother and two players from France Padel Pro (Franck Binisti and Simon Boissé)

For more information, appointment on the following page: Mieres in Lille the 24 / 09: A reality!

2 / From 26 to 28 September: Qualifying Phases of the Padel World Championships in Belgium

Yes, France has not been invited for this year, but the padel does not stop at France and we will be part of it next year.

The event will take place in Belgium and promises to be magical with the best Belgian, English, Dutch, Austrian and German players.

3 / The 4 October: First padel tournament and exhibitions at the Soccer Park Carrières-sous-Poissy

Soccer Park was among the first to believe in the padel. In the Ile-de-France region, Champigny's Soccer Park has led the way by offering two indoor padel courts. The Soccer Park Carrières sous Poissy (Yvelines) is not left with not only its great padel indoor and its first padel event planned for the October 4. Tournament and exhibition of padel in the program ...

4 / October 11 and 12: Inauguration of the Padel Central in Lyon with high level

Over two days, Padel central will offer us many activities and many surprises around the padel in its magnificent indoor club. To learn more about the club, discover the beautiful article by Jérôme Becasset.

5 / October 17: Inauguration of the Padel Arena in Rouen (To be confirmed)

Inauguration with a beautiful exhibition in perspective for the people of Rouen. In October, a broad plan on this brand new club will be proposed.

We had already presented this brand new padel club in Lille. He is coming to light again with his first big padel tournament. All info in the official poster of the club.

7 / From October 27 to November 1: Official launch of the National Padel Cup

Everyone knows the National Tennis Cup (NTC), the world's largest tennis tournament. Everyone will know, the National Padel Cup (NPC). A formula equivalent to the NTC will be offered and will allow the best players in each category of their club or region to play in the final stages which take place at the Cap d'Agde international academic tennis center. The launch of the NPC promises to be unique in France.

It is rumored that the best players in the world could come to make a big exhibition, not counting the personalities who would come to play padel. The launch of the NPC will also allow a week to offer padel to all participants via a padel tournament where the winning pair will take the direction of the tropics ...